In the district of Lisbon, the capital of Portugal, is exclusive Estrela. Estrela is situated in Lisbon’s historic center, south of Campo de Ourique, west of Misericordia, and east of Alcantara.

A quaint residential area, Estrela is home to the Portuguese Parliament. Estrela’s tree-studded streets, popular with ex-pats and locals alike, are lined with boutique shops, restaurants, and cafes. You’ll also find one of Lisbon’s most spectacular open spaces, Jardim da Estrela, a 4.6-hectare park modelled on London’s Hyde Park. Alongside its neighbour, Lapa, Estrela is one of Lisbon’s most family-friendly neighbourhoods, with plenty of excellent nurseries, schools, and universities close by. While this neighbourhood has a more laid-back way of life, the main arteries of the capital, such as Avenida da Liberdade, are still within walking distance. If you fancy a city break, the beach is only a 20-minute drive away. Estrela’s current parish is a short stretch of this beautiful city, distinguished by its dynamism, cultural and religious diversity. 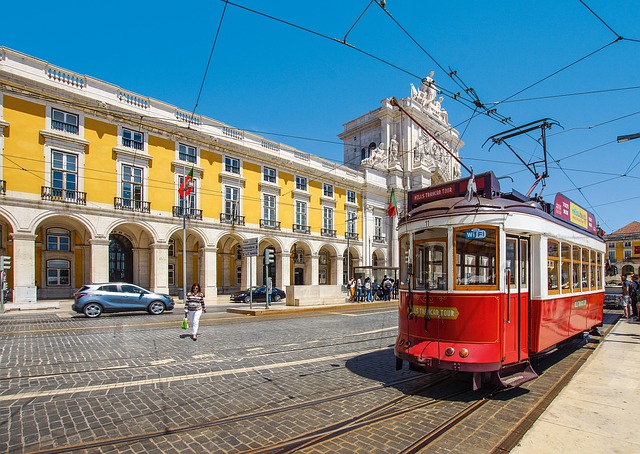 The parishes of Lapa, Prazeres, and Santos-o-Velho, span from the riverside through the Basílica district, are added to Estrela. Estrela’s parish owes its name precisely to the Basilica of Estrela, a convent founded in 1572, where the Hospital Militar Principal is built today. The city was the second most exclusive Lisbon city, preferred by higher-income upper-middle-class households. The most distinguished and wealthy families have chosen this area, there are still palaces belonging to those families today. The Estrela district is one of Lisbon’s most important places, situated in the city’s heart.

What is there to do in Estrela, Portugal?

The Orient Museum was established in 2008 to combine the West and the East in one place to display art, information, and relationships between these people. The richness and genius of this project at the European level are evidenced by Portuguese navigators and Asian works of art. This museum encourages interaction between two distant cultures, putting aside war, intolerance, and bigotry, emphasising understanding and peace through art, culture, and trade.

Through the works displayed in this museum, a connection was created, assigning meaning to art and to present differences in both worlds, harmonizing and exalting its positive material. The Estrela Basílica, can be classified as an important religious building and a fundamental structure prepared and decorated just like the Mafra Convent. There are two impressive Bell Towers in the Basilica and a crib made on the inside. Cork and terracotta are consisting entirely of 500 parts. Another reference pot is the Calcada da Estrela, retaining its original appearance and showing several buildings dating back to the nineteenth century. There’s one of the most beautiful squares in the city at the end of Calcada: Largo da Estrela. The five streets of this square near the Palace of Sao Bento seem to be like a star, called Largo da Estrela, meaning Star Square. Starting in Calcada, in the XIX century, the Estrela neighbourhood developed to what it is today.

Estrela is the main point of government activity. The Palace of Sao Bento occupies about 2 hectares of the entire area of the Sao Bento Convent, having undergone many renovations during the reign of Marcello Caetano, after the April Revolution in 1974. Still, the facades of the building were not touched. Next to it, a palace built-in 1877, where the Prime Minister lives, the Prime Minister’s Office, and the Parliament. There is also a marina along the Tagus River that allows lovers of marine life to enjoy the river and its features. One of the most significant green areas, is the Tapada das Necessidades Garden. Joao V, and also the Garden of Estrela, another beautiful space to explore.

The Tomar Marquis designed the Estrela Garden in 1852. Joao Francisco and Jean Bonnard were the gardeners responsible for planting the English-style garden, where we can find the Antero de Quental statue. For nature lovers, the Tapada das Necessidades garden is a spot to visit and enjoy. The beautiful views and the Tagus River’s natural beauty must be seen as perfect references to the capital. In addition to the quality of life and accommodation excellence, Lisbon’s assets are also focused on tranquility and harmony. There is a playground for children, which is part of the Estrela Garden, with suitable games from babies to adults relying on lions, giraffes, tunnels, climbing, and various activities that ensure fun for all, particularly for the youngest. For those who want to exercise or breathe fresh air, this site boasts a rich fauna and flora and a friendly atmosphere. There are many cafes, kiosks, and terraces in the Estrela Garden. There’s also a kiosk-library for literature lovers.

What sports are on offer in Estrela, Portugal?

There are various sports activities including skating, martial arts, health, and self-defense, Estrela has the Jui Jitsu Academy and Portuguese Aikishurendojo Association, working to disseminate culture, education, and Aikido sport, and whose instructors and athletes have already travelled to Japan.

Access to public transport in the city is simple and convenient, either by bus or the typical Eletrico in Lisbon or by car, allowing quick access to the city’s key commercial areas.

How do you reach Estrela, Portugal?

Daily short haul flights to Lisbon Airport are available from the UK and Europe. Estrela is only a 30 minute drive away from the airport.

Estrela’s summers are mild, dry, and usually clear, with rainy, windy, and partly cloudy winters. The temperature usually ranges from 9°C to 29°C, over the year and is rarely below 5°C or above 35°C. The best time of year for hot-weather activities to visit Estrela is from early July to early September. Lisbon is a safe city to live in as well as being a delightful one. Estrela offers an upmarket location to visit or live in.