5 Reasons to Buy Property in Antalya

Anyone looking to buy property in Antalya is on the right track. The vast region including the main city centre and smaller coastal resorts like Belek, Alanya and Side shows much potential for the future.

Out of all the places forging ahead in the Turkish real estate market, Antalya has always proven itself to be a winner, but local council officials are not prepared to rest on their laurels, and future plans look promising.

Covering the eastern Mediterranean coast, Antalya has for many decades been the second most visited holiday destination in Turkey, after Istanbul. Loved by many nationalities, its cosmopolitan ambience accommodates everyone regardless of social background.

Of course, if you have the cash to splash, it is home to some of Turkey’s most luxurious hotels, but otherwise, people on a budget also find themselves at home there. Tourism is not its only strong point.

It’s a pulsating hub of business, shopping, nightlife, excellent gastronomy, and a pivotal part of the Turkish Riviera. Let’s not forget its extremely active property market and large communities of expat residents. 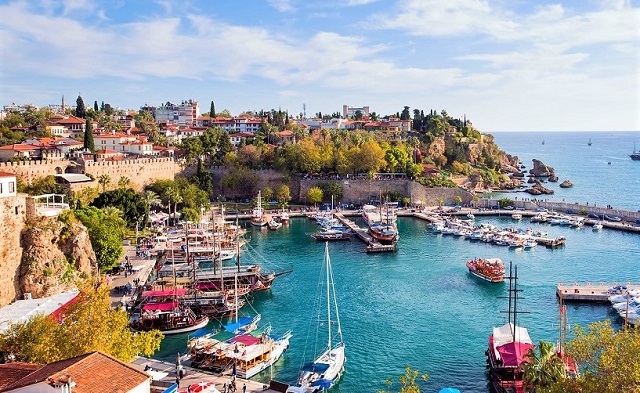 It sounds cliché to start with the weather, but Antalya has a distinct advantage that other regions don’t have. Turkey has three different climate zones. This isn’t unusual because it is the 37th largest country.

However, what is strange is that in any given month, weather patterns around the country vary. During June, people living in the Northeast Kackar mountains wear jackets and boots to fend off the cold, while holidaymakers in Antalya are getting sunburnt on beaches.

However, during winter, Antalya’s unique climate system really shines through. While a blanket of snow and rain descends on Istanbul, Antalya property owners are swimming in the sea and sitting outside al fresco style. It’s year-round gorgeous climate particularly attracts retiree expats, who want a dream home in the sun for as many months as possible.

Antalya is an extremely cosmopolitan region of Turkey and for good reasons. It accommodates many cultures from East Europeans, to Brits to Middle Eastern. Each nationality shines through in daily life as seen in the immense variety of restaurants, shops, themed bars and businesses, as well as a variety of languages spoken by foreigners and local Turks.

While it is nice to enjoy the diversity, its purpose stems much further than that. Foreign property owners find it easy to settle in daily life in Antalya. They can find their own cultural themes, yet also tap into a multitude of other traditions, effectively making the region, a mini United Nations.

Real estate in Antalya is alive and kicking. According to newspaper reports, in 2017, it was the number one destination for property purchases by foreigners. It even beat Istanbul by just over 25,000 purchases, and this is surprising because Istanbul leads the way for domestic buyers.

With a constant turnover of buyers and sellers, the activity is seen in its regional portfolio, listing a wide variety of off, plan, new and resale apartments and villas. Buyers also have another edge because compared to markets of western countries, the Antalya real estate sector is still in its infancy, reflecting in lower prices per square meterage.

Starting around £45,000, potential property buyers have a lot to choose from. Confidence in the sector is also contributing towards its popularity because should property owners need to release their real estate assets into cash, they will find an ever-evolving market of Turks and foreign buyers to market to.

Getting to and from Antalya via other countries is incredibly easy because of the ultramodern airport. Handling more than 18,000 domestic and international passengers every year, it is the leading touristic airport of Turkey.

The region as a whole also has a strategic location. Sitting aside the prominent D400 highway running from the east to west of Turkey, car drivers easily get about. However, it has also laid roots for an impressive and cheap bus transport network between places in Antalya and the rest of the country. The transport network is one of the best in Turkey and is a strong appeal for potential property buyers.

Antalya has undeniably reached great heights as a thriving region of Turkey, yet they want a bigger slice of the pie. Several infrastructure projects are planned, and some will have a significant impact on the region’s economy and already widely celebrated fame. The Tunektepe cable car was a small project but as the cheapest cable car ride in Turkey has already welcomed thousands of visitors.

The Konyaalti beach district has also received an overhaul thanks to modernisation works that took place in 2017 but, the project everyone is talking about is the Bogacay Creek Basin that will introduce a new ultramodern marina to Antalya.

Also including large residential and commercial districts, real estate activity in this area has been feverish. Although not cemented, hopes reign high for the Bogacay project to also include a film studio and school that could rival universal studios in the US.

Lastly, plans for a new port could hold up to four cruise ships and 470 yachts at any one time. If achieved, the potential impact of Antalya as a cruise ship destination would magnify to massive proportions.

Of course, plenty more reasons to buy property in Antalya include the low cost and extremely healthy way of living, but what’s gaining all the attention at the moment is the favourable exchange rate between the Turkish lira and other world currencies. Buyers really are getting a bargain. For more information, see our Antalya property portfolio here, or call us to speak with an experienced sales representative. 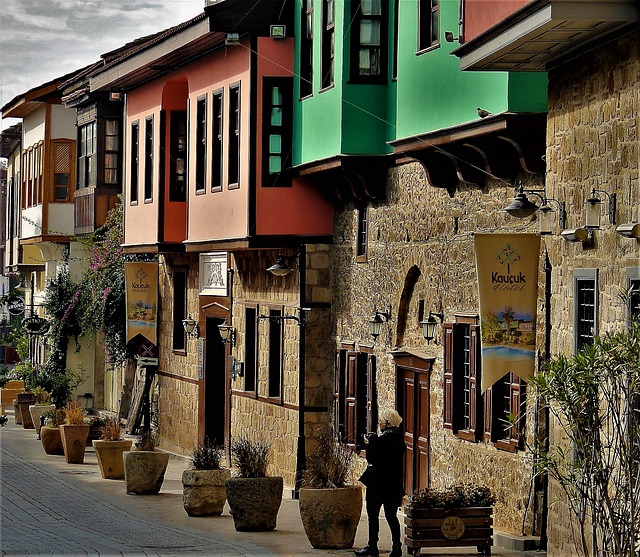