Home > News > The Best Place to Live in Spain : An Expat Guide

The Best Place to Live in Spain : An Expat Guide

When deciding where the best place to live in Spain, forget about the tourist lifestyle because living abroad, means affordability and lifestyle preferences will drive your decision. Remember this is about more than a two-week holiday. At the same time, as indulging in beaches, Flamenco dancing, golf, sunshine, paella, tapas, and nightlife, you still need to deal with day-to-day issues, especially if you plan to raise a family. These include utilities, the Spanish culture, crime rates, the cost-of-living, residency process, language barrier and what investment municipalities makes into their communities.

The good news is that there are many desired areas to choose from. The diverse regions of Spain feature various small towns, villages and big cities that are all home to foreigners from around the globe. Naturally, given its geographical landscapes, most retirees head to the coastline, especially the Andalusia region that features hotspots like Malaga, Seville, Granada, famous Tenerife, and Ibiza. Other popular places to live include the Costa Brava in the Catalonia region, Benidorm, Menorca, Lanzarote, Nerja, and Fuengirola.

Meanwhile some families and especially working expats head to cities like Madrid, the capital of Spain, and Barcelona. If you have not already noticed, there is a general trend here. Most foreigners gravitate to Southern Spain, simply because of better weather, more English-speaking communities thanks to its tourists’ industries, better beaches, and those Mediterranean vibes. Let’s look at those places in more detail.

Best Place to Live in Spain

Sitting on the Costa Blanca, Alicante’s foreign population accounts for roughly 15% of their citizens proving its worth, as one of the best places. As the city name and larger province, Alicante delivers everything on your doorstep, including year-round flights from many countries. Sitting 25 miles from Benidorm, summer life revolves around beaches and promenades, and unlike other destinations, it adheres firmly to its cultural heritage. 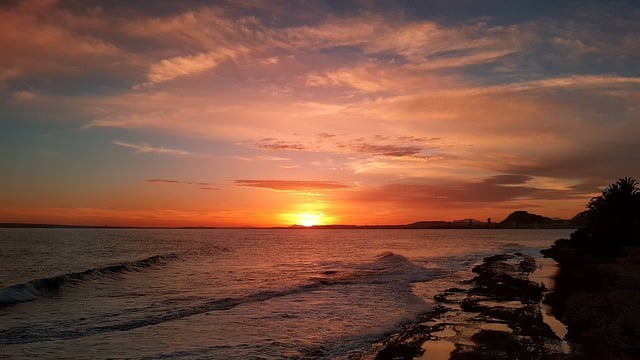 However, should you be a food lover, also expect restaurants that sell cuisine from around the globe. If beaches are not your idea of fun, expect a lot to do including museums, old churches, and historical sites, but we are sure that mild winters and hot summers will be enough to entice you. More about Alicante.

2: Mallorca in the Balearic-Islands of Spain

Also known as Majorca, this great place will suit anyone looking for island life. Most action happens in picturesque Palma, especially the old town district that is a travel hub to stroll cobbled streets while indulging in exceptional shopping, Spain’s culture, and sightseeing. 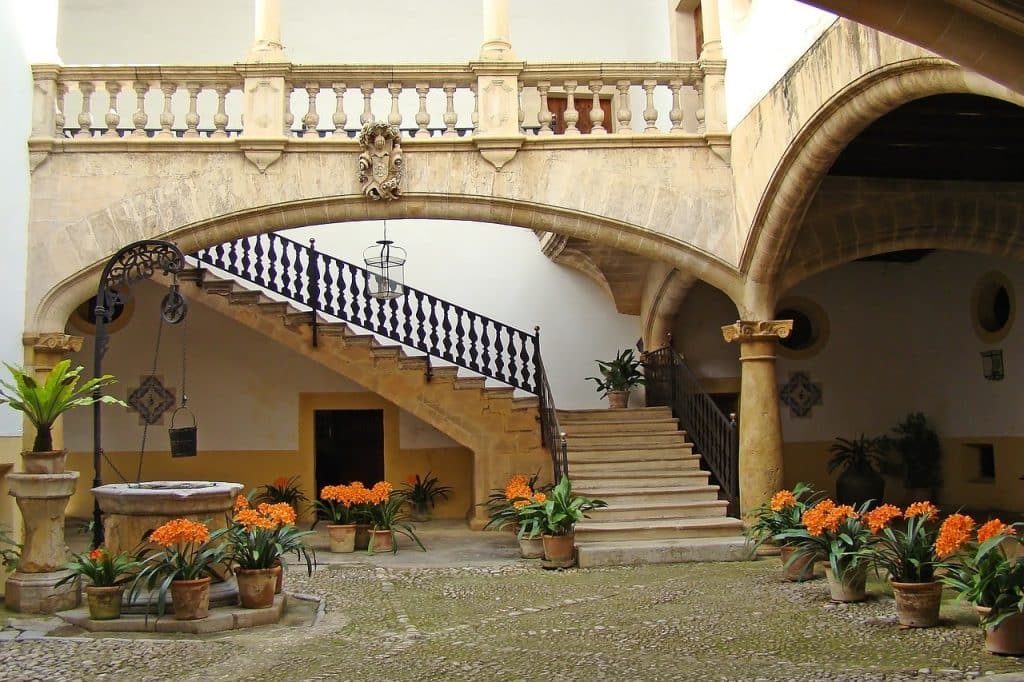 Anyone looking at buying property will find the average house price affordable. Other destinations include Cala Lliteras, Canyamel Pins, Sa Rapita, Migjorn, and Cala d’Or. Gastronomy is also significant in Mallorca as evident in the five-star Michelin restaurants, otherwise, naturally, as an island, expect copious amounts of beaches, coves and bays to enjoy. Read towns in Mallorca to start a new life.

Marbella’s reputation stems around glitz and luxury, especially in the Puerto Banus golden mile district. Belonging to the Malaga area, this is the marina hub where high profile brands and exquisite restaurants do a roaring trade. Water sports are also big business. 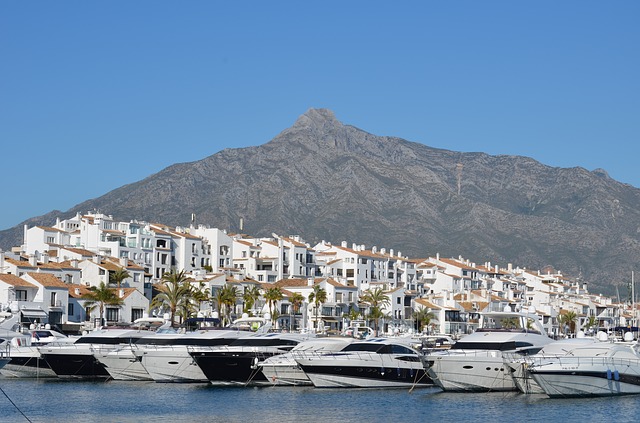 Many say, Marbella has the best shopping and nightlife scenes in the south of Spain, yet should you want peace, quiet and a chance to connect with Mother Nature, there are many hidden places of beauty nearby. Malaga city is a kilometre drive away, and a bit further away at 80 kilometres, you will soon arrive at Gibraltar. One great advantage of living in Spain is that you can also island-hop to Majorca, Ibiza, and Menorca.

4: Best of the Best in Prestigious Sotogrande

This Andalusian area is a privately owned residential area but will suit anyone looking at the more finner side of life. Covering 25 square kilometres and heading inland, it boasts a high-profile marina, top-notch golf courses, and high-profile residents including former politicians and celebrities. 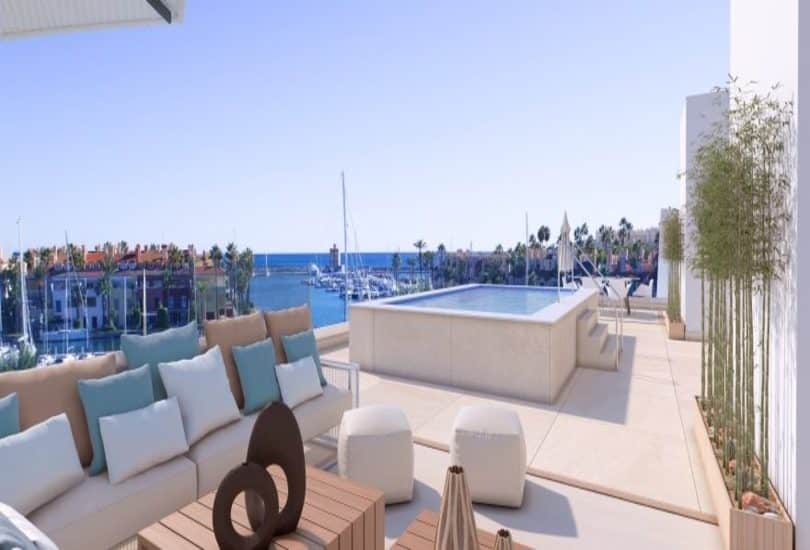 When it comes to the housing market, don’t expect a blanket of modern, whitewashed architecture, since various styles appear including gothic, Moorish and a Swiss chalet. Another key concept is that much effort has been taken to protect local wildlife, making it a great base to enjoy the outdoors.

Also called Xabia, the nickname of Javea is the pearl of the Costa Blanca, and this accurately reflects its beauty. Its geographical position gives a slightly cooler temperature than other places in Spain, and since Javea is only 52 miles from Alicante airport, it makes an ideal year-round base for those who want to jet back often to see the kids. 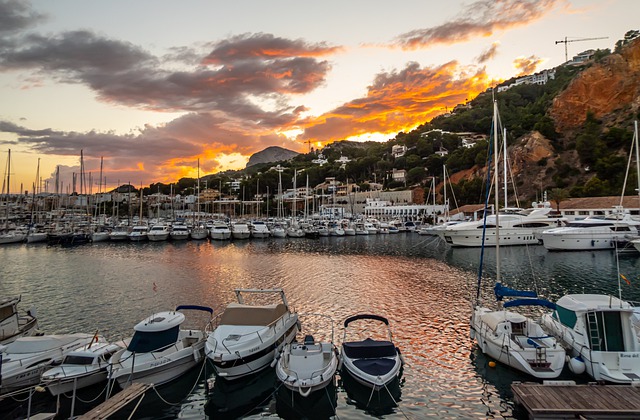 Most tourists enjoy this area’s beaches, but Javea also offers oodles of Spanish charm and history. While there, we enjoy boat trips, fishing and scuba diving, and a must-visit is local restaurants renowned for their seafood cuisine. Although there are plenty of nightlife choices, most are family orientated, sit down venues, so you can also grow your social circles.

Living in Spain: Any expat will tell you that international living brings specific challenges, including getting to know your new host country. Spain is often called one of the best European countries for relocation, and in this article, we talk about life in Spain and tips for retiring.

Areas of Spain: If you want more information, our area guides will be of use. Talking about affordable places, rankings, Spanish cities, the countryside, seaside resorts, and more, it brims with information. Alternatively, speak with a local agent about buying property, or the best place to live in Spain, by calling or emailing us today.