Home > News > A New Addition to Cave Tourism in Turkey

A New Addition to Cave Tourism in Turkey

Even though turmoil in recent years has prompted a decrease in year-on-year visitors to the country of Turkey; tourism stats are still much higher than they were at the turn of the century. One prominent reason for this is the intense diversification, of its tourism structure to capture the attention of many different niches of travel.

To promote each region, officials targeted local, natural landmarks, and cave tourism in Turkey was born. Excluding the man-made stone caves of Cappadocia, the geographical landscape of the country has hundreds of natural caves, of which many have the potential to become popular attractions. 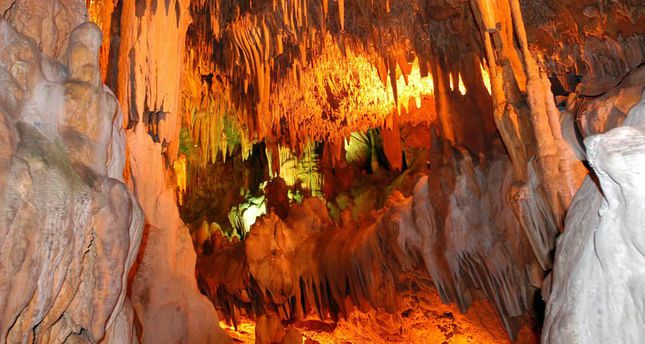 Inagzi Cave in Zonguldak Opens to the Public

The latest cave to open to the public is Inagzi in the Zonguldak region. While foreign travel publications and guidebooks rarely feature the district, it is popular with domestic tourists, most of who are eager to explore the natural landmarks of their native country.

The dramatic appearance of the 793-meter-long Inagzi cave is likely to amaze visitors, with its ancient stalactites, and stalagmites overlooking drip pools. Quoted by speleologist Engin Zaman as one of the most memorising caves in the world, an intense clean up took place at the beginning of June, not only to prepare it for public viewing but also to promote environmental awareness.

Zonguldak has a long-standing reputation as the prime mining capital of Turkey, so caves are in abundance but mostly mined for coal. The addition of Inagzi cave brimming with the robust evidence of Mother Nature is a much needed and welcomed addition to diversifying its tourism portfolio.

The success story of Incirliin Cave in the mugla“>Mugla region of Turkey proves the growing popularity of cave tourism in Turkey. Opening in 2016, to much-celebrated hype, the cave sits near the holiday resorts of the Bodrum peninsula and is also within a couple of hours drive from Kusadasi and Altinkum. Local travel agencies in all the resorts sell day trips to the cave overlooking the Gokceler Canyon.

In intense humidity, visitors follow a manmade walkway, taking them around the cave, although the discovery of ancient skeletons, suspected to be thousands of years old has prompted the closure of one small section. Finishing the trip, with a swim break in the nearby Uyku Vadesi (sleeper’s Valley), this new day trip boosts the popularity of  the Aegean tourism scene that is crying out for new and exciting activities for visitors.

While the caves in Bodrum and Zonguldak are recent and new attractions, Damlatas Cave has for many years featured as one of the main attractions of Alanya on the Mediterranean coast. Marketed not only as a local attraction but also tapping into medical tourism, it is the second largest cave in Turkey.

The high amount of carbon dioxide in the air of the cave promotes extreme humidity, but for many years, rumours and urban legends say the air helps breathing and alleviates symptoms for people living with asthma. Hence, many visit the cave day after day seeking relief and testify that the rumours are true.

All these examples prove cave tourism in Turkey is growing, and with more than a hundred prime examples featured across the country, anyone with interest in speleology will certainly be at home.