To cope with the resurgence of interest in Turkey by British holidaymakers, Turkish Airlines has launched a new Gatwick to Bodrum route. The country, after suffering a downturn in tourism for the last three years has rebounded in 2018 to be in top demand.

Holidaymakers are also finding themselves at an advantage thanks to the extremely high currency rate between the British pound and the Turkish lira.

The route that launches on June the 13th will run every Wednesday and Saturday, until September the 8th when the high season of tourism typically finishes. To celebrate the launch, Turkish Airlines offered a flash sale deal of £99 return on selected dates. 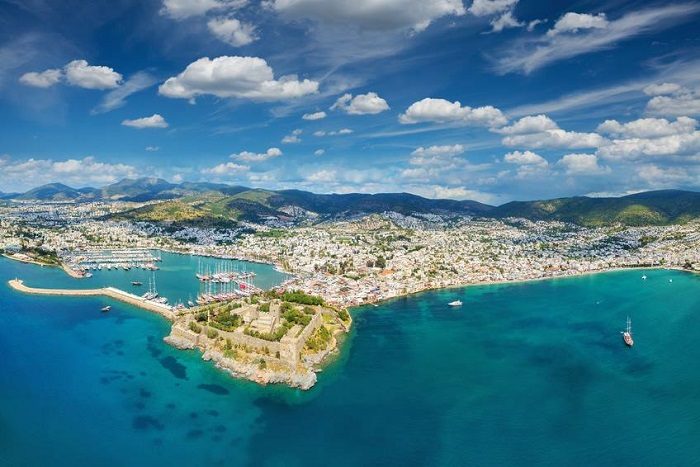 For many decades, the Bodrum peninsula has been a preferred destination for British holidaymakers who mainly prefer the small towns and villages of Gumbet, Yalikavak and Turgutreis.

The region also garners fame within the domestic tourism trade with many Turks heading there for the summer holidays. Villages like Torba and Turkbuku are favoured hangouts for rich and wealthy Turks, while in recent years, the Yalikavak district has risen to elevated social status, thanks to the construction of the Palmarina Mega Yacht Marina.

In 2017, a Saudi  Prince made headlines when he holidayed in Bodrum with his entourage. Other celebrities that have been spotted in the area include Kate Moss, Jade Jagger. Lindsey Lohan and Naomi Campbell.

Aside from that, Bodrum has also attracted the attention of international expats, who have bought property and live there all year round.