Staying true to its long-established reputation as playground of the rich and famous, the Bodrum region of Turkey, is this week hosting the Prince Talal bin Abdulaziz Al Saud, a member of the Saudi royal family, visionary investor, and avid philanthropist, worth 18 billion dollars.

Arriving at Bodrum airport on his private jumbo jet, the prince, family and friends were transported to their hotel in six VIP cars and a bus, escorted by police vehicles and private security teams. A removals truck transported 300 suitcases that came with the Saudi prince and his fellow travellers. 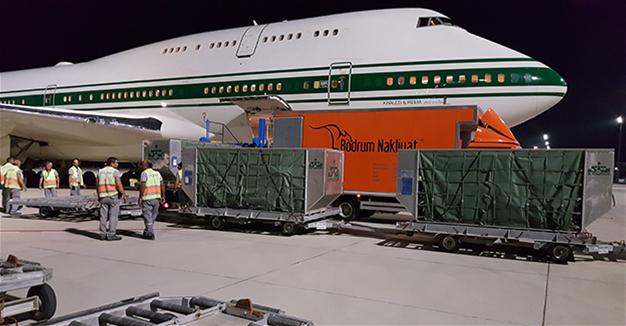 The Saudi royal family are not newcomers to the Bodrum region. We reported back in 2012, their long-standing love affair with the peninsula. Owning property and bringing their luxury yachts to Bodrum, many family members have enjoyed summers in the district that has also hosted other wealthy celebrities such as Tom Hanks and Beyoncé.

Prince Talal bin Abdulaziz Al Saud, who is famously quoted as saying “If I am going to do something, I do it spectacularly, or I don’t do it at all” is staying in a luxury villa before heading out on a cruise around the coastline on his luxury 280-foot mega yacht, formerly owned by Donald Trump. The 40 million USD yacht also famously appeared in the James Bond film, “Never Say Never Again.”

So far, the prince, whom Forbes called “The World’s Shrewdest Businessman” has been spotted dining in the marina district of Bodrum town and enjoying leisurely bike rides flanked by his private security teams.

Educated in the United States, the prince is famously known for his liberal views, work for women’s rights and active participation of UNESCO. In 2008, Vanity fair also put him on the list of 100 most influential people in the world.

The prince, along with friends and family are staying in Golturkbuku, before heading out on their luxury yacht. It is no surprise that they choose this destination, because not only is it the most prestigious town on the Turkish Riviera but also ranks highly as one of the most upmarket places in Turkey.

Influential executives and wealthy celebrities often choose the resorts and its five-star establishments for the privacy and famed hospitality. The former model and western star Kate Moss, along with her friend Naomi Campbell prefer the detox centres of Golturkbuku, often returning year after year.

Labelled as the Saint Tropez of Turkey, luxury villas in Golturkbuku can often sell for millions of dollars due to the resorts esteemed social status.