Tourism in Alanya is the Mediterranean Coast’s Star Performer

A recent report by the Anadolu News Agency has revealed the industry of tourism in Alanya hosts one out of ten foreign visitors to Turkey. Commonly, when travel stats are published, the town is grouped in with Antalya, the vast region that it belongs to, but the report looked to drill down to specific areas and Alanya has come out on top.

With an average all year-round population of 300,000 people, this swells to 500,000 during summer as many nationalities descend on the coastal resort for their annual vacations. Including Brits, Alanya is also popular with Russians, Germans and East European visitors.

Stats for Tourism in Alanya

Entering via the ultramodern Antalya airport or recently opened Gazipasa airport, in 2017, Alanya hosted 3.5 million foreign visitors, from 72 different countries, while Turkish holidaymakers boosted the figure to 4 million. This meant one out of three visitors to the Antalya region holidayed in Alanya.

The Touristic Entrepreneurs association (ALTID) released the figures, crediting Alanya’s 70-year history as tourism professionals for the results. The hotel bed capacity of 125,000 beds, accounts for 30% of the Antalya region’s capacity. However, plans are in place to increase that, so they can reach their 2023 vision goal of 5.5 million visitors, nearly double the amount it is now.

Other action plans include diversifying tourism activities away from beach holidays which form the main bulk of reasons for vacationing in the area. They also want to tap into the beautiful winter climate that makes outdoor living a cert for many months of the year, as well as attend 33 international travel fairs around the world. 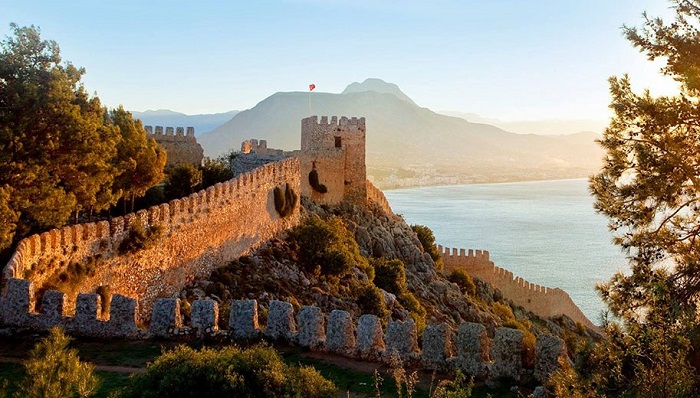 As well as celebrating the results, they are cautious about just focusing on visitor stats and emphasise a need to ensure revenue increases inline. So far in 2018, many holiday hotspots of Turkey are reporting an increase in visitors, but revenue has struggled to keep up with year-on-year predictions.

The Touristic Entrepreneurs Association also paid credit to word-of-mouth advertising often done by foreigners who live there all year round, citing it as another reason tourism in Alanya has increased. Alanya has a large expat community of which many have bought properties because of cheap prices, a low cost of living, and an outdoor lifestyle.