A statement by the president of the Turkish Exporters Assembly revealed that the Turkish government is optimistic it will surpass 2017 export targets. By November of 2017, exports were showing a 14% increase year on year, netting a total 142.4 billion dollars. The year-end goal is 156.5 billion.

Crediting the massive surge to the automobile industry, it has once again proved to be Turkey’s golden egg as it outperforms other sectors to continually be their number one export, netting 2.6 billion in November, and 26 billion from January to November 2017. The textile and chemical products industries follow it.

Although industry insiders are pleased with the results, they also express dismay at the current value of the Turkish lira versus USD, which is responsible for negative figures of more than 1.1 billion USD.

However, the Turkish Export Assembly says the Central Bank of the Republic of Turkey reacted responsibly to the volatile nature of the currency. Regardless industry exporters are still looking forward to measures that return the currency exchange rate to an average of 3.65 Turkish lira to the dollar. 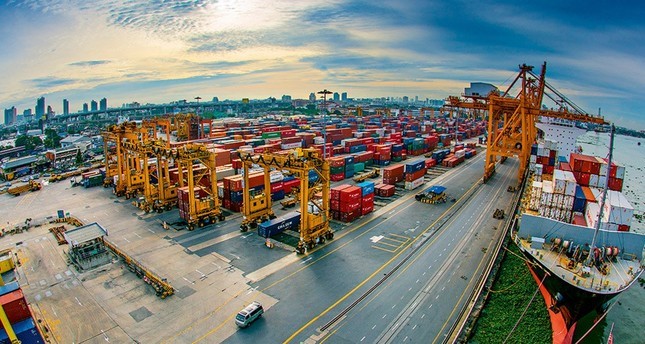 Despite the roaring success, figures by the Turkish Statistical Institute (Turk Stat) show that it will not be the best performing year since they are unlikely to hit the earlier record target for exports set in 2014 that netted $157.6 billion.

Devastating events in Turkey and around the world caused exports figures to drop in 2015 to 143.8 billion USD and even further in 2016 to 142.5 billion USD.

Turkey is currently exporting many goods to 161 countries of which Germany is the first, closely followed by the UK and Italy. These collectively add along with other nations to EU imports that make up Turkeys number one export destination accounting for roughly 50% of the market. The highest increase of goods showed in results from Romania that increased their Turkish imports by a staggering 45 percent.

The announcements came at the same time as the Organisation for Economic Co-operation and Development (OECD) revised Turkey’s growth forecast from 3.4 % to 6%. They also cited the growth in the export market as the primary reason along with tax incentives unveiled during 2017, to stimulate consumption.

The OECD is following suit from the International Monetary Fund (IMF) who also increased their growth forecast in October, as did the World Bank in early November. As optimistic as the growth forecasts are, the president of Turkey, Recep Tayyip Erdogan said do not be surprised if the country surpasses 7% growth in 2017. Previous records show growth rate in 2014 of 5.2% and 6.1% in 2015. 2016 was a drastic year clocking in at just 2.9%.