Any personal quest to learn about Bodrum reveals quirky and interesting facts that make it more appealing than ever before. Unravelling complex layers of misunderstood beliefs gets to the spiritual essence that locals are proud of.

It’s not an overstatement to say everyone falls in love with Bodrum. Turks adore the large peninsula offering a different lifestyle from the rest of Turkey. Many own holiday homes there, and enjoy endless summers, while others want the lifestyle all year round and retire there.

However, driven by Bodrum’s mainstream travel popularity, foreigners also flock there in their droves. They kick back on long sandy beaches, soak in hedonistic vibes and explore important attractions. Whether you are a first-time visitor, a repeat holidaymaker or live there, Bodrum has a canny knack of capturing your interest, never to let it go.

“When you reach the top of the hill, you will see Bodrum. Don’t assume that you will leave as you came. The others before you were the same too. As they departed, they all left their souls behind.”

In ancient times, Bodrum was called Halicarnassus and belonged to the Caria Kingdom. The ruler, King Mausolus was an ambitious man, and under his rule, Halicarnassus thrived to encompass neighbouring regions. Alongside his queen Artemisia, who was also his sister, they governed for 24 years, but when he died, she was heartbroken and distraught.

To honour his memory, she built a splendid tomb, that became the envy of rulers everywhere. Such was its spectacular sight, it bore fruit to a new architecture style that would go global, i.e. the mausoleum.

Artemisia used only the best architects and sculptors, who worked around the clock. Their efforts paid off because its unique design and outstanding beauty earned it an honourable legacy as one of the seven wonders of the ancient world. Standing tall and proud for many centuries, a series of 13th-century earthquakes marked the beginning of its downfall.

When crusaders conquered the peninsula, little was left. They cared little for the Grand Mausoleum because it served them no purpose. Instead, they took crumbling remains to build the nearby castle, and those stones can still be seen today. These days, excavation work revealed the foundations, but, the structure is nothing like its former glory.

2: Bodrum Castle Was Once a Military Base, Mosque, and Prison

Bodrum castle, the region’s most famous landmark has served various purposes throughout its lifetime. Its versatile and robust architecture has stood for 5 centuries proving that when a bunch of knights build a castle, they do it in style.

Originally built by the Knights of Saint John to fend off attacks by invading Seljuk Turks, by the 16th century, Suleiman the Magnificent (Ottoman sultan) conquered the area and used it to invade nearby Rhodes. After the successful invasion, Suliman added a minaret and turned into a mosque, but in 1895, it also housed prisoners.

In 1915, a French battleship knocked off the mosque minaret, and by 1921, it lay abandoned, rejected and of no use to anyone, until 1962, when the Museum of Underwater Archaeology opened its doors for visitors. Although it’s closed for renovation, the displays include the Uluburun ship, aka, the oldest shipwreck ever found.

Bodrum thrived in ancient times but owes its current day fame to a local hero and famous writer, Cevat Sakir Kabaagacli, also known as the fisherman of Halicarnassus.

Born in Crete in 1886, he became a writer, but his works upset political figures, and they sentenced him to three years exile in Bodrum. (We can think of worse punishments.) He fell in love with the area, and it became his muse for his literary works. At the end of his exile, he returned and live in Bodrum. What was a terrible moment of his life, turned out to be a blessing in disguise and the making of him. 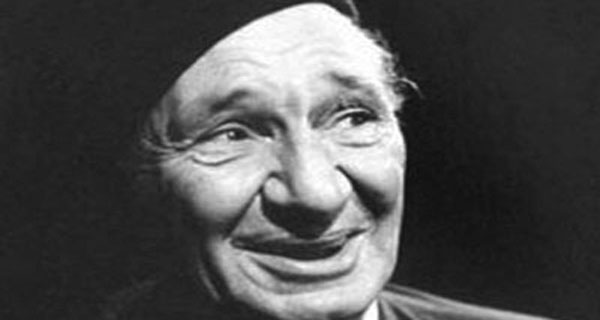 Inviting artisan friends to join him, his contagious passion and enthusiasm ensured word spread, throughout Turkey and Europe. Taking many overnight trips to explore the coastline, along with his friend Azra Erhat, both are credited with inventing the “Blue Cruise,” a reference to Turkish Riviera sailing routes.

These days, Bodrum’s sturdy reputation as a centre of excellence in the international sailing world is all down to Cevat. His bust stands outside the entrance to the archaeology museum and every year, celebrations honour his memory.

To continue following the trail of rich and famous people, visit Zeki Muren’s house. As an iconic artist and musician of Turkey, the insight into Turkish celebrities and their lifestyles present a different side to this misunderstood country.

More About the Bodrum Peninsula

Read more about Bodrum in our article highlighting 6 peninsula towns loved by foreigners and Turks alike. From quiet and quaint Gumusluk to swishy vibes of upmarket Yalikavak, the region always delights and surprises everyone who visits her.