Turkey has submitted their application to host the UEFA 2024 Euro Football Tournament, and hopes are running high after the only other bid came from Germany. Reducing the competition to be the host country, the Estonian, Danish and Netherlands football association dropped their applications.

The UEFA European Championship is the second most popular football tournament in the world, and host countries generate untold amounts of publicity as well as sports tourism revenue. 24 teams will complete over a period of 32 days, with 51 matches deciding the football champion team of Europe. Ten stadiums in Turkey have been chosen to host the games. 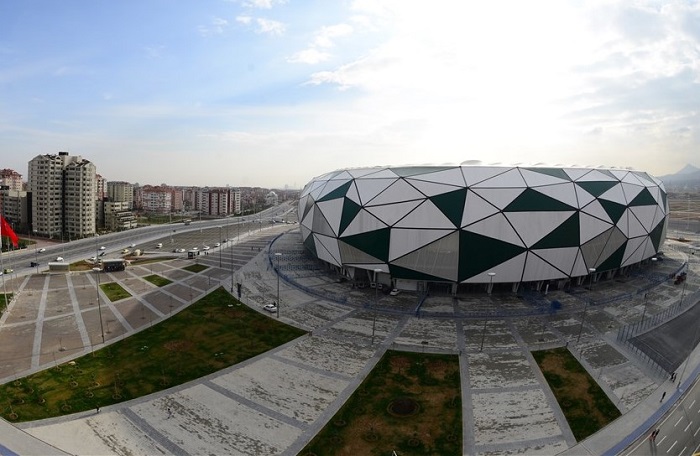 Istanbul: Two stadiums in Istanbul, Turkey’s most significant and busiest city, will be used. The Ataturk stadium can host 76,760 people while the smaller Ali Sami Yen complex, also called the Turk Telecom stadium can entertain 52,223 spectators.

Ankara: The New Stadium that can host up to 55,000 fans has been chosen to represent Turkey’s capital city that is now a hub of tourism, business and education. In between matches, fans have plenty of tourist attractions to visit including the mausoleum of Mustafa Kemal Ataturk, the founder of the Turkish Republic.

Antalya: As the 2nd most popular holiday destination in Turkey, Antalya already commands worldwide fame, but their 33,000-seater stadium will increase capacity to 43,616 people after expansion. The stadium already features six VIP entrance, as well as 42 VIP boxes and 29 food stands.

Bursa: The fourth largest city in Turkey is usually associated with its Uludag skiing centre, but the Bursa Buyuksehir Belediye Stadium with the capacity to seat 43,361 fans will thrust it into the spotlight even more. As the former capital of the Ottoman empire, Bursa is also one of the most historical cities of Turkey.

Eskisehir: Receiving fame as one of the top university education destinations in Turkey, and nicknamed the modern city of youth, Eskisehir is the ideal place for young football fans. Their 33,963-seater Yeni Stadium will be used for Euro 2024 tournament.

Gaziantep: Sitting in the southeast of Turkey, Gaziantep, that receives countrywide recognition as a cultured destination wants the tourism spotlight even more and has put forward its 33,502 stadium to do precisely that.

Kocaeli: Rarely mentioned as a tourism destination, the 34,619 stadium of Kacaeli has high potential to put its name on the map through European recognition.

Konya: Sitting in the central Anatolian region of Turkey, the conservative city of Konya has put forward their 42,000-seater Buyuksehir Belediye stadium to host the quarterfinals.

Trabzon: As one of the most diehard football fan cities in Turkey, Trabzon’s 40,755-seater, Senol Gunes stadium is also the ideal place for the quarterfinals.

In the meantime, all eyes are on the 27th of September 2018, when after a series of assessment visits, Turkey will find out if its UEFA euro 2024 application has succeeded.

Loft Apartments For Sale In Iskele