Demand for gas, oil and electricity in Turkey have continued to increase over the last few years as the country experiences a growing population, a robust economy and increased market production.

However, the desire for cheaper, alternative energy, such as wind, solar and biogas, has become a top priority as the industrial sector seeks to cut overheads, maximise capacity, minimise power outages and stay eco-friendly at the same time.

By 2016’s end, 33.9 percent of turkey_national_football_team”>Turkey‘s electricity production was drawn from coal, 32 percent from natural gas, 24.7 percent from hydropower, 6 percent from wind power and 1.8 percent from geothermal sources. With 82 percent of its energy produced locally, more than a third is consumed by manufacturing and 30 percent by construction.

Turkey is increasingly looking to clean fuel to drive its electricity output. Of its 2,321 power plants, more than half are derived from the alternative sector: 597 hydropower, 1,045 solar, 171 wind, and 31 geothermal.

Reflecting on the need for more electricity production, the Turkish government has outlined a new national energy strategy that diversifies the need for alternative sources of power.

The government’s desire to tap into the potential of wind power has been underpinned by the recent winning of a contract to the Siemens and Kalyon consortium to supply 1,000 megawatts of wind energy from five areas in Turkey.

The 49-year contract, which will begin in 2019, will see domestic production of between 300 and 450 domestic wind turbines, each with a capacity of at least 2.3 MWs. A total of $130 million of electricity from the five areas is anticipated to be produced.

The positives of this will be the government buying electricity at $3.48 per kilowatt per hour against the current rate of $10.40, a saving of $270 million a year.

This is expected to reduce Turkey‘s energy imports of $55 billion per year, while standard electricity prices, now at $4 per kilowatt-hour, will decrease, having a direct impact on private and business consumers. 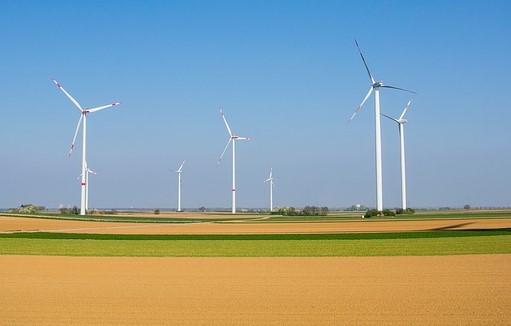 With solar power energy accounting for 844.5 GWh from January-May 2017 compared to 267 GWh over the same period in 2016 and tripling in consumption in the last three years, Turkey has endorsed joint ventures, private sector collaborations and innovations, by granting licences for 34 new solar power plants.

These include the country’s first floating solar power plant on Buyukcekmece Lake, istanbul“>Istanbul; Izmir‘s Karsiyaki district increasing its capacity from 1MW to 4 MW from solar power and the development of solar plants across Urfa, Balikesir and Bursa.

The nation has also announced a further consortium project between Kalyon and Korea’s Hanwha to set up a factory in Ankara to make components for the solar cells in the finished panels. These panels will generate a total 1,000MW of solar capacity.

Some of the highlights of new biogas projects include plans to create 5MW of capacity at Istanbul’s Kemerburgaz solid waste facility, Europe’s second largest biogas plant.

The eastern province of Van is also transforming its waste depot, converting its contents into renewable energy and adding to the city’s electric supply. Meanwhile, Gaziantep Municipality will produce around 60 percent of the electricity for its rail system, with the construction of a biogas power plant which will be operational by August 2018.

The Turkish government is supporting the sector by increasing its support under the Renewable Energy Resources Support Mechanism (YEKDEM) from $163.34 million to $480 million.