A recent press release by the General Directorate of State Airports Authority shows Turkey’s air traffic statistics for January to March of 2018 increased 21.5% year on year. During these months, 43 million people used airports in Turkey as their preferred method of travel.

However, optimism is high that these figures will rise even more because Turkey’s main tourism season only starts in May. Dalaman airport, one of the country’s top touristic airports has also recently modernised terminals to accommodate growing traffic numbers, and the aviation industry is gearing up for the opening of the new Istanbul airport in October, that will be a global transport hub of enormous size. 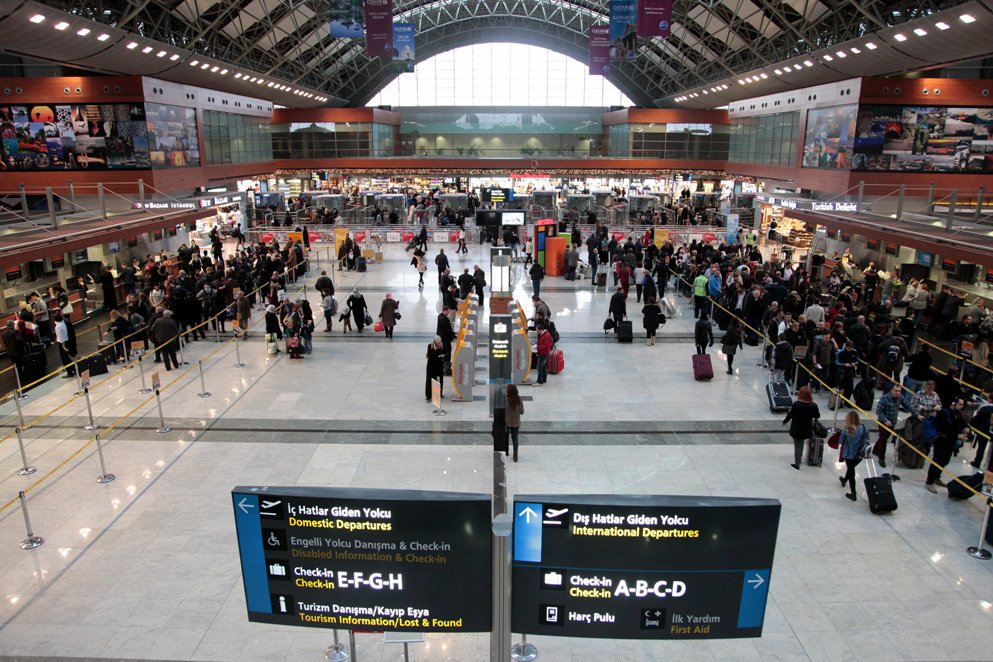 It wasn’t only passenger traffic that achieved record results either because air cargo increased to 282,302 tons, an increase of 19.8% YOY. During this month, a total of 152,046 planes used Turkish airports of which three stand out for their record-breaking statistics.

As the busiest air transport hub in Turkey, Istanbul Ataturk airport will eventually close in favour of the New Istanbul Ataturk Airport. Ataturk airport struggles to cope with mass air passenger traffic and has limited potential to expand and modernise. Serving European Istanbul, many air passengers also use it for layover flights as well as domestic connections to other Turkish airports.

Running since 1955, Ankara Esenboga served 15 million passengers during 2017. Uniquely, 13 million of these passengers were domestic travellers, as the airport is not classed one of Turkey’s touristic transport hubs, unlike Dalaman, Antalya and Bodrum on the Aegean and Mediterranean coasts. Esenboga continues to register a rise in traffic every year since 2003 when Turkey overhauled its aviation industry.

Flights between Turkey and Ukraine

The news coincides with another announcement by Ukrainian and Turkish Aviation Authorities that they have just signed an agreement to increase flights schedules and routes between the two countries.

There will now be 28 flights a week between Odessa in southern Ukraine and Istanbul, Turkeys most popular tourist hub. There are also plans to add Izmir, Bursa, Dalaman and Bodrum onto the list of new destinations for planned flight schedules.

As citizens of both countries do not need visas to travel to the other one, the new agreement will undoubtedly boost Turkey’s air traffic statistics but is also a win for Turkey who hosts more 1 million Ukrainian tourists every year.