More positive news for the Turkish economy as it continues to become the best and brightest in Europe. According to the latest data released at a press conference by Finance Minister Mehmet Şimşek, the Turkish budget deficit has fallen 86% during the first quarter courtesy of a surge in revenue from privatization.

Simsek said the improved numbers indicated Ankara was getting better at balancing its books and argued that the overall economy would manage 4 percent growth in the coming year. However the drop would have been nowhere near as pronounced but for revenues from some big privatisation sales totalling $8.5 billion, mostly of formerly state-owned gas and electricity providers. The deals saw Ankara run a budget surplus of TL 5.94 billion ($3.4 billion) in January.

The government also benefitted in the first quarter from $2 billion in back payments, also mostly made in January, by Turkish state pipeline firm BOTAŞ to Ankara, Şimşek said on Monday. Those revenues compensated for a more disappointing March, which saw a budget deficit of TL 5.4 billion ($3 billion), only slightly lower than last year’s March deficit of TL 5.5 billion ($3.1 billion). The ministry noted that the March deficit without weighty inflation payments on debt totalled TL 460 million ($256.9 million).

“2013 is going to be a better year,” said Şimşek, noting that the economy would improve on the 2.2 percent growth seen last year as it boosted exports. “We think that we can easily meet our medium-term plan of reaching 4 percent growth this year,” he told reporters. 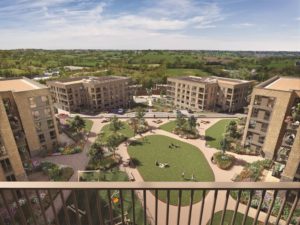