Turkish hotels in main touristic areas of Turkey have warned holidaymakers without reservations, they will be disappointed because most hotels are running at 100% occupancy rates. Asking them to pre-book before they arrive, the request comes as Turkey enters the annual religious Kurban Bayram holiday.

The official holiday runs from the 21st to the 24th of August but staying in line with previous years, the Turkish government has increased it from the 18th to the 26th. They do this to boost the domestic tourism sector as more Turks look to travel, stay in hotels and spend more money.

Hotels in Bodrum say that along with foreign tourists, they are already enjoying high occupancy rates because of the summer school holidays. Turkish schoolchildren enjoy a three-month holiday from June until mid-September. Most Bodrum hotels report their occupancy rates drop when children go back to school. The same story is coming out of Marmaris and Fethiye.

The news comes on the back of preparations by Avsa island to host 120,000 domestic tourists, more than 40 times, its population of only 3000. The Mayor told Anadolu Agency; they are prepared for the nine-day holiday, which will see many residents of Istanbul escaping urban living for the 20-kilometre island that is well known for its gorgeous beaches and fish restaurants. 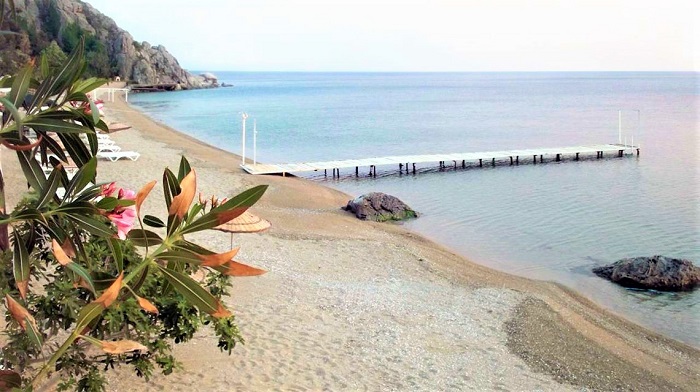 Hotels on the island, in the sea of Marmara, are also asking people to pre-book, before they arrive. To accommodate the mass influx of domestic tourists, they have purified 4700 tons of water and cleaner, and garbage collectors will be on duty round the clock. The Erdek and Kapidga provinces are also preparing for a massive boost in their domestic tourism sectors.

Rebounded of Foreign Tourism in Alanya

Meanwhile local officials in Alanya also credit foreign tourism for their record season. The resort with a hotel bed capacity of 200,000 could not cope with demand, thanks to the return of foreign nationalities.

Turkey’s tourism scene suffered in recent years because of security and safety concerns, but in 2018, foreign tourists have returned en-mass. Lured by a favourable exchange rate, and a clean record of 18 months with no terrorist attacks, Alanya has risen to become a popular destination for Brits, Russians, Middle Eastern nationalities and Europeans.