Turkish Tourism: A New Campaign and Hopeful Predictions for 2019

With the Turkish tourism industry finishing 2018 on an all-time high, hopeful government officials say visitor stats and revenue will continue to rise in 2019. As 2018 draws to a close, statistics predict a yearly total of 40 million visitors, but the government is already rolling out new policies and promotional campaigns to ensure next year’s visitor stats are even higher.

A lull in 2017, 2016 and 2015, prompted Turkey to diversify its tourism promotion campaigns to target all niches and nationalities. Having relied on a Russian, European and British market before, they have seen considerable increases in Chinese, Latin America, Indian, and Middle Eastern Nationalities during 2018.

Turkey’s main tourist season runs from May to October, but the government looks to promote travel outside of those months, to continue the income stream Mehmet Nuri Ersoy, the Culture and Tourism Minister, has unveiled a plan to promote Turkey’s natural, historical and cultural attractions as year-round activities. The gastronomy niche is also on the list as a year-round travel activity.

They are also looking to step up the promotion in far eastern countries to continue their diversification of nationalities. China who has the world’s largest population of over 1.4 billion people, is a growing market with more citizens looking to travel abroad and Turkey is keen to tap into it. Chinese tourists prefer cultured travel and also love to shop; hence stats show they often spend more than the average beach tourist.

In January the government will launch a tender for a new logo and promotion slogan. For the last 18 years, they have used the “Turkey Home” slogan and accompanied this with a tulip, a reflection of the tulip period which was a peaceful, creative and lucrative era of the Ottoman empire. The new slogan and logo will represent the change in Turkey’s travel industry with more attractions, landmarks and activities than ever before.

Seven regions including Diyarbakir, home to the UNESCO fortress and Hevsel gardens will be promoted, and throughout five years, 76 colleges will provide training to future employees in the tourism industry. Along with Turkish Airlines, in April 2019, flights will be added to 13 routes going to Izmir, Dalaman, Bodrum, and Antalya, covering the Aegean and Mediterranean coasts. 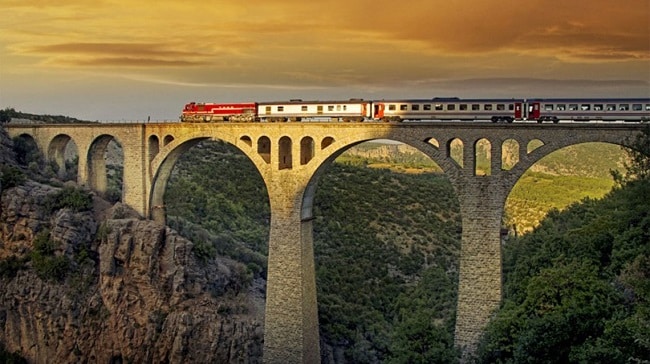