Home > News > Where do Expats Live in the Valencia province of Spain?

Where do Expats Live in the Valencia province of Spain?

When asking where expats live in Valencia – Spain, expect many answers. Such is Spain’s welcoming hospitality; expats flock to whatever town, village or city suits their lifestyle and budget best. Valencia is a fantastic place to live; everyone finds somewhere to serve their ideal dream of what life in Spain should look like. However, before we discuss places, know that Valencia‘s name refers to the city and the larger province of Spain. Valencia province is known for many things, like varied nightlife scenes, delightful towns, sweet oranges, traditional ceramics, the city arts and science, sandy beaches, and where original paella was invented. In addition, Valencia’s coastal destination commands global fame and respect for tourism, and foreigners living there. So, let’s look at hotspots within the city and larger provinces and why they attract expats who want to live in Spain.

Where do Expats Live in Valencia?

As Spain’s third largest city after Madrid and Barcelona, Valencia city is home to 19 districts covering 88 neighbourhoods. Ideal city neighbourhoods include North Ciutat Vella, South Ciutat Vella, Russafa, El Carmen, Gran Via, Pla del Remei, El Pilar, La Xerea, El Botanic and El Cabanyal. Ciutat Vella is Valencia’s city old district, often called Valencia’s most romantic neighbourhood, but if you choose to stay there, expect hordes of tourists since this is where most of Valencia’s landmarks stand. Russafa is known for city nightlife, while Gran Via is high-end, where expats live luxurious lifestyles for more cash. Many European and American expats head to Valencia city for cultured living in Spain.

Sitting in Spain’s Costa Blanca, Torrevieja ranks highly with expats in Valencia. The name translates into “old tower,” and while historical attractions are abundant, Torrevieja has modernised as a family destination. Torrevieja limits tall, high-rise buildings that blighted other places in Spain but worked in the region’s favour regarding expats looking for somewhere to live. As well as tourism, Torrevieja excels in salt production for Spain, and the World Health Organisation says the area is a healthy place to live. As with other places, seaside properties command high prices but look inland to grab property bargains. Torrevieja also has some spectacular luxury villas worth looking at if you are not budgeted.

3: Be a Resident in Punta Prima

Sitting 5 minutes from Torrevieja centre, friendly communities and fantastic year-round services distinguish Mediterranean Punta Prima. Expect decent restaurants, shops, beaches, and nearby amenities like Zenia Boulevard shopping centres and sports centres. In addition, Punta Prima is home to Cala Pitera and Playa Flamenca beaches, although other blue flag beaches of Orihuela Costa are short drives away. Finally, getting here is easy thanks to the Mediterranean motorway AP-7 and N-332 coastal road, and Alicante International Airport is 45-minutes away. These days, more people are looking to Punta Prima, which only entered the expat scene of Valencia about 15 years ago.

4: Experience Javea – The Pearl of Valencia

Javea, nicknamed La Perla de la Costa Blanca, is an international travel and expat place in Valencia that is popular with English expats. Situated between San Antonio and Cabo de La Nao, Javea boasts beaches and coves with crystal-clear waters where visitors bathe and enjoy great water activities like sailing and diving. Alicante and Manises international airports provide excellent road and air connections. Other nearby tourist areas include Denia, which is nationally and internationally famous. In addition, enjoy a year-round ferry service to the Balearic Islands. Benidorm is Valencia’s most important and well-known tourist area, just 50 km from Javea. Other areas nearby include Moraira, Calpe, Altea, Villajoyosa, Alicante, Ganda, and Valencia. 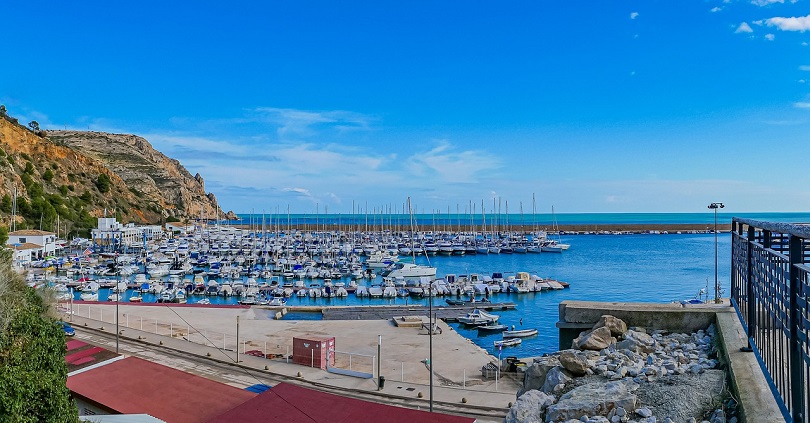 La Eliana, 20 minutes outside Valencia city, is a great commuter town for Spaniards working there and many locals use the metro. La Eliana is home to roughly 17000 people all year round, so amenities stay open for 12 months instead of closing in winter like in tourist areas in Valencia. Additionally, the population boosts in summer as wealthy Spaniards flock to spend two to three months here. Hence, summer villas are popular and lend weight to the aesthetic feel of suburban neighbourhoods in Spain.

Montserrat in Ribera Alta, Valencia, sits at the base of Castellet Mountain, giving off beautiful views in pleasant settings. This area of Valencia attracts tourists, but those curious about monuments and culture rather than partying the night away. Additionally, many Spaniards own summer homes here, and some visit for weekend getaway breaks. Altogether the 8000 people of various nationalities have access to 3 supermarkets and other smaller shops. Although there is no metro link, locals quickly head to Valencia city on good public bus transport. Expats living in Montserrat highly rate the health services and several restaurants and cafes. 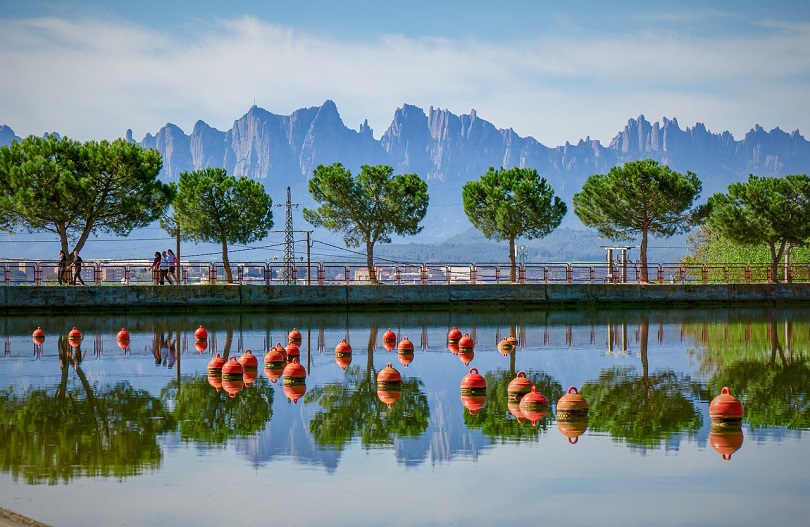 Sitting roughly 30 minutes inland from Valencia, this district boasts rich cultural history, two music schools and musical events throughout the year. Expats live among Spanish communities, and cultures blend to provide the best of both worlds. Like many surrounding towns, Lliria has good transport links to the city, although everything you want for daily living is here. For example, expect the best from various dentists, chemists, and doctors for healthcare. For expats who want to buy property, expect stylish apartments and villas at lower prices than in other districts. Overall, expats will find this area of Valencia delightful to live in.

8: Rocafort for a Luxury Expat Life in Valencia

Sitting northwest of Valencia city, Rocafort attracts luxury house hunters thanks to the land values and architectural standards. From luxury flats to mansions and townhouses, Rocafort never fails to delight those who consider her a good place to live. Once again, there are good transport and road connections to Valencia city, and a decent selection of schools for expat families with children. With roughly 7000 residents, Rocafort is quiet but provides everything other places in Valencia do.

If you plan to purchase a home to make Valencia your year-round destination for living, search our portfolio of apartments and villas for sale. Each listing contains everything to know, like price, locations, home features and how to find out more via email or arrange viewings. Alternatively, if you want to know more about where expats live in Valencia, call us today and chat with an agent for local information.

How to Buy Property: Purchasing property in Spain is a straightforward procedure. However, research, knowledge, and taking your time go a long way in making things easier. Don’t forget that if you buy a property in Spain through us, we will guide you through every step, but in the meantime, here are ten steps to becoming a homeowner in Spain.

Best Spanish Costas: If you want to know the best Spanish Costas because you dream of expat living in the sun, get ready for an avalanche of choices. Naturally, with most of Spain surrounded by sea, the Costas, which means coastline, each boasts something spectacular from beaches to food. Most people head to the eastern and south Costas of mainland Spain for tourism and expat destinations, which are the best to soak up everything Spanish. So, let’s look at these Costas and what makes them stand out.

Properties For Sale in Valencia Province