Gobekli Tepe, an ancient temple of immense importance has joined the ranks of UNESCO World Heritage Sites. Added on July the 1st, to much celebration of archaeologists, this takes the total amount of approved sites in Turkey to 18, while 77 are still on the tentative list.

As well as receiving funds, one main benefit of being a heritage site is an increase in tourism, whether the branded promotions comes from UNESCO itself or the country’s tourism board. Being on the list also ensures survival from destruction or natural neglect.

Sitting in south-eastern Turkey, Gobekli Tepe portrays how people lived 11.500 years ago. Discovered by German archaeologist Klaus Schmit in the 1990s, massive t-shaped pillars seated in a circle captured everyone’s attention because of their significance.

Built during Neolithic times, it suggested that as well as being hunters, people were farming and using religion a lot earlier than previously believed. Some called it Turkey’s version of Stonehenge while National Geographic said it reflected the birth of religion.

Claims that it was the Garden of Eden, and made by aliens have been disputed, leaving its importance in the religious and historical worlds to be undeniable.

Other UNESCO Sites in Turkey

Ephesus, the second most significant city after Rome was added in 2015. Known for its vast amphitheatre where the New Testament Artemis riots took place, the old Roman houses give historians and archaeologists an insight into how life was in the city.

Also, on the list since 1985, historical areas of Istanbul, namely the old Sultanahmet district, that was the former capital ruling centre for the Byzantine and Ottoman empires, have enjoyed mass tourism success. This site collectively includes iconic buildings such as the Hagia Sophia, Topkapi Palace and Blue Mosque.

At present 1088 historical sites around the world belong to UNESCO World Heritage list. To join, a place must portray cultural or natural importance from throughout history. Sites must also display outstanding universal value and met one of ten criteria.

Criteria varies but examples include showing extraordinary human creativity, displaying historical developments in architecture, technology, landscape design or town planning and bearing unique testimony to civilisations, either currently still existing or which have disappeared. Without a doubt, Gobekli Tepe fulfils this criteria and more. 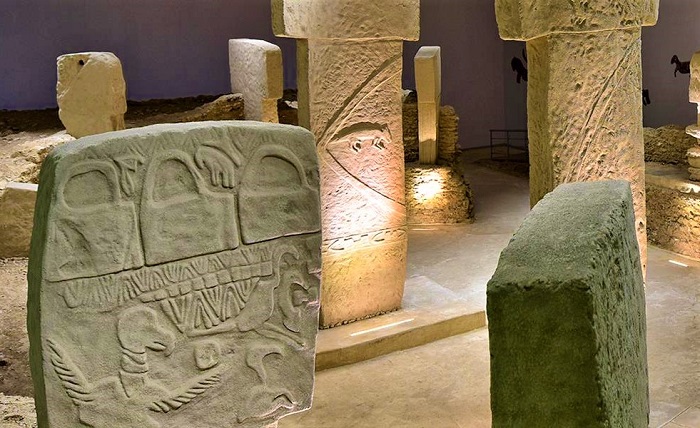