Why Buy Property In Spain?

Spain is becoming one of the most popular places to buy property among foreign buyers. Travel from the UK is easy and relatively cheap, and you are almost guaranteed good weather and rental yield. The 5 most common reasons that we Brits invest in property in Spain are:

As well as its music, matadors, beaches, and sun, Spanish culture is also famous for its siestas. In more traditional towns and cities, work halts at midday for two hours so that people can enjoy lunch with family or friends followed by a short rest. This means that people usually work later into the evening and that shops, bars, and other leisure activities are open later. So the nightlife in Spain is more lively and colourful than in the UK.

Compared to the cost of living in other European countries like France, Italy, and Austria, Spain is much cheaper. In fact, Spain has one of the lowest costs of living in Western Europe. The average living cost, including bills, rent, and food per person is €900 per month, meaning a couple could comfortably live on a yearly income of €22’000.

People in Spain enjoy twice as much sunshine as in the UK. In fact, even in Winter Spain gets 2 more hours of sun a day compared to what we do in Britain. This all-year weather is a big lure for Brits seeking warmer climates.

Studies show that Spanish people are happier on average than any other industrialized country. These studies have also shown that Spanish kids are happier, less stressed, and perform better at school too. So some UK families choose to move to Spain permanently for a better quality of life.

Getting to Spain is easy and cheap from the UK. Most British airports fly in and out of Spain several times a day, with cheap airport fees meaning airlines can offer cheap rates. Flight times are also short, with most areas being reachable within 2-3 hours.

Many overseas property buyers will choose to buy new build properties in Spain rather than a traditional Spanish home. That’s because decorating, maintaining, or renovating an old property from abroad can be a lot of stress. So buying a new build property that is ready to move in and is easily maintained is a more attractive option for most. And with Spain growing in popularity, lots of property developers are investing in new builds in Spain.

If you decide that buying new build properties in Spain is right for you, you can start your search remotely, just like you would in the UK.

Can You Build A New House In Spain?

Yes, you can choose to build your own house in Spain, but there are disadvantages to doing so compared to buying a new build property from a developer.

Can You Get Planning Permission In Spain?

Getting planning permission on a plot of land to build a house or on a dilapidated building in Spain is very difficult.

Director of Survey Spain, Mr. Campbell Ferguson, says: “Often the permission to build in-country areas is only given to replace the existing, including some of the existing. Either that or a modern house will have to be built within the existing walls.”

So bear this in mind. The time and money it would cost to get the planning permission you want might outweigh the benefits.

How Much Does It Cost To Build A House In Spain?

If you are building a house in Spain, you should expect a cost of around €750-900 per square meter. However, you also need to consider the cost of buying a plot of land or with an old building on it, along with notary fees and Land Registry fee.

Buying Property In Spain After Brexit

Can I Live In Spain After Brexit?

The difference post-Brexit comes if you are buying a property in Spain in order to live there permanently. You can still live in Spain, but the process of getting Spanish residency is lengthier as a non-EU country.

You will need to apply for residency with details including your income, criminal record, and other documentation.

However, if you are buying a new build property as a second home you can legally stay for a maximum of three months out of any six-month period without needing to apply for residency. 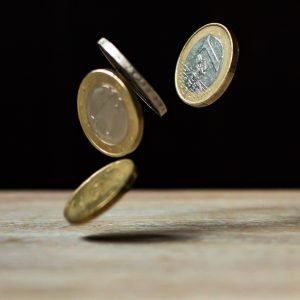 Pitfalls Of Buying A Property In Spain

Buying a property in Spain can be an amazing investment. However, you need to make sure you do all the research and gather as much information as you can before making a purchase. Although generally, it is easy and straightforward to buy a house in Spain, Foreign buyers typically run into a series of pitfalls of buying a property in Spain that could have been avoided if they had done their research.

As a foreign buyer, you need to have an NIE number. This is required for property and legal conveyancing. In the UK, you can apply for a NIE number in person at the Consulate of Spain in London, Manchester, or Edinburgh.

You will need to set up a Spanish bank account ahead of your property purchase. A bank account in Spain is compulsory for setting up a mortgage and paying fees.

You should check the property for: urban planning records, legal build certificates, building licenses, and planning restrictions. All of these should be obtainable from the relevant city hall or local authority.

You need to understand the types of tax and the amount that you need to be paid. Tax can vary from property to property and may cause more cost than you have thought to spend on your dream house.

Contracts and legal documents are likely to be in Spanish. But you need to read and fully understand them in order to be comfortable signing them. Hiring a lawyer is the most efficient and effective way to ensure that all the legal proceedings are correct and there are no hidden issues.

There are many ongoing expenditures after buying any property that you need to consider.  Make sure you know the cost of your mortgage, home insurance, utility bills, and several taxes such as non-resident tax, property tax (IBI). As utilities in Spain are one of the highest in the EU, it is very important to keep the monthly budgeting in mind.