Guide to Visiting Turkey in Winter

From May to October, airports, hotels, bars and restaurants around Turkey are in full flow as the official tourism season kicks into action. This is when travel agencies ramp up their marketing and adverts displaying the pleasures of summer living in the country. This isn’t to say though, that the winter months are dull and boring. Indeed, they can be just as delightful.

Some of the small coastal touristic holiday resorts like Gumbet or Cirali close during winter, but many other destinations like Fethiye centre, bodrum“>Bodrum town and of course, Antalya are open for business as usual.

Visiting Turkey in winter also has some distinct advantages, such as beating the queues at popular tourist attractions and tapping into discounted deals. If you plan to holiday here between November and April, this is our guide to the weather, what to pack, and where to go.

Weather in Turkey During Winter

Turkey has three different climate zones, which is not a surprise given its enormous size. While people can be skiing in the famous resorts of Erzurum or Bursa, in the opposite direction, of the southern coast, people can be sunbathing on the beaches in Antalya and Fethiye.

February and March, are usually rainy months. Other than that November and April on the Aegean and Mediterranean coasts are sunny during the day but cold at night-time. In some areas like Cappadocia and Istanbul, snowfall is not unusual either. Although some hotels have indoor swimming pools, you are unlikely to need your costume, during these months.

Our advice is to research the weather in your chosen destination so you will know what temperatures and conditions to expect.

Visiting Turkey in Winter : How to Get Here

Many of the international routes between Turkey and countries such as the UK, or East European countries, don’t operate in winter. However, Istanbul Ataturk airport, one of the busiest in the world still operates their international flights, as well as domestic routes for connecting flights. For the Mediterranean coast, Dalaman airport is open in winter, although people will probably find more flight routes for Antalya. If you are visiting the Aegean coast, search for flights to Izmir airport.

Where to Go in Turkey during Winter

Captivating Cappadocia in the Heart of Turkey

The admiring fame and winter wonderland reputation of Cappadocia qualify it as one of the weirdest destinations in the world. Volcano eruptions thousands of years ago spewed lava over the landscape. The slow erosion of them by wind is invisible to the naked eye, but over thousands of years, the soft tufa rock has formed shapes of their own.

Locally known as fairy chimneys, these rocks and landscape are high on the list of popular hiking destinations. Aside from that, visitors get to be Fred Flintstone for a week by staying in an authentic cave hotel.

Other activities include sunrise hot-air balloon trips, exploring cave churches of Goreme Open Air Museum and heading underground into the large cities beneath your feet. Skiing fans might also want to take a slight detour and stay in nearby Kayseri so they can hit the slopes of Mount Erciyes. 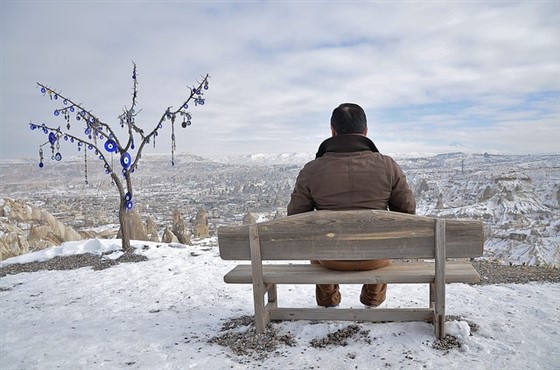 Antalya: Open All Year Round

The Antalya region includes the smaller coastal resorts of Alanya, Side, belek“>Belek, and Kemer as well as the main city centre. Naturally, the latter being a hub of business, tourism and education, is open all year round.

Main attractions to visit throughout the stretch of coastline include Duden waterfalls, the famous Alcohological museum, Manavgat waterfall, Lara beach, and Aspendos ruins, famously home to one of the best preserved Roman theatres in the world.

Antalya aquarium is receiving rave reviews for its family friendly environment, but the must see is Kaleici, the old town district with its harbour side restaurants and old Ottoman houses.

One of the best aspects of Antalya city centre is the convenient transport links to other places. Catch a bus to Belek for top-notch treatments in their spa and wellness centres or travel to Side, built around the historical ruins of the old town.

Alanya is also worth visiting in Winter because its famous landmark is the red tower and castle. Read more about the Antalya region here. 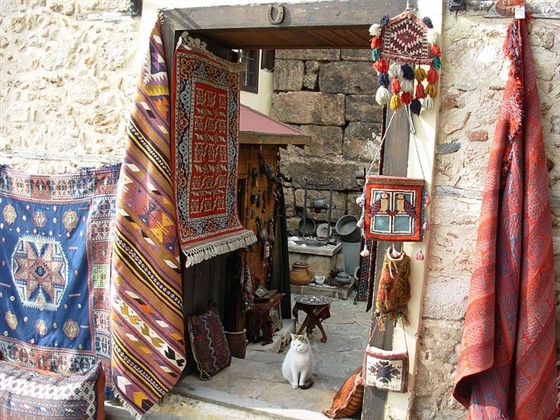 An article about visiting Turkey in winter must mention Istanbul, one of the most historically significant and modern cities in the world. Three days is enough for a short city break taking in all the main tourist attractions, and an ideal place to start is the Sultan Ahmet district, holding iconic landmarks from the Byzantine and Ottoman eras.

The Hagia Sophia, once the large domed building in the world boasts of marvellous Islamic calligraphy plagues sitting in among ancient Christian mosaics. Across the square, the 17th-century Blue mosque, one of the biggest in Turkey gently introduces people of other faiths to Islam and the people that follow it.

The Istanbul Archeology Museums is one of the largest collection in the world of artefacts from ancient civilisations in Asia and the Middle East, while the Basilica cistern, a large underground water source of the former Ottoman residences, needs just 30 minutes to explore.

However, one of our favourite landmarks is the Topkapi Palace, the first home of the Ottoman sultans when they invaded Constantinople in 1453. Find out more about Istanbul and why it is one of the best destinations in Turkey, in our area guide here.

Izmir: The Pearl of the Aegean

History lovers adore Izmir, for an alternative look, away from the Byzantine and Ottoman history of Istanbul. Staying in Kusadasi, a popular expat and cruise destination, operating all year round, just 30 minutes’ drive away is Seljuk, home of the famous, ancient ruins of Ephesus, the second biggest Greco Roman city.

Continuing the theme, nearby are the ancient cities of Miletus, Priene and the Apollo Temple, an ancient oracle site that had construction continued on it, would have rivalled Delphi. Otherwise, 2 nights in the city centre, introduces you to Turkeys third largest city that is notoriously known for their liberal lifestyle.

Explore the Konak old part of town or hang out in the coastal restaurants with esteemed reputations for their fresh fish and seafood cuisine. Alternatively, those who enjoy letting their hair down at night should seek out the traditional turkish_people”>Turkish bars playing live music. Read more about Izmir and the Aegean coast of Turkey, in our area guide here.

Follow Spot-Blue on Facebook to stay up to date with news and events from the country of Turkey. 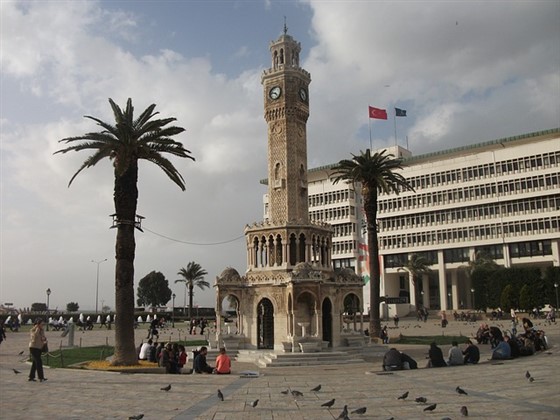