Major Cities in France that Highlight the Best of the Country

When asked to name famous cities in France, most people respond with Paris. And why not. The iconic city of France stands out globally. Known for rich historical timelines, French cuisine, arts, culture and fashion, Paris often tops lists of most visited international cities. This article looks at Paris and why this French city ranks alongside Rome and Milan as world hubs.

Yet we will talk about seven other cities, to get the buzz for all things French, that make suitable places to visit and live. Many people have purchased property in France. Alongside Paris, they live in other cities to advance their careers, but also explore anything delightfully French.

More than 800 million people descend every year to prove the French city’s popularity, and surrounding urban landscapes are home to many foreigners who live there all year round. The 777 kilometres Seine River flowing through the city attracts tourists and locals with interesting landmark buildings and scenic landscapes. Of course, though, visit the notable Champs-Elysees, an elite French avenue housing big international brand names like Valentino, Louis Vuitton, Chanel, and Dior. In France’s most prominent city, nobody wants for anything. (More About Paris.)

Marseille stands out internationally because of its location to the Mediterranean Sea, connecting the city with various other countries and cultures over centuries of advancement. History buffs will be pleased because Marseilles has the most significant museums after Paris. Marseilles embarked on projects to make daily life more pleasant, including parks, gardens, and environmentally friendly real estate developments. The city embraces modern living with top notch shops, bars, restaurants, and impressive transport system, therefore delighting tourists and expats at the same time.

Sitting alongside the southwestern Garonne River of France, Bordeaux locals are Bordelaises and Bordelaise. What makes this city stand out is excellent wine production with vineyards bearing fruit that eventually ends up in bottles sold all over France. So naturally, delicious food goes great with wine, and Bordeaux delivers with refined, regional gastronomy and French restaurants serving gourmet delights. 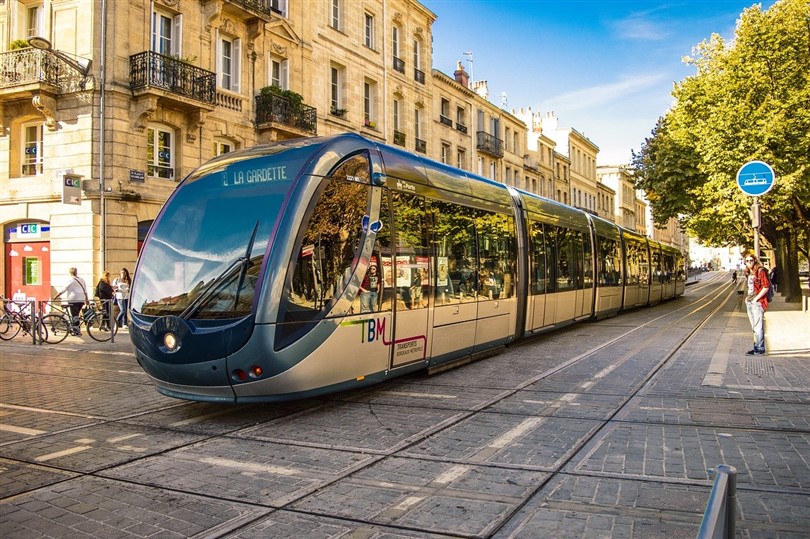 Touring landmark sites from through history would take months to complete, but otherwise, locals enjoy pleasant green spaces like the 117-hectare Parc de la Tete, where small boats sail the lake during summer. Also, put Jardin Botanical gardens on your list. Other green spaces to enjoy include Gerland, hauteurs, Lacroix-Laval and Parilly. 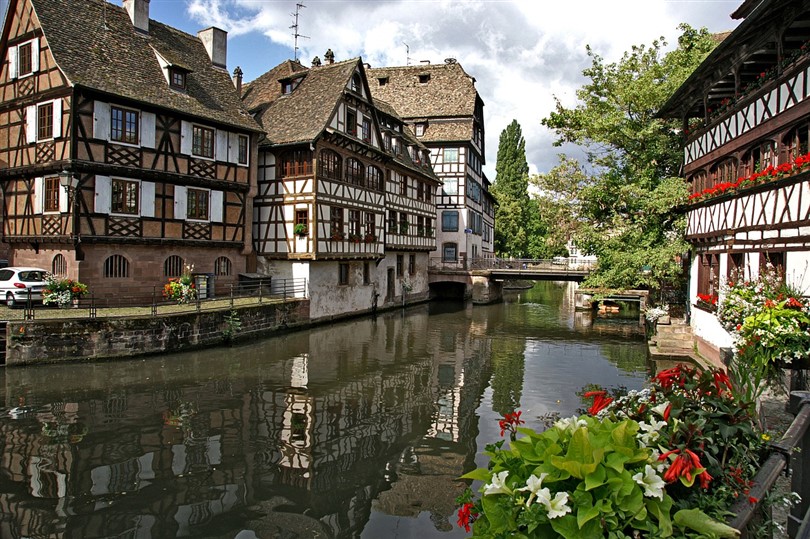 Famous city bridges include Ponts Couverts, Barrage Vauban and Pont de la Fonderie. There are numerous museums and parks but start at Parc de l’Orangerie. Strasbourg city oozes delight for all 12 months, but for an added twist, visit at Christmas because of the season fair, France’s most popular and best.

As France’s fourth-largest city, Toulouse sits on the Garonne River banks. Known for university excellence, that is one of France’s oldest, do not assume, education is all the city does well. Initially founded by the Romans, Toulouse’s three UNESCO Sites, Canal du Midi, Basilica of St. Sernin, and Hotel-Dieu Saint-Jacques, signify the French city’s cultural importance. If you hear anyone call Toulouse the pink city, this refers to pinkish bricks used to build houses and office buildings. 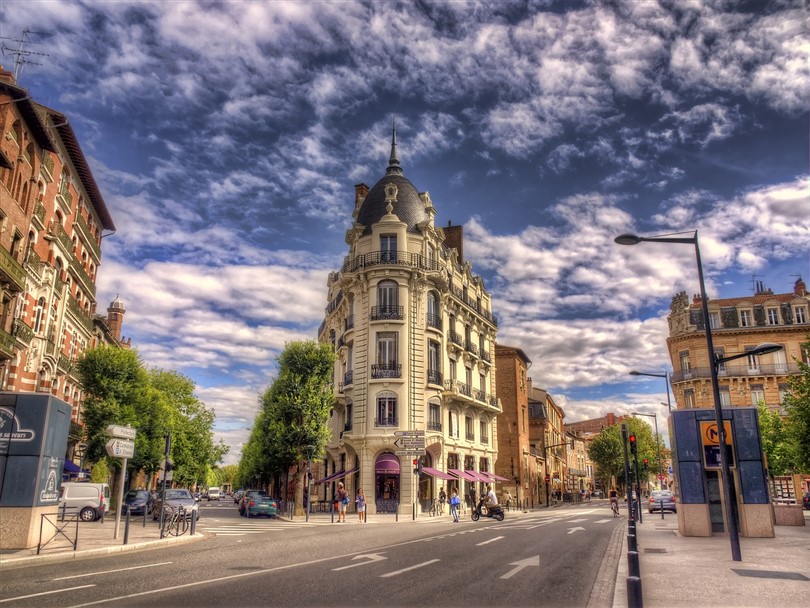 But you will spot many more architectural styles, including Romanesque, gothic, and Renaissance, hence the other French nickname of the city of arts and history. Like other French cities, Toulouse offers up an astonishing number of green spaces, and should you like museums, get ready for a months’ worth of visits.

7: Nice and the Riviera of France 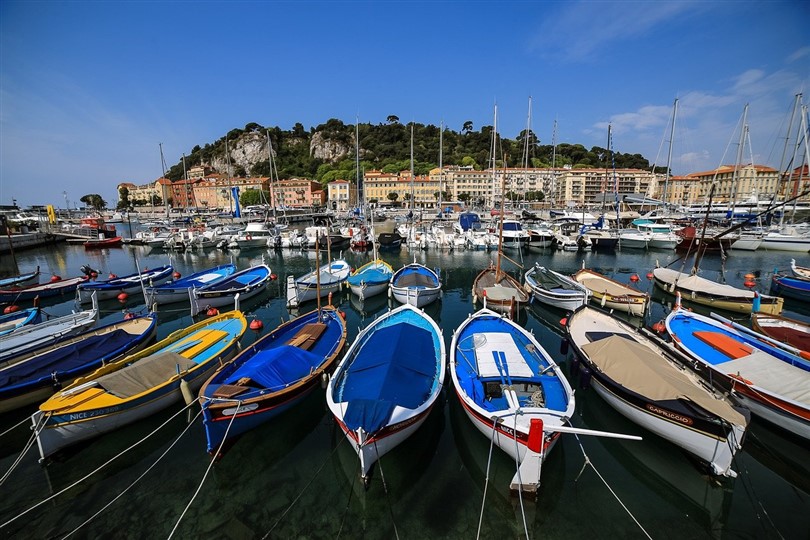 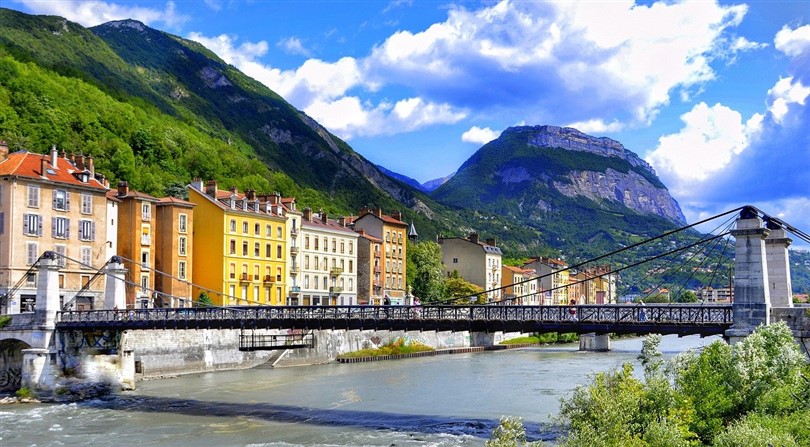 Finally, indulge your tastebuds at traditional French restaurants by sampling regional delights of buckwheat pasta Crozets, Foie Gras Pate, and Caillette meatballs. Enjoy the 67 acres of Parc Paul Mistral Parkland and various outdoor family activities if you can’t get to the Alps from Grenoble.

Regions of France: This article looks at 13 areas within France. All break down into separate boroughs and communities, with something unique to offer. Altogether France covers 550,000 square kilometres, borders two seas and an ocean, and includes five mountain ranges. This makes France, an interesting country to learn about.

About Us: We are Spot Blue international real estate agents, and we offer first-class services to clients who want to purchase property in various areas of France. If you found this article about the best cities in France interesting, read the rest of our blog that talks more about France or follow us on Facebook to stay updated with international news.