A recent report by the Provincial Directorate of Culture and Tourism, and published in the Daily Sabah Newspaper has revealed that British people prefer the Mugla region of Turkey. Covering the southwestern coast, the stats compiled by the national news agency Anadolu, show that Brits are not only the top nationality for tourism but also for real estate investment and expat retirement living.

Russian, Ukraine, German and Netherlands nationalities were also mentioned in the report but not on the scale of British people. In touristic and expat living areas, Bodrum, Datca, Marmaris and Fethiye were highly favoured and collectively, all these destinations form an important part of the tourism hub in Turkey.

Using Bodrum and Dalaman airport to reach those destinations in summer, the report said 1.5 million British tourists holidayed in the Mugla region each year. The chairperson of GETOB, the South Aegean Hoteliers Association, said 2.5 million British people came to Turkey each year, but more than 50% of them choose the Mugla region, specifically people from the London and Manchester districts.

“The British prefer Marmaris because it revives English culture.”

Recalling that the great love affair of Brits for their Turkish holidays started 20 years ago, their preferences and holiday expectations can be seen on most street corners through the English language spoken and choice of English food offered by restaurants.

The chairman of TURSAB, the Turkish Travel Agents Association also added that Brits tend to go back to destinations, often holidaying in the same town for many years before they are eager to explore further afield. He said so far, this year, the number of Brits visiting the Dalaman region had increased by 4%, but by 2018, they expected this figure to rise to a staggering 20%.

The Bodrum chairperson of TURSAB confirmed that UK nationalities make up the biggest share of holidaymakers in their district. Attributing their success to, a long history of working with British tour operators, the popularity of holidaying in Bodrum has also lead many Brits to buy property in the area.

Meanwhile, over in Fethiye, the chairperson of the Calis Tourism and Promotion Association said roughly 3,500 Brits live in the area, and they have mainly been attracted by the cost of living, ideal weather climate and friendly nature of the local Turks.

This latest report could partially explain why JET2 has nearly doubled their allocation of flights from Britain to Turkey in 2018. Launching a new Bodrum to Dalaman route, their distribution has increased by a staggering 430,000 seats. While some of this has been achieved through increasing frequency of routes, some flights to the Antalya region are starting at the end of March, rather than the typical season of May.

In 2018, their capacity to Bodrum will increase by 144% and to Dalaman, by 56%, proving all those millions of Brits aiming for a two-week Turkish holiday, shouldn’t struggle to find flights to get them here. 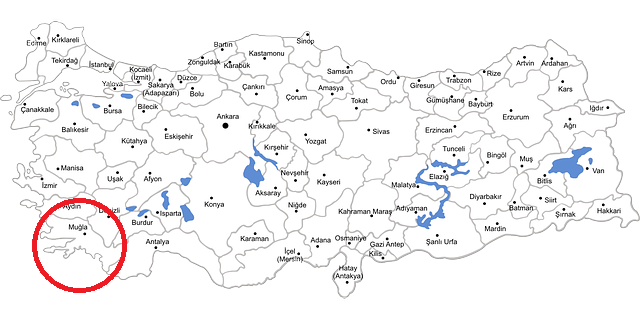