An 800-year-old Turkish village known for its button houses and 600-year-old mosque is receiving rising interest from foreign visitors, therefore re-sparking the concept of rural tourism in the Antalya region. The province which is the second-most visited tourist destination in Turkey has suffered recently, with various issues and events keeping tourists away.

So the province embraked on a mass promotion campaign and the governor also signed deals to attract Chinese and American tourists. Looking to diversify their portfolio of tourist attractions, to accommodate the new and old tourists, the Sarihacilar village in the Akseki district stepped up to the mark and so far, reviews and testimonials are proving the village tour to be a success, leaving officials with high hopes for the community in the future. 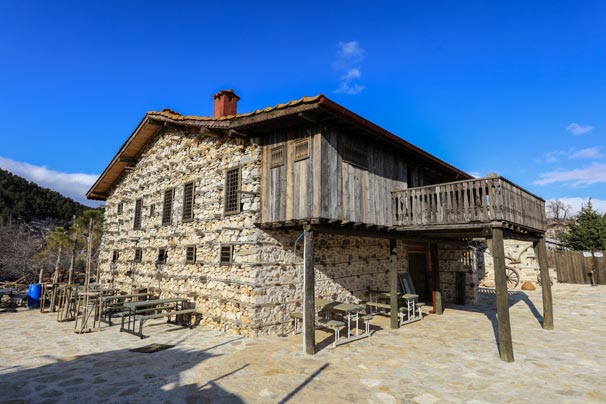 Rural tourism is not a new concept to turkey_national_football_team”>Turkey. In fact, villages like Sirince on the Aegean coast of Turkey have for many years, been a firm favourite with holidaymakers and expats who have purchased homes in nearby Kusadasi. Providing an alternative look at Turkish lifestyle, away from the beach and typical holiday resorts, visitors gain a marvellous insight into village culture of Turkey. This benefits not only, the travel agencies but also locals of the village who make money from hotels, restaurants or selling souvenirs. So far, in 2017, Sarihacilar is proving to be a profitable venture for everyone.

Village locals proudly state the importance of their community on the old silk road, and this was enough to attract a staggering 10,000 European tourists in just two months. Many of these were tourists staying in the Alanya district of Antalya, but foreigners also ventured from places further afield. As well as touring the village streets of Sarihacilar, they enjoyed the ethnography and photography museums in the centre of Akseki. Tour guides are also on hand to explain the historical culture and traditions of the village. 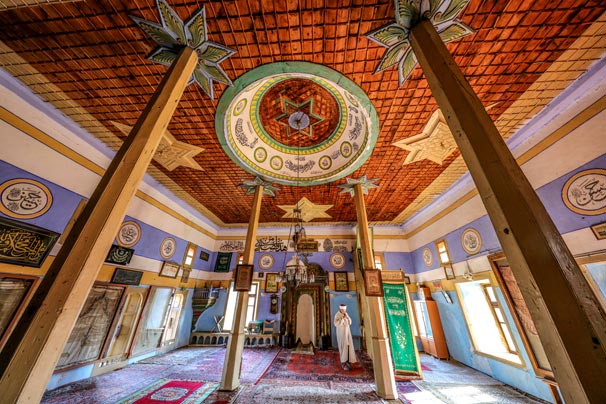 One of the star attractions is the 600-year colourful mosque, proudly displaying an Ottoman flag given by Sultan Mehmed Reşad, who was the 35th ruler of the famous dynasty. The imam doubles up as an informal guide to visitors, not only telling them about his role of running the mosque, and of Islam but also stories from the past. He proudly states the walls also have pots installed inside, so the acoustics of the mosque are perfectly sound and a whispered conversation can be heard everywhere.

Tourists also admire, the nearby button houses, constructed by Ottomans, Greeks and Armenians and respected for their building styles and use of materials, especially the turpentine tree. Many were restored to their former glory, with financial assistance and help from Antalya’s council.

Although Ottoman history features heavily in the village of Sarihacilar, the district governor says, its roots can be traced back to the Romans, and hence the village is now under protection. This untouchable declaration may prove useful because if the ground-breaking number of visitors to Sarihacilar can withstand the test of time throughout the summer season of 2017, it could become one of Antalya’s most visited tourist attractions.