Over 2018 as the Turkish lira edged into an official economic crisis, many wondered how this would affect business in Turkey, but one sector gaining from the disaster is foreign tourism.

Since January 2018, the lira has depreciated by a staggering 46%, and in August briefly touched 9 lira to the pound. However, tourism stats are showing a massive increase as foreigners flock to enjoy excellent value for money on food, drink, shopping and hotels.

Nationalities Cashing in on the Turkish Lira Crisis

Thomas Cook, a top performing British holiday and flight company, is reporting a reservation increase of 63% year-on-year. On the other side of the world, Gulf News reports UAE travellers, especially Kuwaitis, are eager to take advantage of the weak lira and bookings have increased to become the sixth fastest growing destination. 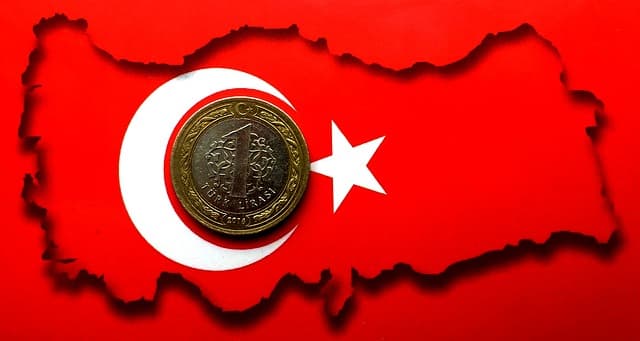 As Turkey comes in at first place for value for money, tourists are turning away from other destinations. Spanish newspapers report a downfall in tourism there, caused by Germans and Brits turning their back on the euro destination. This has resulted in some hotels dropping their rates to combat the popularity.

Germans and Russians have also returned to Turkey in mass numbers. Russians are the leading nationality, and they especially favour the Mediterranean Antalya district, the second most popular place in Turkey for foreign tourists.

It is not only foreigners benefitting from the crisis because many hotels and round-Turkey tour agencies advertise in foreign currencies but pay expenses in Turkish lira. Television and newspaper interviews with tourists say they are spending more, often upgrading from budget restaurants to middle class or luxury eateries.

Queues of tourists eager to grab bargains are also lining up outside international luxury brand name shops in upmarket districts like Istanbul’s Nisantasi. On certain products, the crisis offers as much as 25% discount on the price abroad.

Meanwhile, as Turkey entered its annual religious Bayram holiday, it was hard to believe there was an economic crisis. The government extended the four-day holiday to nine, and many Turks took the opportunity to have a family holiday away.

Mass traffic jams occurred on main entrance roads into significant resorts like Marmaris, Bodrum, Fethiye and Antalya, while newspapers reported packed beaches across the Mediterranean and Aegean. Hotels also said they were booked up and urged Turks to make reservations before they left home.

Over the last few weeks, Turkey’s government has implemented specific measures to combat the Turkish lira crisis, and for now, it seems like happy tourists and Turks just want to spend, spend, spend.

Read more about current news from Turkey in our blog section, or follow us on Facebook to stay up to date with current developments.