Turkey’s efforts to promote the ancient city of Troy as a top tourist attraction resulted in record visitor numbers. The UNESCO site sitting in the Northern Aegean Canakkale Province hosted 531,650 visitors after Turkey’s Culture and Tourism Ministry declared 2018 as the year of Troy.

The event coincided with its 20th anniversary of being a UNESCO World Heritage Site. Since 2008, visitor numbers have increased steadily, but this is the first year, they have gone over 500,000. 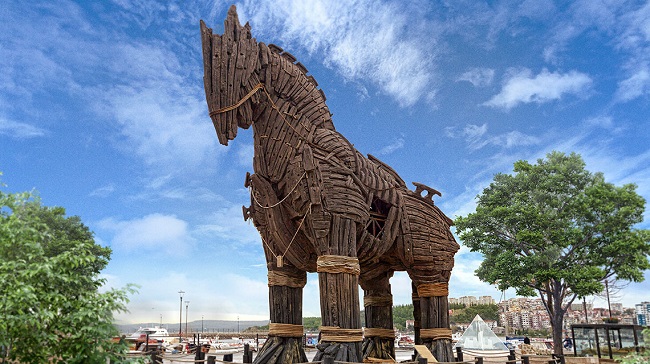 Known in Turkish as Hisarlik, for many decades, the city of Troy was thought to be a mythological reference in the famous poem Iliad by Greek poet Homer. It was not until the 1870s when excavations revealed that the city was real.

In July 2018, famous America actress Megan Fox visited Troy to research an episode for the documentary Myths and Mysteries. Receiving history briefings from experts, the event featured on the famous Travel Channel. In September 2018, ongoing excavations also suggested Troy may have been a religious sanctuary.

Continuing its promotion of lesser-visited historical sites, for 2019, Turkey is shining the spotlight on Gobeklitepe, also known as the world’s oldest temple.

Sitting in the southeastern province which rarely features on Turkey’s mainstream tourism scene, it was accepted onto the UNESCO World Heritage list in 2018 because of its cultural significance. Despite its remote location, hopes are high for increased visitor numbers because last year, the nearby Mardin province reported a five-fold increase in domestic and international tourism.

The news comes as Turkey gears up for what they say will be their most successful tourism year to date. With expectations of hosting 50 million visitors and generating 50 billion USD of revenue in 2019, reports show a good start.

Early bookings by British tourists to the bustling coastal town of Marmaris are up 35%. Newspaper reports show many Brits are choosing Turkey over other hotspot tourism destinations like Greece and Spain because of the lucrative exchange rate giving them excellent value for money.

The London based Euromonitor International Statistics firm also rated Istanbul as the third most visited city in Europe and 12th most visited in the world. Istanbul is Turkey’s top tourist traction hosting millions of visitors every year.