Monthly reports by Turk Stat, the country’s statistical Institution say Turkish property sales to foreign nationalities surged by a staggering 151% Y-O-Y in September of this year.

For the last eight months, the number of foreigners buying homes has shown an increase, yet September’s result is the best to date. Since January 2018, foreigners have bought just over 24,000 homes, compared to 22,000 for the whole of 2017.

Two main reasons credited with the massive increase are a lucrative exchange rate to the lira, and an incentive by the government that dropped the amount of investment needed for a “golden passport.”

Previously investors had to buy 1 million USD of property and keep it for three years to gain citizenship. Turkey has now dropped this to 250,000 US, making it one of the cheapest countries to offer citizenship through real estate investment.

They say location is everything, but foreign buyers are still flocking to Istanbul, making it the top preferred destination of where foreigners buy homes in Turkey. Trends stayed true to form as the Antalya region rocked in at second place, followed by Bursa, the capital of Ankara, and the north-western district of Yalova, sitting between Istanbul and Bursa.

Among the flurry of interest, the profile of Istanbul’s yali mansions is rising. As Turkey’s most expensive real estate market, prices of 100 million USD are not unusual. Their historical status stemming from the Ottoman Empire era as luxury summer retreats for the wealthy and influential has continued to this day.

Daily Sabah newspaper reports 60 yali mansions and 40 apartments are for sale, and mass interest is coming from wealthy Qataris, Turkey’s closest allies, who believe the lira will increase in value and so will their real estate investments. 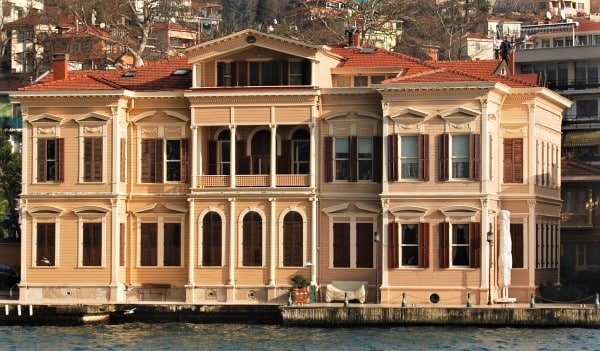 In 2015, a Qatari businessperson bought the Erbilginelr mansion for a reported 100 million Euros, and so far this year, two more in the Sariyer and Yenikoy neighbourhoods have been sold to Qatari investors. Buyers of these rare mansions need to adhere to strict construction and renovation rules because of their respected status.

In 2018, most of Turkey watched in amazement as film footage showed a tanker crashing into the 18th century Hekimbasi Salih Efendi mansion. The ship’s rudder was stuck and decimated the front of the building. The insurance company has since confirmed they will foot renovation costs.