Home > News > Where do Expats Live in Turkey?

Where do Expats Live in Turkey?

Ever since living abroad became a popular choice for retirees, potential candidates often look at Turkey as one of the countries that may become their second or even first home. There is still a slight urge, however, to keep ties with their nationalities and many people ask us where do expats live in Turkey?

Expat destinations tend to be more influenced by the nationalities living there, and are very different from the rural mountain villages rarely featured in the travel guide books. People asking this question do not want to get so far off the beaten track that they become like a fish out of water. They also want to tap into an already proven network of expats that can give advice and help with settling in.

There are many destinations where expats live in Turkey, and most sit on the Aegean and Mediterranean coasts. Hardly anyone lives in the east, simply because it is more conservative than the Western side of the country. Working expats tend to gravitate to the big cities like Istanbul and Ankara. Otherwise retirees or anyone fortunate enough to come into money, flock to the coastlines, of which some areas have thriving expat communities.

Where Do Expats Live in Turkey?

The Bodrum peninsula sits neatly on the west coast just a short distance from the Greek island of Kos. Already proven as one of the top holiday destinations in the country, foreigners have been living in the region ever since the 1960s, although the boom happened in the early part of this century when buying property in Turkey became legal for foreigners.

The town centre, a scenic waterside destination attracts the more nautical travellers because of its esteemed reputation on the Turkish Riviera for gulet boat cruising. Otherwise, expats strongly favour the resort of Yalikavak, that has in recent year risen in prestigious status because of the construction of the multi billionaire Palmarina accommodating mega yachts. 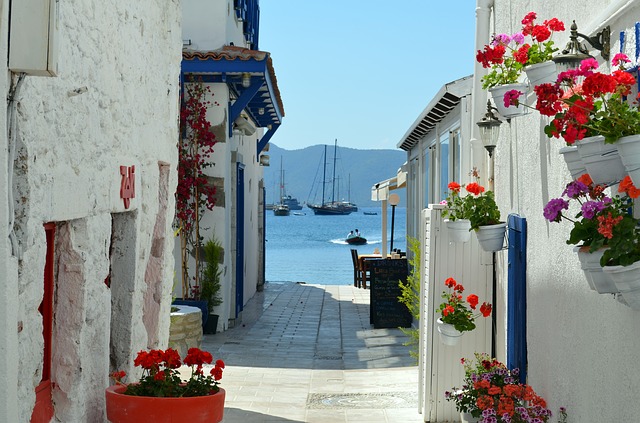 Kusadasi: An all Year-round Destination

For many years, the Irish prefeered Kusadasi as a top holiday destination, however, since the expat boom, more nationalities have bought property there. Part of the lure of Kusadasi is that everything is open all year round because it is one of the top cruise ships destinations in Turkey. The place has also grown from a small village into a bustling town with the potential to become a city.

Altinkum, nicknamed “little Britain” simply because of the large British expat population who live there all year round is one of the cheapest expat destinations for property and cost of living. Bars and restaurants highlight the expat influence by advertising British food, and entertainment, however in the old town part called Didim, traditional Turkey is also on full show. It offers the best of both worlds in that expats can experience the Turkish lifestyle but seek out their home comforts as well. Altinkum has three major beaches and is also a popular holiday destination for Turks as well. (Read more about Altinkum here)

The Fethiye region entices foreigners with property prices that are excellent value for money. Expats live in the town centre, or Ovacik, Hisaronu and Calis Beach areas. The nearby Dalaman airport is just an hour’s drive away and flights to the UK, all year round. Fethiye also connects to the main D400 highway making it easy for expats who want to explore their newly adopted country. Notable landmarks of natural beauty that bring fame to the Fethiye region include the Blue Lagoon, Oludeniz beach, Butterfly Valley and Saklikent Gorge. (More About Fethiye.) 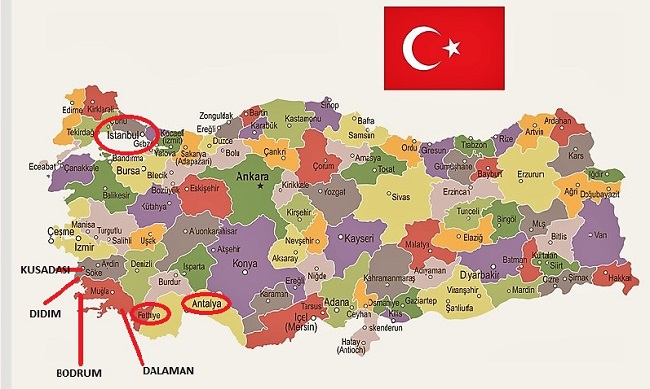 Moving around to the eastern tip of the Mediterranean coastline, Antalya has a more European feel than other destinations. Rather than just attracting British expats like Altinkum does, it also lures Germans, Russians and other East European nationalities.

Antalya that is the second most popular holiday destination in Turkey also pulls in second place for the most amount of properties sold to foreigners. Expats have settled in many of the coastal resorts, each with unique characteristics.

Belek is a famed golfing hotspot, while Side is a small town built around its historical landmarks. Antalya city centre is open all year round and famed for its two beaches; Lara and Konyaalti, while Alanya on the outskirts of the Antalya region is on the verge of becoming a mini city. On the western tip of the Mediterranean, Kalkan has an entirely different atmosphere, attracting more upmarket clientele because of the luxury villas sold there. (Read our Antalya Guide.) 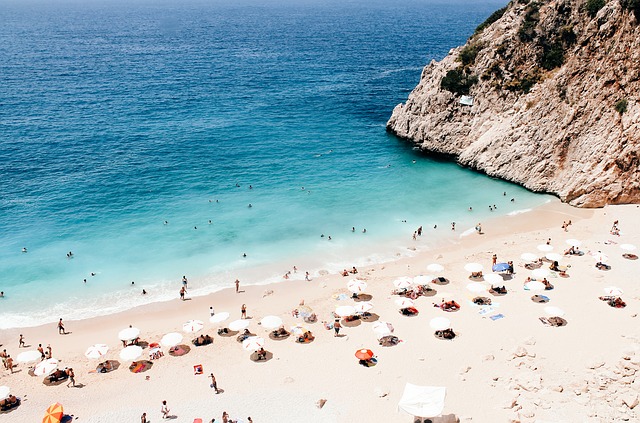 On a map of where expats live in Turkey, Dalaman is one of the lesser talked about destinations however it does have a distinct, pleasing atmosphere for anyone not bothered about coastal seaside living. A quiet location rising in popularity is the lush green Akkaya valley with a view of the lake. Another region, Dalyan, has for many years been popular with day-trippers from other resorts in turkey because of the Koycegiz mud baths and Lycian rock tombs.

Istanbul: The Largest City in Turkey

As mentioned before, Istanbul tends to attract the working expats; however recent building trends are also marketing the outskirt districts as ideal places for retirees. The city is also looking forward to many infrastructure developments including the new Istanbul airport that is attracting many property investors hoping to make money from buy to let rental properties. Tell me more about Istanbul.

Further Reading: As well as offering a variety of places for expats to live in Turkey, the country has many incentives to attract foreign property buyers. With prices starting from as little as £45,000 for apartments or luxury homes selling for millions of dollars, the Turkish real estate market is vibrant and enticing. Read more about reasons to buy property in Turkey here and discover why it is a popular expat destination.