Home > News > The 6 Best Places to Buy Property in Turkey

The 6 Best Places to Buy Property in Turkey 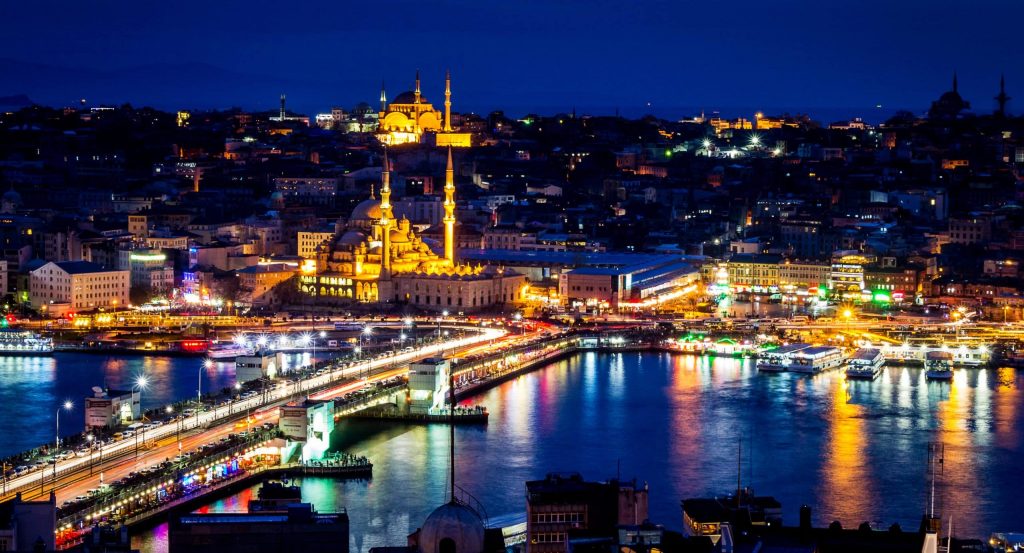 Europeans know Turkey as the border between Europe and the Middle East, Americans think it’s Arabic, and historians know it as the last bastion of the Roman Empire. Turkey is a historic country, with a coast of white beaches that borders on a turquoise sea. Whether you’re looking at buying property in Istanbul, Antalya, or Bodrum, Turkey is a beautiful and unique place to buy a property.

With its’ long history that stretches back to Ancient Greece, Turkey is home to plenty of beautiful cities, towns and ports. Many of these are on the Mediterranean and Aegean Seas, giving you that genuine Mediterranean life you’re dreaming of, but with a Turkish twist.

If you’re interested in buying property in Turkey, you should take a look at these six destinations!

If beaches are your thing, you might be thinking about looking a little further afield than buying property in Istanbul. The beaches in Alanya are famous, and it’s well known that it was once Cleopatra’s favourite holiday spot. If buying a property in a town with such a good pedigree isn’t enough, Alanya not only has perfect white sand beaches in town but dotted along the local coast too.

If you’re more into historic ruins, Alanya has you covered there too. The ancient Castle District is striking and offers a glimpse into the town’s past. Not only are the old castle walls a beautiful place to visit, but they serve as a great workout too, for the health-conscious amongst us. 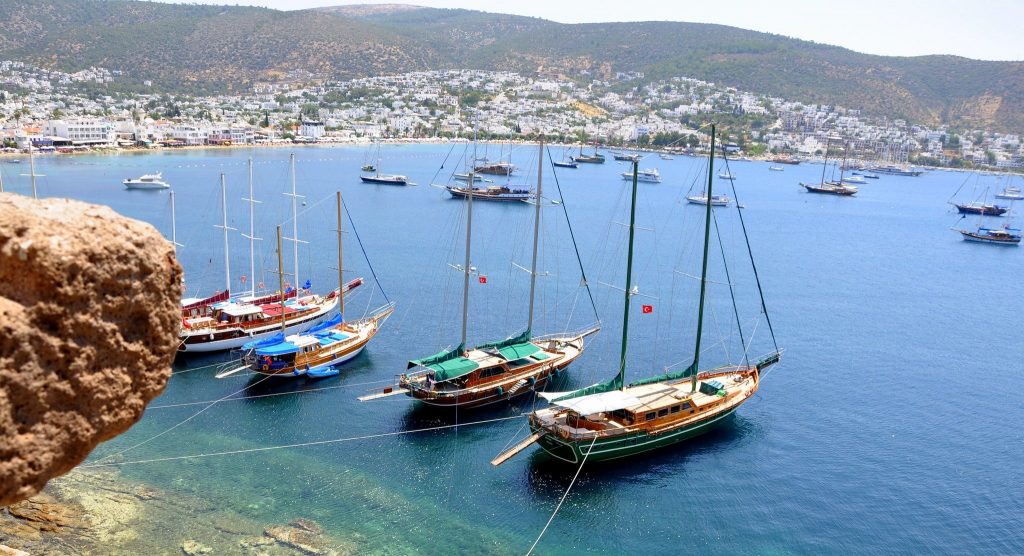 Like buying property in Istanbul, Bodrum is another city that’s pretty well known across Europe. Its’ blend of beaches that cover everything from peaceful sunbathing to water sports, depending on what you’re after, are popular amongst Turkish and International visitors alike. Bodrum centre is full of a winding warren of streets that bustle with life, and there are several historic sites nearby too.

Bodrum is a favourite amongst Turkish second homeowners and is pretty with a traditional character. It’s one of the pricier destinations to look at if you’re looking at buying property in Turkey, but there’s a good reason for that. The distinctive, white painted character of Bodrum makes it feel a little more Mediterranean than some of the options on this list.

It might not quite offer the same amount of culture and nightlife as you will find buying property in Istanbul, but Bodrum has enough going on that you won’t need to explore the surrounding area. Bodrum also has an airport, so it’s a super easy choice for visitors to the area.

A resort town on the Aegean Sea, Kusadasi is home to some famous classical ruins. Specifically, Kusadasi is home to the ruins of the Temple of Artemis, one of the Seven Classical Wonders of the World. This alone makes Kusadasi a unique place to consider if you’re looking at buying property in Turkey.

The town is not quite as pretty as Bodrum or Alanya, but it’s got character and it’s historic, plus there’s the beautiful beachfront property for sale. Kusadasi’s historic sights include a Byzantine castle that sits just offshore on Pigeon Island.

The resort is a little further off the beaten track than you might find elsewhere, on the Aegean Sea close to Croatia and the eastern coast of Greece, although it’s a regular stop on cruises. If you’re looking for somewhere lively and cosmopolitan, you may want to consider buying property in Istanbul or perhaps Antalya. Kusadasi is one for buyers who want a relaxing beachside retreat.

Antalya, near Alanya, is a great option for property hunters in its’ own right. The city was once seen as the gateway to the Turkish Riviera, and a less popular choice than buying property in Istanbul and Bodrum. These days though, it makes the list on its’ merit.

The city has an ancient Roman harbour that is a holdover from the Byzantine Empire when Antalya was an important trading port. The old city district of Kaleiçi, which translates as ‘within the castle’ is filled with well-restored Ottoman-style houses, and along with the port, it gives Antalya a very unique and historic character.

If you’re looking at buying property in Turkey, Antalya is worth keeping on your list. As it’s also close to Alanya, it’s easy for property hunters to visit both resorts at the same time! 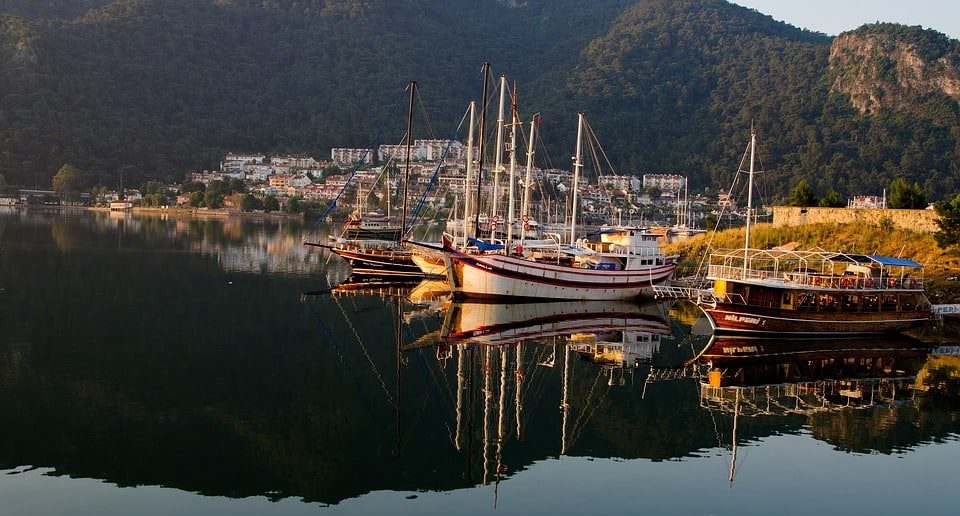 A beautiful town in the Turkish Riviera, Fethiye is surrounded by green hills and bright white pebble beaches. It’s easily as beautiful as parts of the famous Amalfi Coast, and the buildings are low standing and attractive. Fethiye has interesting scenery in every direction, with evidence of Telmessos found in the form of the Tomb of Amyntas dug into the cliffs.

As well as some beautiful hiking routes, beaches, and an attractive town, Fethiye is filled with remnants of the Lycian culture in the form of tombs scattered across town. The Fethiye museum displays a range of finds from nearby archaeological digs. Fethiye even looks a little more Greek than most towns you might find in Turkey!

If you’re interested in buying property in Antalya already, Fethiye is two and a half hours away and can be visited at the same time if you’ve got enough time. It might not be a name that springs to mind immediately, but if you’re buying property in Turkey Fethiye should make the list.

Fethiye is a little smaller than some places on the list, so if you’re looking for city living you might want to think about buying property in Istanbul, Bodrum, or Antalya.

The sheer wealth of history in this city is remarkable, and buying property here will mean you can enjoy the climate, the architecture and the nightlife of the big city. If you’re buying property in Turkey and you’ve got your eye out for a stand-alone villa, you might not want to buy in Istanbul, but the city is beloved across the world for a very good reason.

Whether you’re thinking of buying property in Istanbul, Antalya, Fethiye, Alanya, or Bodrum, take a look at our selection of Turkish property for sale. Get in touch with us for further information about any properties or resorts, here.