Prominent Areas in Costa Blanca – Spain to Visit and Live

Knowing about prominent areas in Costa Blanca is ideal for anyone who plans to buy property or wants to live here. The Costa Blanca covers 200 kilometres of Mediterranean Spain; hence this massive area takes ages to know in-depth. Yet Costa Blanca is a popular place in Spain and for those people, getting to know their new adopted country is key to a successful life.

The name Costa Blanca means white coast, and within every official district are many villages, towns, and neighbourhoods that each boast something unique. Exploring them opens different worlds for gastronomy, history, culture, traditions, and, of course, those stunning landscapes that make Costa Blanca one of Spain’s top touristic hotspots. So, let’s look at official areas and what to know about them. 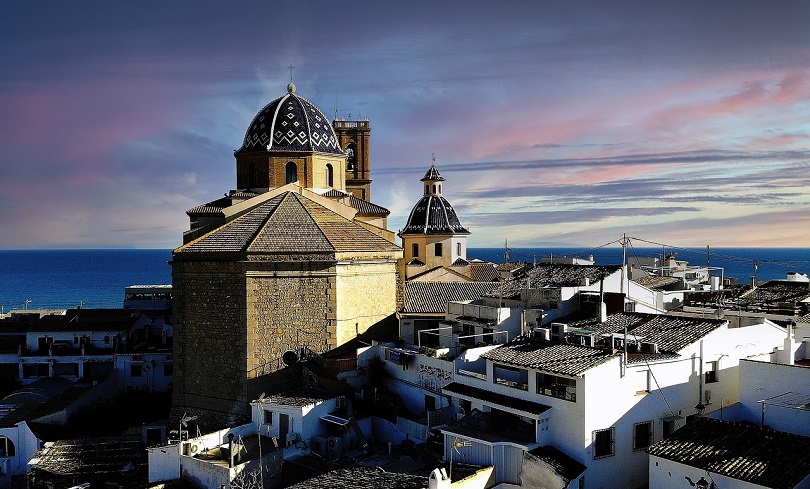 3: Benidorm in the Costa Blanca

Forget about the typical stereotype reputation of Benidorm because the area offers much more than pub-filled afternoons and high-rise buildings. For beach lovers, life revolves around Levante Beach and Poniente Beach. Otherwise, there are many more secluded coves along the five kilometres of coastline. This additionally makes Benidorm an excellent area for water sports. Otherwise, visit the historical centre, take a boat, or enjoy L’Aigüera park and Terra Mítica theme park.

4: Benissa in the Costa Blanca

Medieval Benissa sits 5 kilometres inland, and visitors can expect buckets of traditional charm. Local history enthusiasts marvel at this medieval town brimming with character. Otherwise, the coastline areas offer the stunning scenery of bays, cliff tops and sandy beaches. The Pennon de Ifach can be seen from here, while the blue flag Playa La Fustera beach is ideal for families with children. Along this stretch, walk to Mar Mortai Roques Negres, which means the Dead Sea and black stones beach area or enjoy sailing to Cala Advocat beach for fishing.

Calpe offers equally as much for those interested in sightseeing. The old town part and Iglesia church make for exciting exploration, while the remains of a Roman villa sit along the Paseo Maritimo. Calpe castle displays Moorish architecture, and while active, keep an eye out for traditional Spanish countryside houses. Visit the Archaeology and Fiestas Museums, or enjoy golfing and water sports. Despite not matching the popularity of places like Alicante, Calpe has much to offer any discerning traveller. 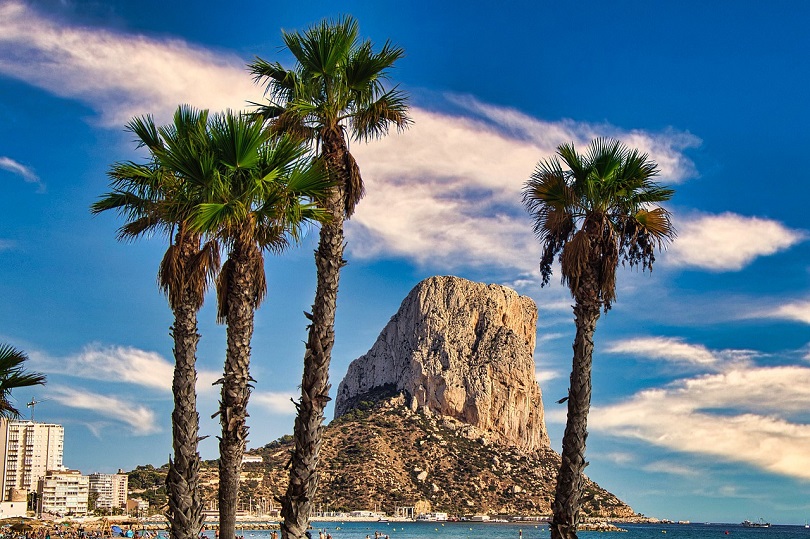 For exciting exploration, the castle, the area’s symbol and a “Monument of Cultural Interest is an excellent place to start, but we love the historical old quarter depicting 17th and 18th century Spain. At the same time, the Ethnological Museum perfectly introduces life in those days. Those who like the great outdoors enjoy Montgó Natural Reserve, but we love taking the Balearic Island ferries to explore even further.

This destination throws out a wealth of places to explore, providing an exciting insight into lesser-known destinations. El Palmeral de Elche palm grove features more than 200,000 palm trees and is a beautiful heritage site built by Muslims with a North African culture. Within it is Palm Grove Walk, Huerto de San Placido, The Musei del Palmeral (Palm Groove Museum) and Huerto del Cura.

El Campello famously boasts about 23 kilometres of beaches, and the mountain backdrop provides spectacular scenery. As well as being easy to get to from Alicante, things are lower key in El Campello, which suits foreign house buyers even more. Muchavista is the main beach, while locals love the coves of La Coveta Fuma or La Venta La Nuza. Most excursions are a short drive away, including La Illeta dels Banyets archaeological site and Torre Vigía De La Illeta tower.

Guardamar del Segura sits alongside spectacular white stretches of sand spanning 11 kilometres. Often referred to as Costa Blanca paradise, the beach lasts forever and features an impressive promenade with cafes, bars, and restaurants. The dunes offer shelter whilst sunbathing. It is a natural beauty spot with colourful birds and many flora and fauna.

L’Alfàs del Pi in Marina Baixa lies at the foot of Serra Gelada and is home to many Norwegian, Dutch, and English residents. In fact, an area within it called Platja de l’Albir, attracts many Northern European habitats. Aside from gorgeous beaches, the area hosts the yearly international film festival, but Serra Gelada national park also attracts many hikers from miles around, thanks to stunning flora and fauna.

Expect stunning architecture from this Costa Blanca area. Additionally, the town is home to many British ex-pat residents. Sitting at the foot of the Sierra de Orihuela mountains, the area breaks down into smaller communities. Like Orihuela Costa, about 20 kilometres from the main town near Murcia, La Manga and Mar Menor. This area includes the smaller resorts of Punta Prima, Playa Flamenca, La Zenia, Cabo Roig, Villamartin, Campoamor and Mil Palmeras.

Santa Pola features the famous area Gran Alacant with roughly 10,000 residents. This town is popular with foreign house buyers but notable for the Salt Lake natural park. The larger Santa Pola region relies on tourism and fishing. During summer, the population can double as holidaymakers and summer homeowners flock to enjoy the coastal delights.

Moraira in northeastern Costa Blanca sits between Alicante and Valencia airports. Deliberately keeping a lower key and slower pace, the town is popular with Spaniards from the big cities but also foreign retirees. Offering an impressive marina and authentic harbourside district, get exploring Moraira because there is much to see and do, including two blue flag beaches and three golf courses within a short drive. 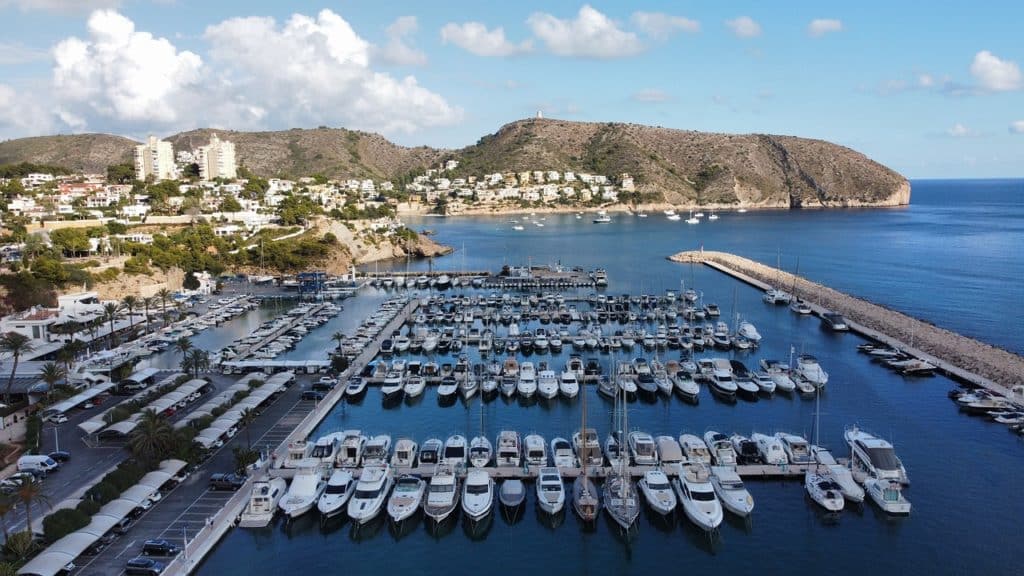 Torrevieja thrives in tourism and foreign house sales, with many expats in Spain choosing to make this area home. Old churches include the Inmaculada Conception Church or Our Lady Rosary Church, and museums include Albatross III, Ricardo Lafuente and the Se and Salt Museum. Other sightseeing places of delight to put on your list include Santa Pola, Las Lagunas, Parque Dona Sinforosa, Las Salinas de Torrevieja El Honda, and La Mata nature parks. Also, visit Aqua Park Flamingo amusement park, Recinto Ferial theme park, but see the Tower of Cape Cervera. For the best beaches, La Mata Beach has the Certificate of Excellence.

This 10-kilometre coastline with blue and yellow coloured cottages adds splashes of colour. Villajoyosa has the whitest sandy beaches. White sand and a long promenade with Spanish bars and restaurants make the perfect afternoon out. In Villajoyosa La Platja Centre, there are three main beaches. There is a watchtower on El Paradis Beach and Xarco Beach and a Roman Tower on Torres Beach. Valour Chocolate is made in Villajoyosa, so spend a morning at the chocolate factory.

Javea, often called the Costa Blanca pearl, was once an ancient fishing village but is now a popular hotspot with traditional charm and a tranquil atmosphere. Sheltered between two rocky headlands and behind a wide bay, many visitors to Javea go for beautiful beaches; however, there is plenty to do around the town. Sports sold at yacht clubs include fishing, sailing, water skiing, scuba diving and windsurfing. On Javea’s outskirts, visit Nuestra Senora de Los Angeles ancient monastery for another great insight into the area’s history.

Best Spanish Costas: Naturally, with most of Spain surrounded by sea, the Costas are in abundance, and each boasts something spectacular, from sunshine to beaches to food. Indeed, they host millions of foreigners annually who want to soak up everything Spanish.

Best Cities in Spain: These cities form a magnificent cooking pot of modern, new trends and traditional Spanish culture. From history to nightlife to food and beaches, there are 50 cities, of which Madrid, Barcelona, and Valencia feature as the largest in Spain based on population count. However, in this article, rather than looking at areas in Costa Blanca, we look at which cities feature the best places where foreigners travel and live.

Properties For Sale in Alicante Province 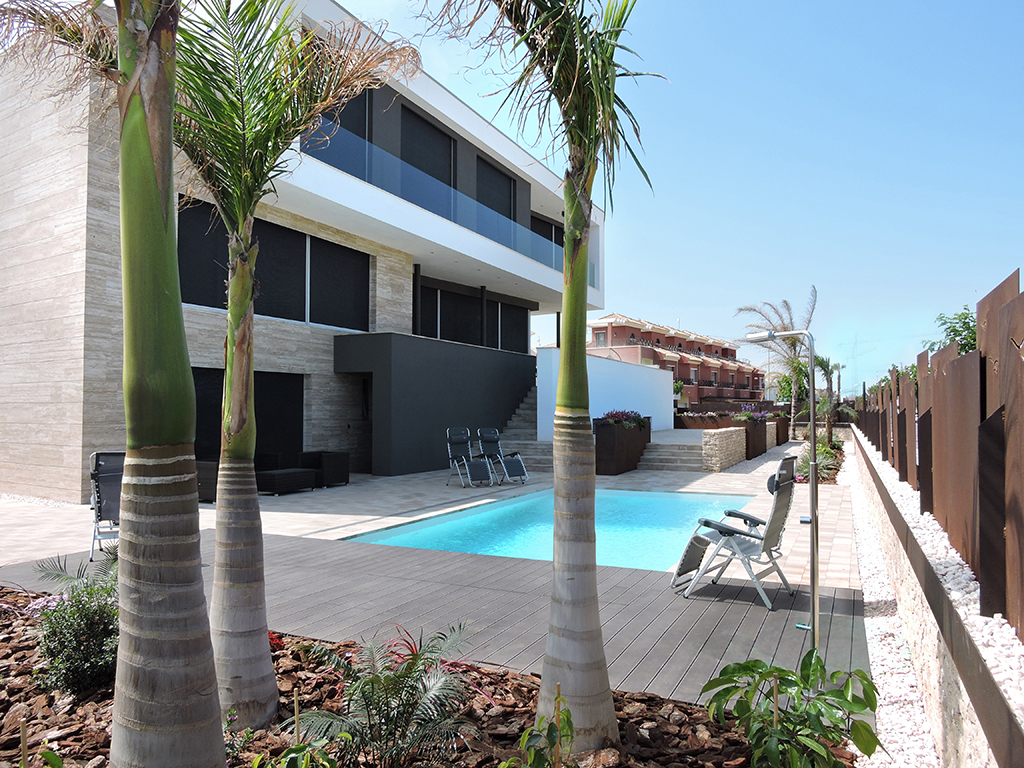 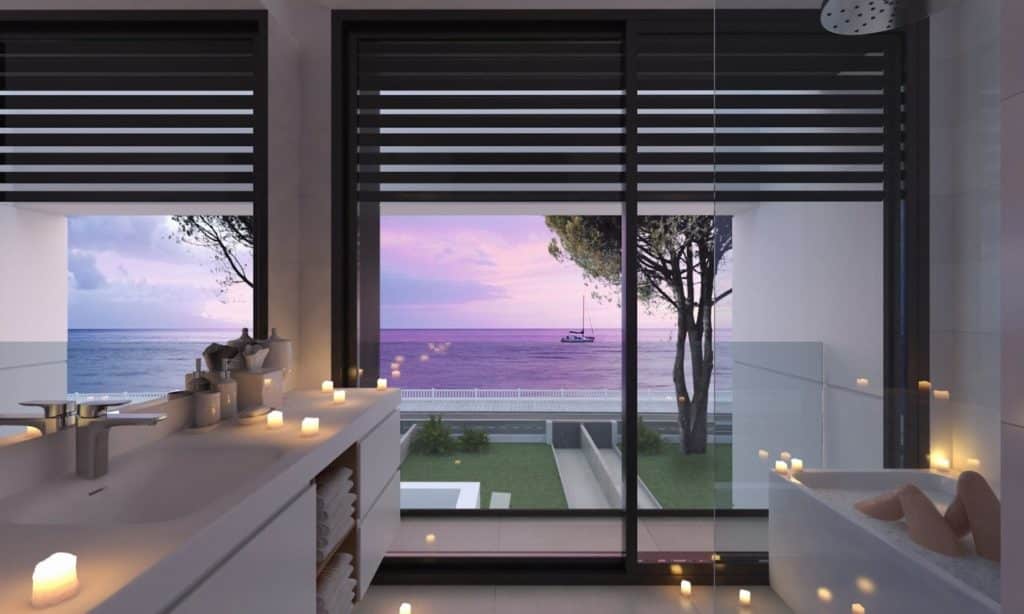 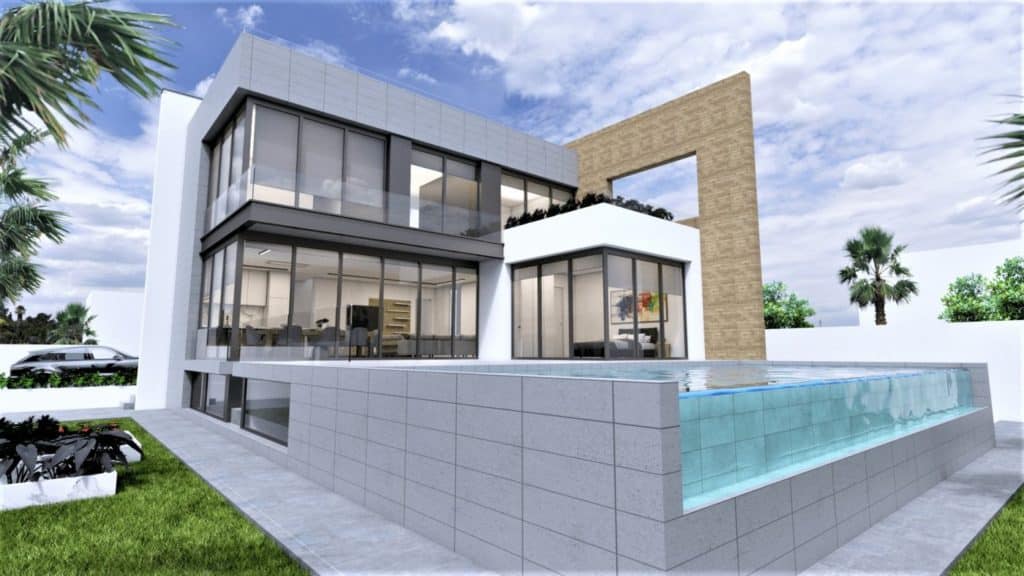 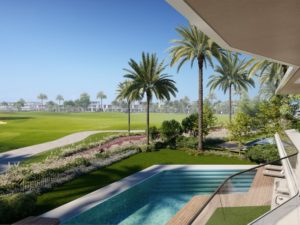