Home > News > The Best Spanish Costas: Expats Guide on Where to Live

The Best Spanish Costas: Expats Guide on Where to Live

If you want to know the best Spanish Costas because you dream of expat living in the sun, get ready for an avalanche of choices. Naturally, with most of Spain surrounded by sea and including the few odd island, the Costas, which means coastline, are in abundance, and each boasts something spectacular from sunshine to beaches to food. Most people head to the eastern and south Costas of mainland Spain for tourism and expat destinations, which are generally classed as the best. Indeed, annually, they host millions of foreigners worldwide who want to soak up everything Spanish. So, let’s look at these Costas and what makes them stand out.

1: Visit the Costa Brava of Spain

Belonging to the Catalonia region of north-eastern Spain, the Costa Brava’s rise to fame started in the 1950s, when the Spanish government earmarked this Costa for tourism development. Fast forward nearly 70 years later; Costa Brava now relies mainly on tourism as a source of income. In addition, many foreign expats enjoy sandy beaches, many nature parks, and excellent 12-month weather. Sitting about 60 kilometres away from Barcelona, Costa Brava consists of three provinces and runs to the French border. To see the best of towns in Costa Brava, independent travel by car is a must. Don’t be mistaken by thinking this Costa sold out its Spanish cultural heritage because many quaint villages thrive. 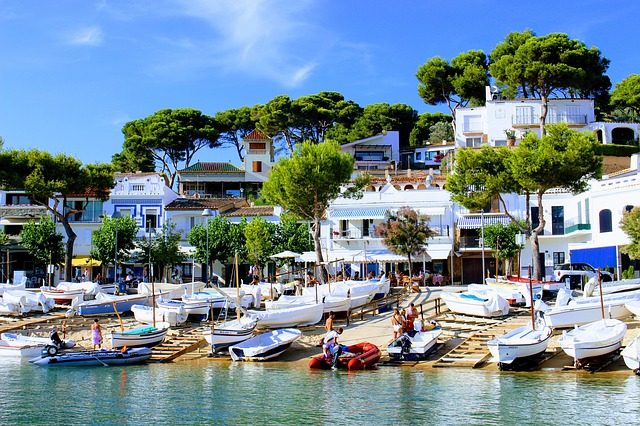 The popular Costa Blanca area earns the nickname the white coast thanks to its stunning collection of beaches. Holding the crown of Europe’s most visited coast, it stretches for a long 200 kilometres and offers something for everyone from golfing to nature parks to museums and Spanish culture. Famous destinations within Costa Blanca include Javea new and old town parts, Alicante, Torrevieja town, and Benidorm resort. Like many other Spanish destinations, Costa Blanca is big on yearly festivals portraying their culture and heritage. Still, there is much else to do, including beachfront water sports centres on the beaches. 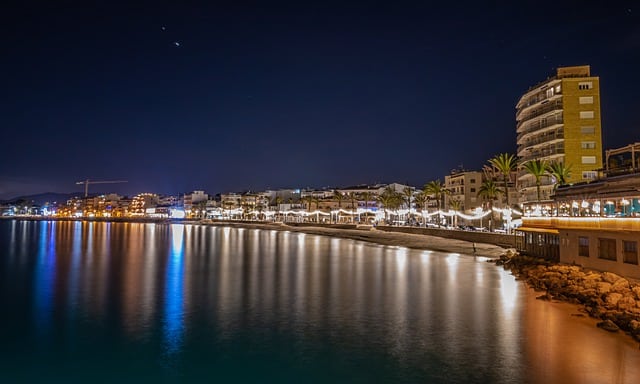 Mediterranean Costa Calida belongs to the Murcia province, the 9th largest in Spain. As another Costa hosting millions of travellers and expats, the great coast stretches for 250 kilometres and includes destinations like La Manga, a much-loved spot for water sports enthusiasts. La Manga separates the Mediterranean and Mar Menor, Europe’s largest saltwater lagoon. Another place, Cartagena port city, features many ancient roman ruins, while Mazzaron deserves admiration for its old architecture, as seen in the Church of San Andreas. In recent years, this Costa rose in popularity with expats.

Ah, the popular Costa del Sol area, otherwise known as the coast of the sun. Sitting in south Mediterranean Spain, the Costa del Sol is opposite Africa’s northern coast. Known for sandy beaches, and tourism, daily life revolves around the white golden sands, the clear Mediterranean Sea and numerous water sports activities. Famous places include Malaga, Torremolinos, Marbella, and Gibraltar. This Costa is also home to one of Spain’s top touristic attractions bringing in people from all around the world that is the Alhambra Palace. The Costa del Sol’s warm climate makes it ideal to live from January through to December. The other feather in the cap of the Costa del Sol is Marbella’s golden mile, one of the most prestigious areas to live in Spain. 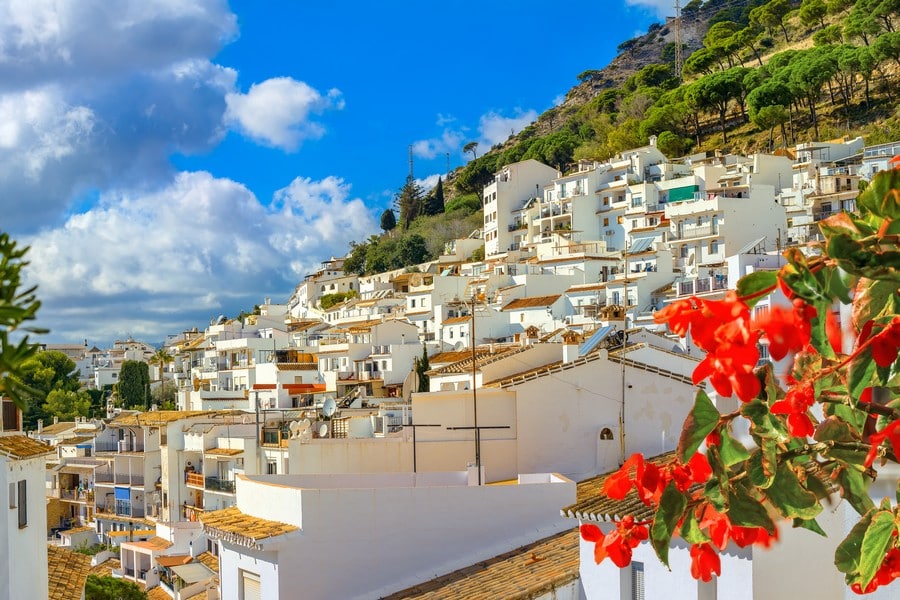 Hosting an annual average of 3 million tourists, Costa Dorada makes up 216 kilometres of gorgeous coast. The name translates to the Golden coast area and offers up stunning beaches, alongside massive land areas of almonds, olive groves, and vineyards. Family Friendly Costa Dorada stands out because, unlike other destinations in Spain that were accused of selling out their cultural heritage to turn into a concrete jungle, the Costa Dorada kept its traditional Spanish ambience. Famous places to holiday and live include L’Ampolla, harbourside Cambrils, Salou, honey-producing El Perello, Torredembarra, and Altafulla.

Sitting between the Costa del Sol and the Almeria coast of Spain, Costa tropical is one of the lesser-known coastlines, yet still highlights the best of Spain. Expats and visitors on holiday indulge in roughly 320 days of sunshine, thanks to the Mediterranean weather, which also helps tropical fruits grow in abundance. Five resorts stand out on the tourism market, and they are Motril, Salobrena, La Herradura, La Rabita, and Castell de Ferro. Naturally, given the warm days, locals participate in many outdoor activities, including golfing, but Costa Tropical also stands out because of the Sierra Nevada Mountain range, Spain’s top skiing spot.

In the Castellon province of Spain, Costa del Azahar, north of Valencia city, translates into the orange blossom coast. Boasting 115 kilometres of coastline, this is another Costa that fully embraces Spanish festivals. Some expats and holidaymakers prefer Costa Azahar because it is less populated and crowded than neighbouring Costa Blanca. While the Costa essentially earns fame for its orange production. Although there are many small towns to explore and get to know, the most prominent destination is Valencia, Spain’s third-largest city.

Sitting on Spain’s Andalusian coast, the Costa de la Luz was initially favoured by Spaniards only. Yet, in recent years, gained popularity when the internet promoted independent travel and living. With a history dating back to the 12th century BCE, naturally, history lovers are in their elements with numerous landmarks and local attractions. On the other hand, Costa de la Luz also attracts nature lovers thanks to the Dorana national park. Prominent coastal resorts include Matalascanas, Umbria, Mazagon, Lepe, Cartaya, and Ayamonte.

Regions of Spain: If you enjoyed this article about the best Spanish Costas, you might also like our article that talks about the 17 official regions of Spain and what makes each one unique. Alternatively, if you are looking at becoming a house owner in Spain, browse our portfolio of apartments and villas for sale. In next to no time, you could be living an expat life in the Costas of Spain.