Home > News > The Seven Regions of Portugal – Guide for Expats

The Seven Regions of Portugal – Guide for Expats

Altogether the regions of Portugal make up a delightful country brimming with culture and traditions. These seven regions further break down into 18 districts, which some stand out for travel and overseas living. From the smaller region of Madeira to larger ones that home most of the population, many foreigners love and adore their landscapes, local communities, landmark buildings, and day to day ambience.

As an old EU nation, Portugal sits on the western Iberian Peninsula, between the Atlantic Ocean and Spain. Additionally, the Azores islands are aptly named Paradise in the Atlantic, while Madeira’s nickname is Pearl. Let us look at the seven regions and delights they have in store for anyone planning to travel or live in Portugal.

About the Regions of Portugal

To visit northern Portugal is to experience beautiful landscapes, from green valleys to ancient castles. The region perfectly combines old with new to present a charming area brimming with things to do and places to go. For those thinking of living in Portugal, home prices are also considerably lower than in other places like Lisbon, While for those visiting, the UNESCO Douro region should be your first port of call.

Also holding the port city of the same name, the Lisbon region is Portugal’s second most populated place after the northern part. Breaking down into 18 separate neighbourhoods, Lisbon bursts with interesting places both to visit and live. Alfama that spreads from the castle walls down to the Tagus River is one.

This is where Lisbon’s most popular festivals take place. Another must-visit place is Bairro Alto, especially for the culture and nightlife scenes. Baixa is Lisbon’s downtown district, while Mouria is a multicultural mix with various shops and restaurants selling delights from around the world. Finally, Sai Vicente boasts of a flea market and Flora monastery, a marvellous example of Portuguese architecture.

Central Portugal has much to boast about, including the country’s highest mountain, coastal towns, one of Portugal’s oldest universities, vineyards. It is the birthplace of queijo da serra cheese. Major places within the region include Guarda, Covilha, Torres Vedras, Leira, Castelo Branco, Rainha. And Coimbra.

Central Portugal boasts many historic villages, including Monsanto, often called the most Portuguese village in Portugal. Sitting at a higher elevation, most villages date back hundreds of years, and visitors usually come to participate in festivals and taste mountain food like cheese, sausages, and honey. Almedia’s highlight is a 12-point fortress, while Castelo Rodrigo is known for a small gothic church and a castle and palace remains.

While the coastline is known for surfing potential, flat landscapes make this an excellent destination for cyclists. Otherwise, it is time to change your food preferences and try local, regional dishes like gazpacho, the migas and acordas soups, and a fine regional wine twinned with cheese. Naturally, as a coastal destination of Portugal, fish is heavily on the agenda.

For foreigners and ex-pats, the Algarve is possibly Portugal’s most famous destination. Its reputation, long rooted in prestigious yachts and luxury homes, puts the Algarve on the map as one of the most desirable places to live in Portugal. Putting aside luxuries of life, the Algarve is home to migrating birds, historical towns, and almond trees. 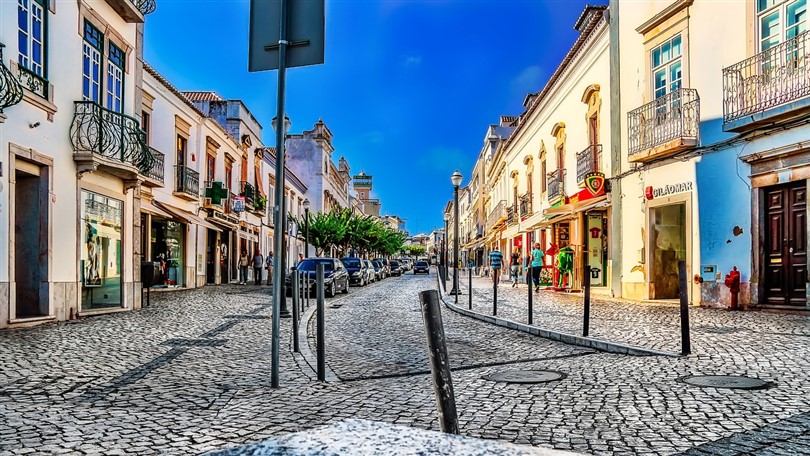 With nearly 50 courses to choose from, many say the Algarve is one of the world’s best-golfing destinations. The Algarve highlights Portugal’s time-honoured cuisine through various dishes, but it is here that visitors get to dine in Michelin Starr restaurants. Most expats looking to live here usually settle in Lagos. Other prominent places include Silves, Portimao, Albufeira, Tavira and Faro, the Algarve’s gateway to the rest of Portugal.

Scuba diving is big business here, but otherwise, Madeira embraces time-honoured cultural heritage through numerous festivals like Carnival parades, flower festival, and the year-end firework festival. Food and drink come highly on the list of things to do. Black Scabbard, tuna steaks, octopus, and periwinkles are must-try fish dishes, while beef dishes include the kebab on a bay stick and garlic marinated beef. Also, expect to see tropical fruits in abundance and taste the famous Madeira wine made from the Tinta Negra, Terrantez, Sercail, Boal, Malvasia, and Verdelho grape varieties.

This collection of nine islands belonging to Portugal makes the Azores a delight to explore and get to know. Santa Maria wins fame for white sandy beaches and mass vineyards. Sao Miguel, the largest island, is known for its lagoons, hot thermal waters, and volcanic lakes. Sao Jorge, Faial, Graciosa, and Pico often host visitors looking to spot whales and dolphins.

Food comes to the forefront on Sao Jorge, with the Fajas dish and local cheese, while Faial is known for the extinct Capelinhos volcano. Sitting to the west, Flores boasts of beautiful waterfall and small lakes, while Corvo attracts birds on the migration route. Although few expats of Portugal live there, all islands are unique in themselves and worth exploring individually.

Best Places to live in Portugal: Portugal’s strong influence on culture and architecture spreads across the globe, and the country is known internationally for its high standards of living. Although all regions are delightful, some stand out more than others for their popularity with foreigners moving to the country. In this article, we look at which regions of Portugal they are and why they stand out.