Home > News > About Valencia in Spain: 7 Things it is Known For

About Valencia in Spain: 7 Things it is Known For

When it comes to experiencing the Mediterranean-sea’s glory, Valencia in Spain should be on your list. Sitting on the Iberian Peninsula’s south-eastern coast, Valencia attracts many foreigners from around the world, either because of its booming tourist industry or they want a place to live overseas. Reasons for its popularity are easy to understand.

Including the Catalan culture, it boasts of gorgeous beaches, ideal weather, a vibrant nightlife scene, the Tomatina festivities, and of course, is home to the original Spanish paella. Let’s not forget the three UNESCO World heritage sites that ensure the future world sees its heritage. As part of southern Spain, the region includes the large city and the two province districts of Alicante and autonomous Castellon. Indeed, getting to know Valencia properly would take years, so in this guide, we give a snapshot view of why it makes the perfect region if you want to live or holiday in Spain.

About Valencia in Spain

Valencia, one of Spain’s best cities, is a delight to explore, as not only do they preserve their cultural heritage but perfectly combine it with the modern world. As the third-largest city in Spain, Moorish architecture is a prominent feature. Still, annually during March, thousands descend on the city for its Fallas Fiesta stemming from an 18th-century tradition that includes parades, fireworks, and the battle of the flowers. The city centre is also where Valencia’s Roman aqueduct finished. It achieves historical fame as being one of the world’s longest. If partying and a vibrant nightlife scene are what you hamper after, head here.

For people looking at living in Spain, the Alicante province of Valencia often appears on their list. One reason is the Mediterranean-climate offers mild winters and summers full of sunshine, but the locals are used to a large foreign presence; Alicante is a sailing hotspot, thanks to its seaside location and strolling the promenade is a favourite activity. Even if you are just thinking of holidays in Spain, Alicante has a lot to boast about, including the famous Costa Blanca region that offers up to 200 kilometres of coastline and gorgeous beaches. Likewise, lively Benidorm is a popular holiday and expat spot for British people. 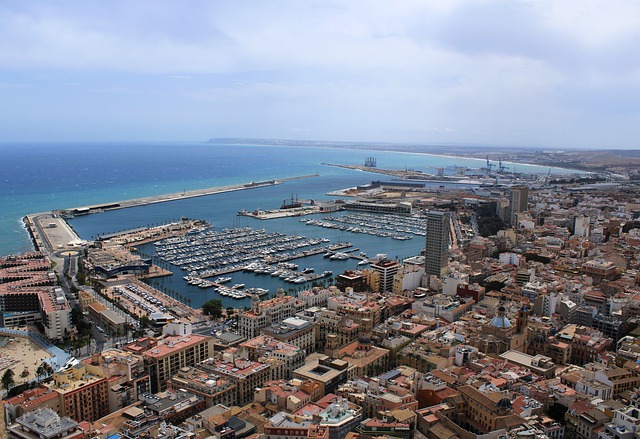 Heading north, we arrive at Castellon, and travellers should be aware of Spain’s varying cultures here that mainly occurs in language differences. In the Valencia community, locals speak two languages; Valencian / Catalan and then Spanish. You may hear both in this region. For foreigners, who want a life in Spain or to travel, the Costa Brava region is trendy. This is no surprise because the Spanish government first started to develop tourism 70 years ago. Catalan was also home to the famous architect Antoni Gaudi, whose monuments, like the Sagrada Familia, appear mainly in Barcelona.

Who can resist Spanish food? The delightful taste stems far beyond the stereotypical tapas and paella. However, the best environment for anyone who loves to tempt their tastebuds is where cuisines from all around the world appear. The Valencian community does this by offering up 35 Michelin Starr restaurants. Indeed, if you thought food was a casual topic, think again because you can tap into dishes produced by some of the world’s finest chefs. Otherwise, for traditional culinary delights, expect a typical Mediterranean diet with seafood and meat, as well as lots of citrus fruits.

5: City of Arts and Sciences

Valencia is known for many things, but probably the most famous is Calatrava’s Arts and Science Complex. Sitting in the city centre, it is one of Spain’s twelve treasures, having been opened for just over 20 years. The eye of knowledge building stands out for its modern architecture, but other landmark buildings within the complex include the aquarium, opera house and arts centre. It is a top visited tourist attraction, and every traveller should put it on their bucket list.

While Valencia is known for its cultural heritage, it gives visitors a chance to get out and about through the Sierra Calderona Natural Park, home to a large diversity of flora and fauna. Within the small village with the same name, medieval towers and ruins of an 8th-century castle can also be seen.

To fully understand Spanish culture and places, look beyond the typical siesta, Flamenco dancing, running of the bulls and sangria. Our blog will be of use for anyone visiting or thinking of living here. Also, talking about famous villages, towns, and places in Spain like Malaga, the Costa Del Sol, Torrevieja, the Andalusian area, Menorca, and more about Valencia in Spain, it is jam packed with interesting reading.

Regions of Spain: When you travel to Spain, it is helpful to know all about the 17 autonomous regions. This article talks about them all and includes details like a map of Spain, significant cities, mountainous areas, sightseeing attractions and heading inland to the countryside.