Home > News > Welcome to Famagusta on the East Coast of Cyprus

Welcome to Famagusta on the East Coast of Cyprus

With kilometres of beautiful beaches and turquoise waters, Famagusta is fast becoming a desirable place for foreigners to buy property abroad. Famagusta, on the east coast, already has an established stronghold regarding tourism and international industry. Of course, the Famagusta seaport plays a large part in this.

But other factors in its favour are the old walled city, the sandy beaches, and numerous things to do and places to go. Additionally, many foreigners already live in North and South Cyprus, thanks to the beautiful coast, gorgeous weather climate and numerous things to do. Indeed Famagusta is an all-rounder with much to offer anyone who visits, whether tourists or house hunters.

About Famagusta- The Delight of Cyprus 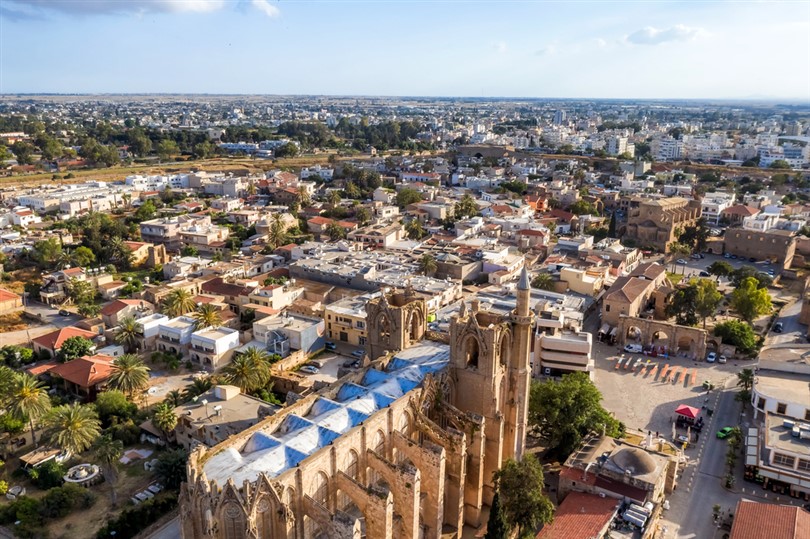 Famagusta sits east of Nicosia in Northern Cyprus and also connects to the famous town of Kyrenia, however the southern tip also extends into Cyprus. It officially belongs to the Turkish Republic of Northern Cyprus and connects to Turkey via the ferry port services to Mersin. In addition, people fly to Ercan Airport in Northern Cyprus or Larnaca Airport in South Cyprus. If crossing over from the south side, the nearest crossing point is Akyar or Derinya. Famagusta district is one of the six official districts in Cyprus.

Without a doubt. We need only look at Cape Greko National Park on the southern tip to prove this. The surrounding flora and fauna thrive with marked nature trails, sea caves and dramatic sea views for visitors to enjoy. Another scenic place that captures your breath is southern Agios Nicolaos harbour in Pernera, overlooked by a small chapel and known for stunning sunset views. Daily boat trips regularly depart during summer for other chances to see the beauty of Famagusta. Famagusta also excels in scuba diving thanks to the clear waters and beauty under the sea.

There are plenty of restaurants in Famagusta that provide various international and traditional menus. If you are in the old part city, head to the Namik Kemal square. Otherwise, head to the Salamis Road district if you are in the modern part of Famagusta. The palm beach area is also popular, with many cafes offering refreshments and meals. (Salamis is also the central shopping district.)

Varosia – Maras District: The abandoned Maras district, also called Varosia in Greek, is the district that the Turkish republic fenced off in 1974. Some people call it the ghost town of North Cyprus because of the deserted buildings and, in some places, barbed wire, barring any entrance.

Old Walled City of Famagusta: The old walled city part is one of the top tourist attractions, as many flock to the Saint Nicholas Cathedral, also called the Lala Mustafa Pasha Mosque and the Saint George of the Greeks church. Take a stroll around the old streets, throwing up many hidden history surprises, souvenir shops and quaint places to eat.

Othello’s Tower: This ancient fortress from Venetian Cyprus guarded the entrance to the harbour. Named Othello’s castle during the British period, it is believed Shakespeare based his character on the governor who ruled at that time.

Salamis Ancient City: This ancient Greek city sits 6 kilometres from Famagusta town. Both Paul the apostle and Barnabas spent time here in the early days of Christianity. At the same time, excavations have restored many landmark buildings; some relics sit in the British Museum. Other places relating to Christian heritage include Ayia Napa Monastery.

Other exciting places include Bastion Martinengo, Bastion of the Rivellino, Cathedral of Peter and Paul, Ruins of the Palazzo del Proveditore and the Armenian monastery Ganchvor.

5: Beaches and Coastline Destinations in the Offical Famagusta District

Konnos Beach: Belonging to the Cape Greco national Park, between Protaras and Agia Napa, Konnos Beach and the coast promotes crystal clear waters and lovely sand. This is where to go for diving and snorkelling.

Glapsides: This wide, sandy beach near the Salamis ruins has many amenities and is one of Famagusta’s most popular beaches.

Silver Beach: Famed for clear waters, this beach is another favourite for snorkelers. The width gives ample space to ensure peace.

Long Beach: This beach in Iskele is unmistakably one of Cyprus’s most popular beaches, stretching along the coast, with white sand, sun loungers and beach bars.

Fig Tree Bay: Named after the solitary fig tree standing at the headline, this bay is often called the gem of Protaras.

Limanaki: This harbour offers views of fishing boats alongside speed and sailboats. It also leads to the two lighthouses in the area. 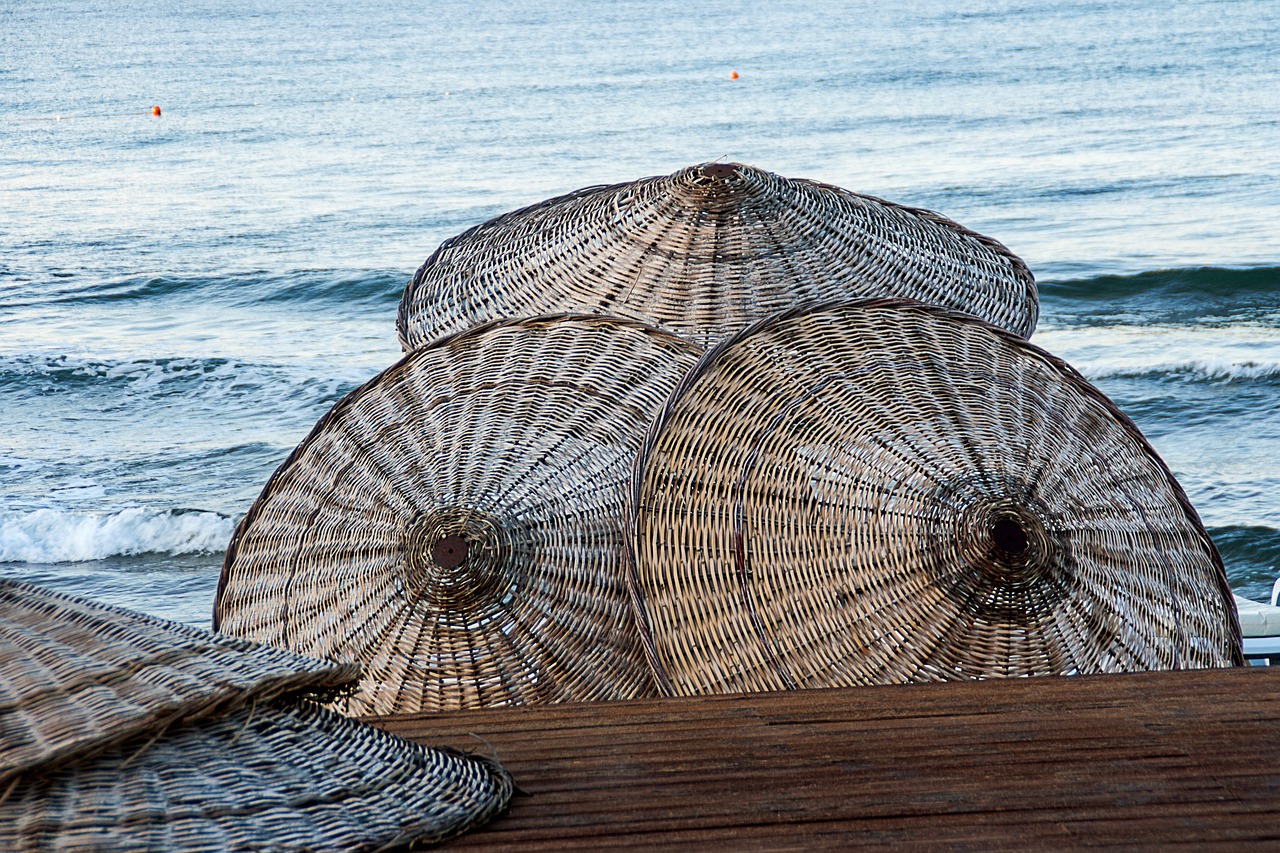 Nice to Know: In Turkish, Famagusta is called Gazimagusa, and it officially divides into three sub-districts Magusa, Akdogan, and Gecitkale. Please see our portfolio of apartments and villas if you are looking for property in any of these three areas. Just use the contact details to find out more.

Living in North Cyprus: We think North Cyprus is a good place to live. In recent years, North Cyprus has risen to the ranks of international locations for ex-pats to consider. In addition, some clients who originally bought homes in Turkey later moved to North Cyprus for an alternative lifestyle, but with those Turkish vibes they love and adore. 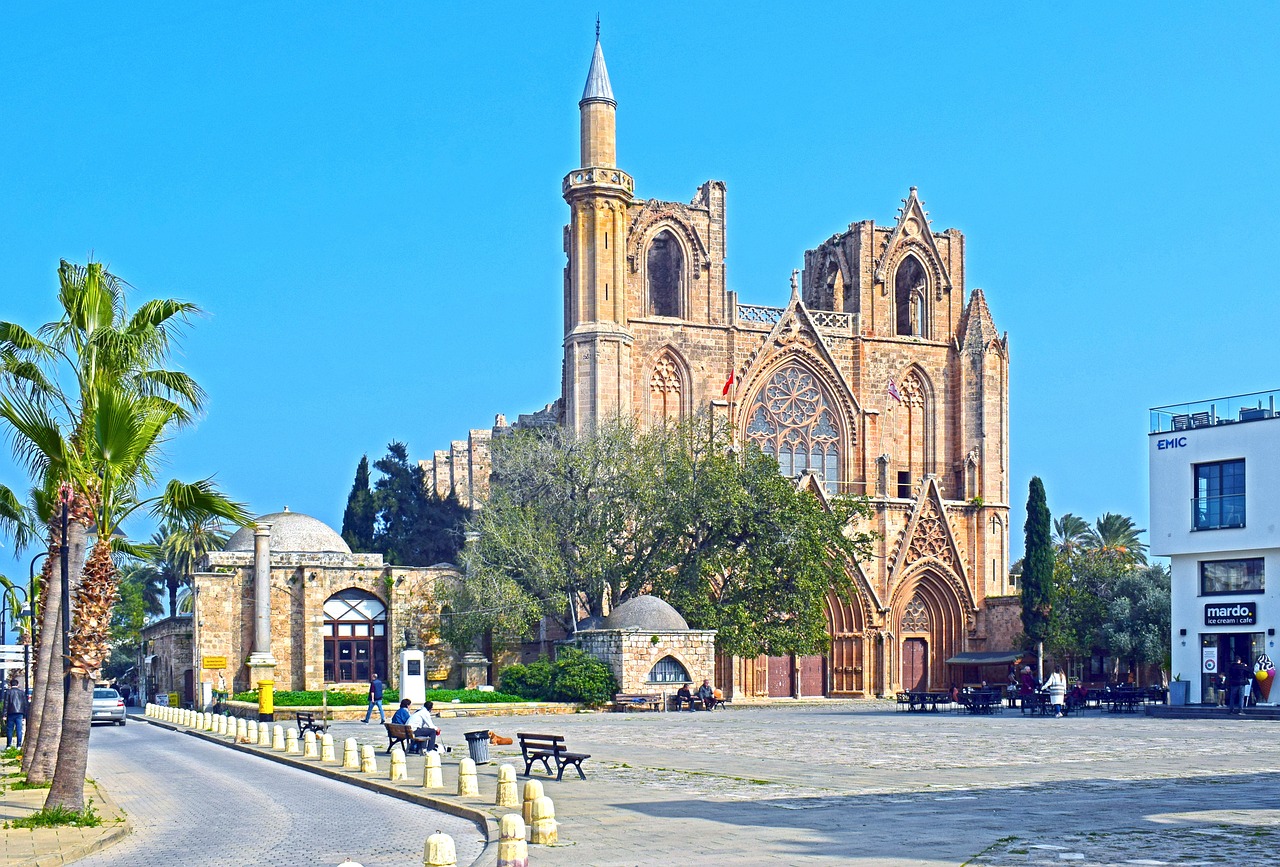 Properties For Sale in Famagusta 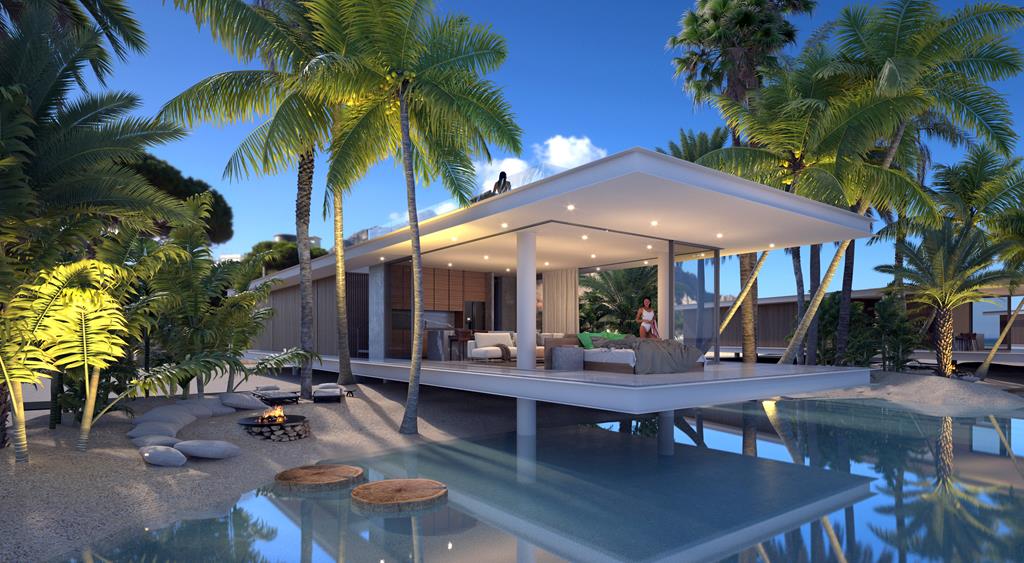 Bungalows For Sale In Tatlisu 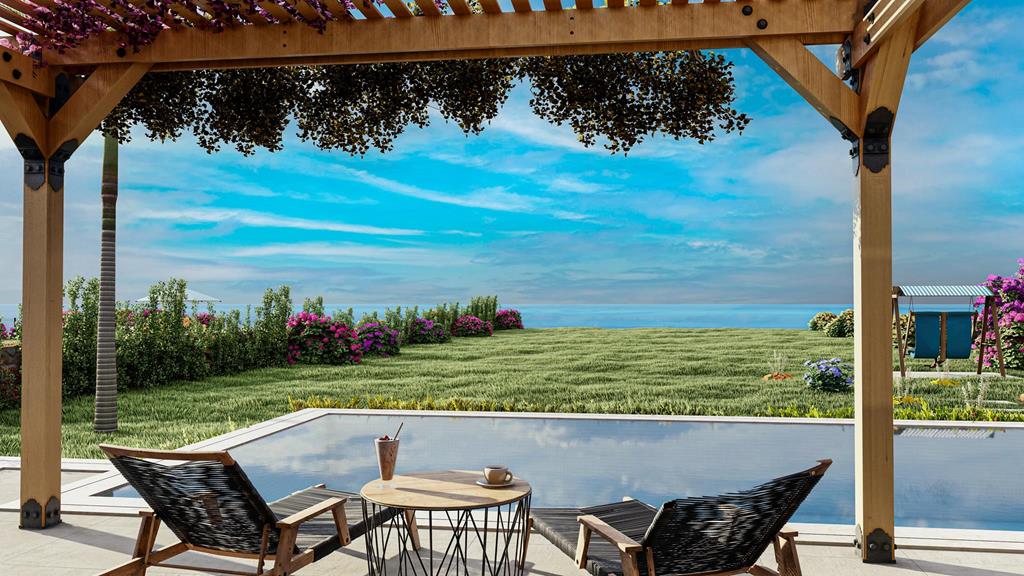 Modern Bungalows For Sale In Tatlisu

Loft Apartments For Sale In Tatlisu 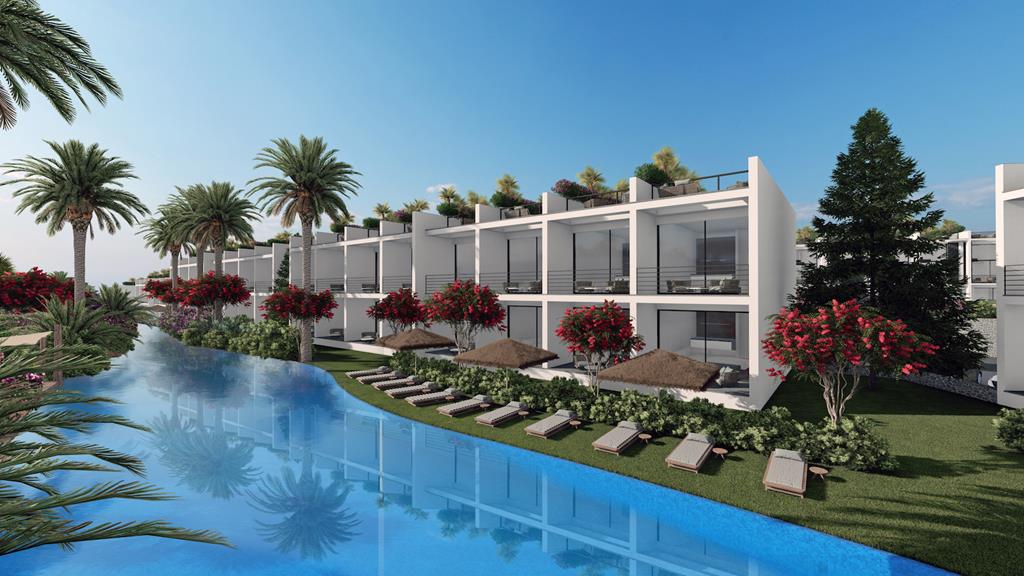 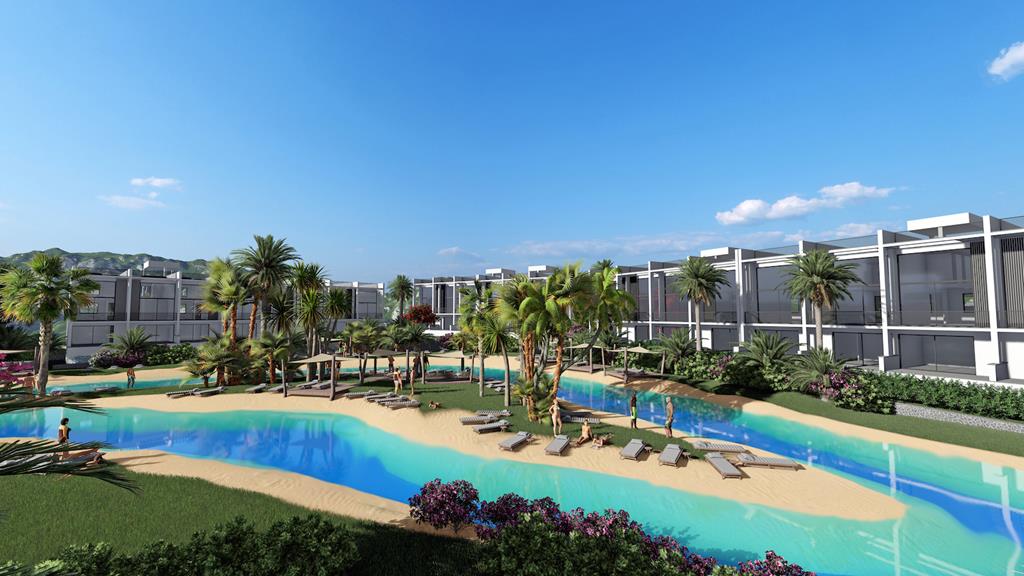 Studios For Sale In Tatlisu Modern Villas For Sale In Lapta