Without a doubt, the Yalikavak property market has risen the ranks to become a star performer of Turkish real estate. Sitting on the Bodrum peninsula of Aegean Turkey, the transformation from small, rustic village to an exclusive destination for luxury homes may seem like it happened overnight, although, in reality, it took many years.

These days, Yalikavak’s popularity has easily outranked real estate in neighbouring resorts like small Gumusluk, and the touristic hotspot of Turgutreis. More importantly, it has overtaken Bodrum town as the place to wine, dine and be seen if you are a luxury jet-setter.

So how did Yalikavak completely transform itself?

From many years, locals made their primary source of income from sponge diving. Generations handed down the trade and the town remained virtually “off the map,” overshadowed by Bodrum town which was the favoured hangout destination for artisans, authors, musicians and anyone seeking a hedonistic lifestyle.

That all changed in the 80s though when mainstream tourism took off, and Yalikavak wholeheartedly embraced the package holiday concept. Locals saw an opportunity to make money in other areas than just sponge diving and hotels, restaurants and excursions companies opened en-mass. It was a solution where everyone benefited. Holidaymakers were happy, and locals welcomed the chance to diversify their income source.

The dynamics were going to shift again though. At the beginning of the century, Turkey implemented laws legally allowing foreigners to buy and own property. Homes in Yalikavak offered extremely decent prices per square meter, and the cheap cost of living was just too much of a lure. Within a year, the village had grown to a town and had established its own expat community, most of whom were British and owned property.

However, the big game changer happened in 2011. Investors bought the old port for 42 million dollars and transformed it into a mega yacht marina. Yalikavak had achieved international stardom, and for Turks and foreigners, it became the latest trend in celebrity hangouts.

Extensive architecture and reconstruction work improved the aesthetic look of the Palmarina and ensured it could easily match any exclusive destination on the French Riviera. People were no longer looking at Bodrum town as the place to hang out but instead swapped to the Palmarina that marketed itself as far away as America as Turkey’s leading mega yacht marina. 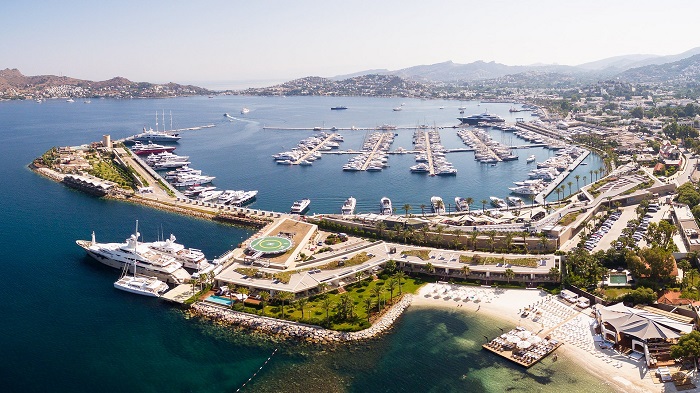 The marina was about more than sailing and yachts though. It became a lifestyle brand, and including the 620-birth capacity, everything was catered for including fine dining restaurants, VIP nightclubs, spa and fitness services, personal trainers, a beach club, swimming pool, helicopter transfer and landing pad, concierge service and luxury brand name outlets to spend as much cash as you want.

How the Palmarina Impacted the Property Market

Of course, the new, swanky marina was a welcome addition, but its presence affected the town in a more significant way. Recognising the type of people who now visited Yalikavak wanted bigger and better of everything, real estate constructors upped their game. Ultramodern architecture and modern living trends were incorporated into every luxury home.

Anyone with enough cash to put down on the table could also build and design their own home tailored to their exact specifications. Many newly constructed dwellings featured full sea views, ceiling to floor windows, smart home technology, his and hers bathrooms, gyms, Turkish baths, indoor and outdoor swimming pools saunas, lofty ceilings, staff quarters and even in-house cinemas. Yalikavak started to resemble  Beverly Hills in looks, ambience and prices.

These luxury seafront residences are a perfect example of what money can buy in Yalikavak. The Zen style design is the winner of an architecture competition with more than 400 international submissions, and the result is an all-inclusive hotel like concept with everything on your doorstep including secluded beach, concierge service, arts centre, helicopter transfer, cinema, library, gym, and town square. 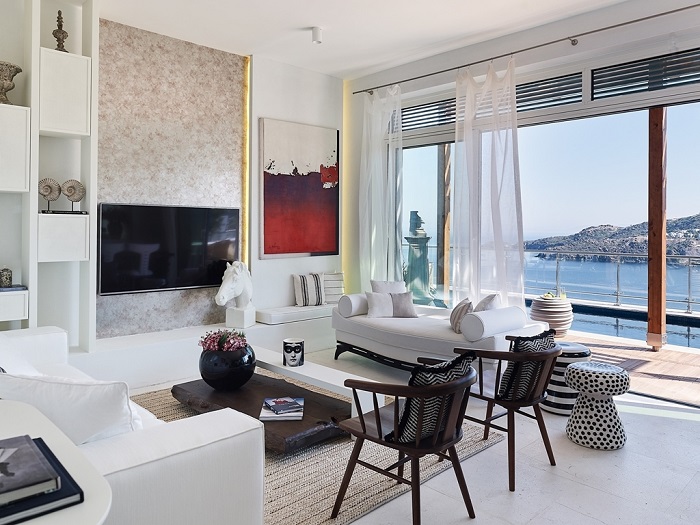 Even more impressive, is the fold home concept, a self-deploying structure highlighting a combination of smart engineering and real estate architecture. Homes range from 88 square meter apartments to 434 square meters millionaire villas, and if you lack time to furnish your own home, their onsite décor and design experts can carry on that zen theme for you.

A similar example is these one bedroom luxury apartments sitting just 5 minutes away from the marina, making them a desirable location for yacht owners. Carrying on the hotel type concept, they include all social and entertainment facilities needed for a life in the sun, but the definite selling point is the full-frontal sea view which at sunset, takes on a life of its own. 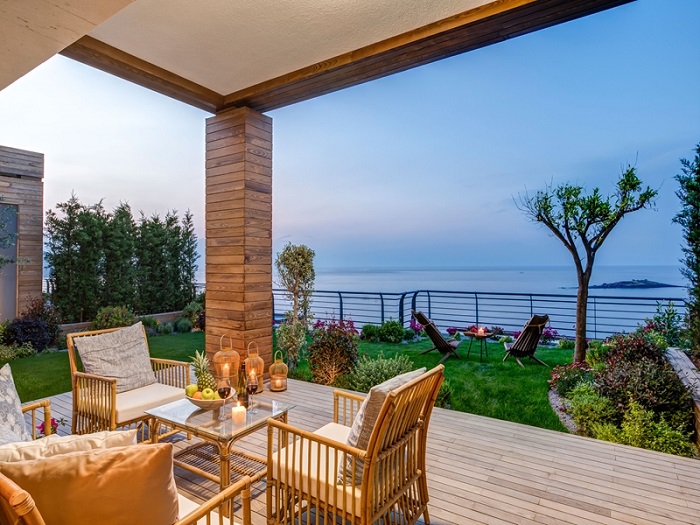 3-bedroom villas: These spacious villas in the heart of Yalikavak include gardens, private parking and many extras for modern living. During the construction phase, the aesthetic décor can also be tailored to your own preferences.

This 7-bedroom millionaire home displays the best of the Yalikavak property market. Overlooking the Palmarina, and standing on a 1275 square meter plot, main exterior features include landscaped gardens and infinity swimming pool. There is another heated swimming pool indoors and an extensive study and gym area. (See more pictures here.) 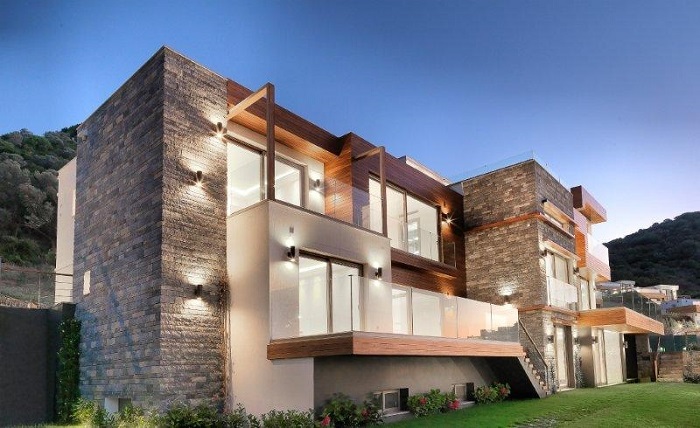