A report by the Daily Sabah newspaper has revealed that halal tourism in Turkey has risen in popularity to grab a 2% share of the global market that is worth 226 billion USD from an estimated 156 million Muslims that travel from all over the globe.

Yet Turkey is not content and is still forging ahead with plans to increase their global share to 10% and annually host more than 3 million Muslims looking for halal friendly destinations.

The results are on the back of a planned tourism campaign to increase halal hotels and facilities around the country. The increase can also be credited towards a growing middle class of Muslims with more disposable incomes. 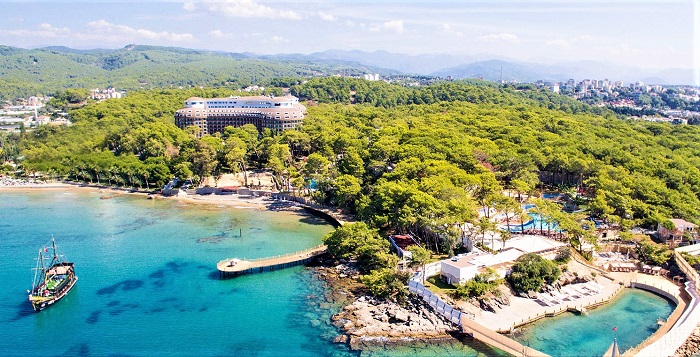 The news coincides with a Twitter campaign to promote Turkey to Arab nationalities. From January to April 2018, 25% of visitors to Istanbul were Arabs, who enjoy similarities in religion and culture.

Increasingly more Middle Eastern nationalities have also been buying property along the Black Sea coast in places like Trabzon, Yalova and bursa.

Halal Tourism in Turkey and the Global Muslim Travel Index

In 2017, the Global Muslim Travel Index by Mastercard ranked Turkey as the fourth most popular destination for Muslim travellers. Two crucial aspects in Turkey’s favour was the ease of air connectivity as well as visa procedures.

They also scored highly for family-friendly and prayer facilities in hotels and airports. Areas highlighted for improvement include ease of communication and awareness and outreach.

Turkey has 60 halal hotels in Turkey of which the Wome Deluxe hotel in Antalya is one of the most prominent. In 2017, the Turkish Standards Institution introduced a new accreditation program for hotels to fulfil several requirements to gain a halal certificate and prove themselves as adhering to standards.

Four Cities in Turkey Listed on the Top 100 Most Visited