Home > News > Popular Cities in Portugal to Visit and Live

Popular Cities in Portugal to Visit and Live

When looking at towns and cities in Portugal, get ready for an avalanche of choices. Altogether there are just over 500 towns. Called a vila in Portuguese, some are municipality seats, while others belong to one. Additionally, 159 cities sit supreme as transport, shopping, nightlife, arts, and culture hubs. Whether you want a weekend Algarve getaway or somewhere to live in Portugal, most towns and cities present a delightful blend of neighbourhoods to consider. So, let’s look at popular cities to visit and live.

6 Cities in Portugal Worth Admiring

Of course, everyone should know Lisbon would come first. As Portugal’s largest city and capital ruling centre, roughly 600,000 people live in Lisbon city centre, with 2 million living in rural areas. This ac

counts for a staggering 27% of Portugal’s population. Sitting on the Iberian Peninsula, part belongs to the Portuguese Rivera. When considering importance, Lisbon ranks for everything from tourism to arts, entertainment, and shopping. This gives visitors and wannabe expats a good idea of what awaits them.

As western Europe’s 9th most popular tourist city, and one of the world’s oldest, Lisbon was famously ruled by Rome and then the Moors. Current-day neighbourhoods within Lisbon centre include Alcantra, Parque Das Nacoes, Alfama, Chiado, Belem, Beato, Baixa, Bairro Alto, and Mouraria. Go to Chiado for high-end shopping, or Alcantra for riverfront bars and nightclubs. Stroll around Alfama, the oldest district, or head to Bairro Alto, another place for lively nightlife. (More area guides for Lisbon in Portugal.)

2: Faro in the Algarve

Belonging to the Algarve region of southern Portugal, Faro is a significant city that commands respect from all who visit. Dividing itself into two distinct areas, Faro is notably known for its nature park, one of seven natural wonders in Portugal. Including a beach, river, lagoon system, dunes, the range of flora and fauna thriving in the area makes it one of Mother Nature’s wonders. 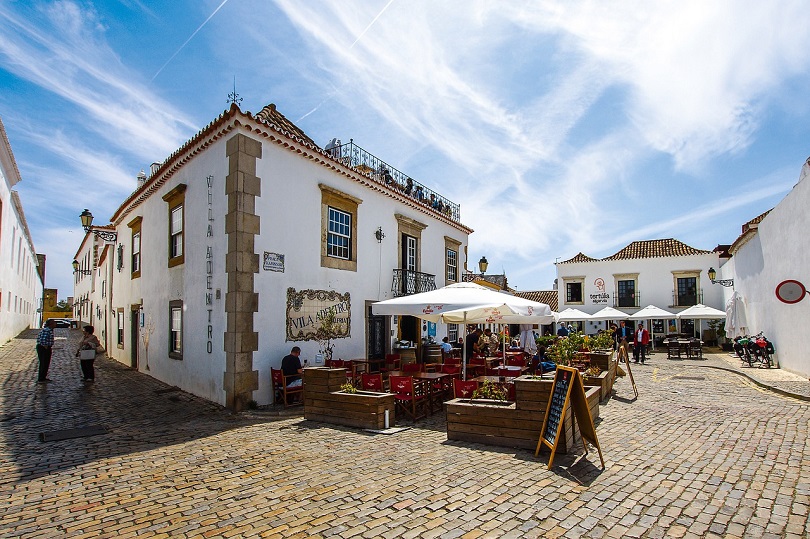 Aside from that, if beaches are your passion in life, Faro delivers an ample range, including Baretta, Farol, Culatra and Ancao. Separating into four separate parishes, most holidaymakers pass through Faro favouring other parts of the Algarve, yet the town offers a fantastic selection of restaurants, bars, and cultural history. Proof that it is worth your time is in the number of ex-pats who have chosen to make it home. If passing through, three nights is ample enough to sample all that Faro has to offer.

Coimbra, home to Portugal’s oldest university displays stunning ancient architecture. With roughly 100,000 citizens, most tourists visit for the day, but staying overnight, throws up more places to visit. As Portugal’s fourth-largest city, local councils did a marvellous job of preserving historical tales through ancient buildings, of which UNESCO classed as a World Heritage site in 2013. They say, “Coimbra offers an outstanding example of an integrated university city with a specific urban typology as well as its own ceremonial and cultural traditions that have been kept alive through the ages.”

Do visit the cryptoporticus and aqueduct. In addition, the city did a marvellous job of keeping green spaces through parks and gardens. The University Botanical Garden is the world’s fifth oldest. Other green spaces include Choupalinho and Mata Nacional do Choupal. If you head out of the city boundaries, visit Palheiros do Zorro River beach.

For beaches and promenade strolls, stay in Foz district. Spend evenings in the Ribiera district or step it up a notch and head to bars and clubs nearer the university. For ideal weather conditions, visit in late spring or early autumn, since during summer, crowds flock to see major attractions. While in Porto, browse travel agents’ shops to see daytime excursions to places on the city outskirts.

Sitting in north Portugal, Guimaraes brims with historical importance. A short distance from the old town centre, Guimaraes castle was Portugal’s first king’s birthplace; hence Guimaraes’s influence is known all over the country. After admiring and learning about its importance, head to Dukes of Braganza Palace, a grand establishment belonging to a family of the same name who ruled for over 300 years. 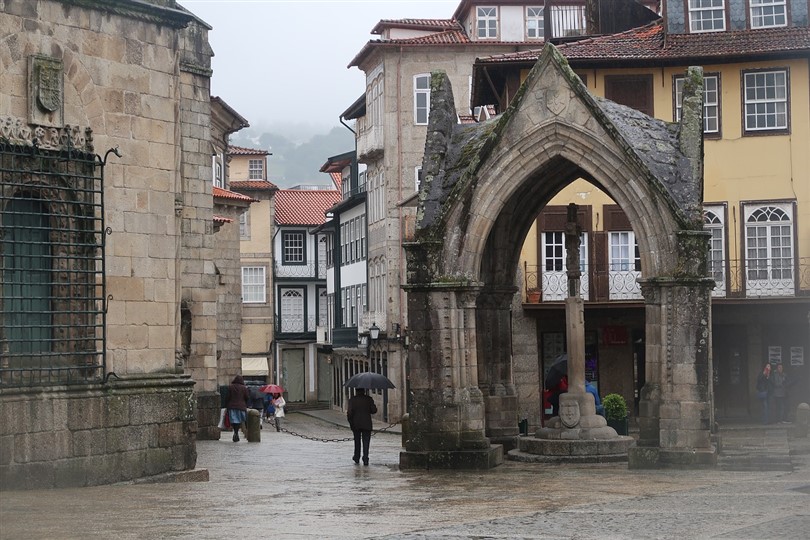 Otherwise, see Guimaraes historical centre, a 20-year-old UNESCO World Heritage site. Featuring stunning medieval architecture and centred around two plazas, the old town hall is based here. Grab refreshments and something to eat in Largo da Oliveira square, that offers plenty of establishments to choose from. For beautiful landscape views of Guimaraes, jump onboard the cable car to Penha Mountain, 7 kilometres outside of the city.

6: Braga City and the Stairway to Heaven

Sitting in north Portugal, Braga, the country’s third-largest city, promotes a small-town feel rather than a large urban landscape. Many tourists combine a day trip from Porto to see Braga and Guimaraes, but we think it deserves more time simply because of undeniable charm. Braga’s most famous tourist attraction, the 19th-century Bom Jesus do Monte church, nicknamed stairway to heaven, takes 557 steps to climb, but otherwise hop on board, the funicular for a more relaxing entrance.

After visiting the church, explore and admire the gardens. Other places include many ancient churches and the 11th century Se De Braga cathedral, Portugal’s first structure of this kind and built before the founding of Portugal. Hang out with locals in Santa Barbara Garden, then head to the 18th century Raio palace, displaying stunning blue exterior tiles.

Tourism is an integral part of Aveiro’s economy. Many people arrive to ride the Ria de Aveiro canal system on gondolas, nicknamed the Portuguese Venice. Additionally, Romanesque and Art Nouveau architecture in old town buildings make this city a historical delight. Other places for tourists include the 16th century Carmelite and Misericordia churches, whereas beach lovers should head to Costa Barra and Costa Nova on the outskirts.

Two days is enough to explore Aveiro, whereas if you want somewhere to live, everything is on your doorstep in this family-friendly city. One significant aspect about Aveiro is that free rental bikes are available everywhere to get from A to B healthy and without spending a dime.

Regions of Portugal: Altogether, seven official areas of Portugal make up a delightful country brimming with culture and traditions. These seven regions further break down into 18 districts, which stand out for travel and overseas living. From smaller regions like Madeira to larger ones that are home to most of Portugal’s population, many foreigners love and adore their landscapes, local communities, landmark buildings, and day to day ambience of cities and towns.

About Us: Established in 2003, we are an award-winning company and this is reflected by leading global newspapers and news channels frequently quote Spot Blue. We pride ourselves on our unbiased and expert knowledge that we pass on to our clients in a professional and caring manner. So, if you want to know more about cities in Portugal because you are considering investing in real estate, contact us today or follow us on Facebook to stay updated with property news from abroad.