How to Enjoy Autumn in Spain and Where to Go

Autumn in Spain is just as delightful as summer. Think autumn colours, vibrant landscapes, and the ideal weather for exploring. Ask people who live in Spain; they will say the summer months are for relaxing, around the pool or beach. Winter is downtime to recharge your batteries, while Spring and Autumn are the perfect time to explore the beauty of Spain.

Some people also think about visiting Spain in October before Christmas and New year. Autumn is the ideal months to see towns, villages, and beaches as the main tourism season finishes. Additionally, those who spend extended time in Spain for three months or more head out once autumn starts. Autumn runs from September, October, November, to December, and Spain offers much during these months. So, let’s look at why and where to go to enjoy the entire Autumn season’s delights.

How to Enjoy Autumn in Spain

1: Why Visit Spain in Autumn?

2: Autumn Festivals and Traditions in Spain

Euskal Jaiak: Spain’s Basque culture is one of Europe’s oldest communities, and the Euskal Jaiak cultural event celebrates the heritage every Autumn for seven days in September. Expect dance, sports, food, and handicrafts to get a good insight into Spain’s diverse and unique culture.

Surfing Season: Tourists tend to go south rather than north in Spain, but if you do venture that way from October onwards, expect to see surfers. Then, the season kicks off, and even though the temperatures are cold, surfers don their wetsuits to catch the Autumn waves.

Catalan Day: Celebrated on September 11th every year, Catalan day remembers when Barcelona fell during the 18th century and the war of the Spanish succession. Street parades take place with live music and various other Autumn shows.

San Sebastian Film Festival: Hundreds of films are showcased at the San Sebastian Film event, which is known all over Spain for its premier status. It is not just creators and filmmakers from Spain who appear though, because, given the prestigious status, people attend from all over the world.

Festa de la Merce: Held in honour of Our Lady of Mercy, this marks the beginning of Autumn and takes place in Barcelona. There is nothing small-scale about this event that draws in crowds from near and far.

Dia de Todos Los Santos: On November 1st, this is known as All Saints Day, and rather than be about fun and laughter, Spaniards remember loved ones who have passed. Many Spaniards go to their graves with Autumn flowers.

National Spain Day: Celebrated on October 12th in major cities, bands and parades go through the streets. Also known as Hispanic day, this resembles when Christopher Columbus sailed to the New World.

Valencia Independence: On October 9th every year, the Valencia region celebrates their independence from Moorish rule in 1238. How do they celebrate? With parties and parades and the famous Valencia paella. 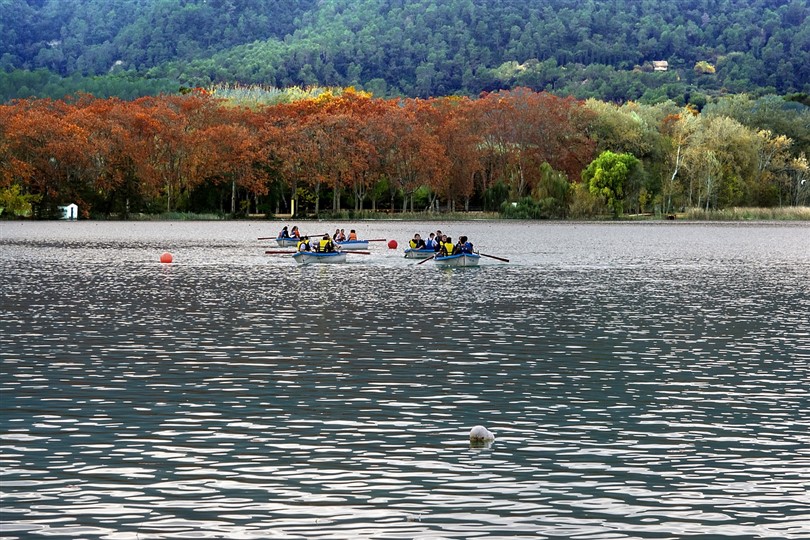 Wine Harvest: La Rioja in Spain is famous for its delectable drink, and during Autumn, they harvest the grapes. To celebrate this, Logrono holds an event at the beginning of Autumn. See the traditional wine crushing by foot, lots of dancing and food tasting.

Chestnuts: Most tourists associate chestnuts with winter, but in Spain, they appear in Autumn. Look out for the stalls where they toast the chestnuts, and you can grab some while strolling around the city.

Wild Mushrooms: For foreigners, this unique event in Catalonia may seem strange, but many tourists join in. Look out for the Autumn mushroom foraging tours to pick unique species like black trumpet or porcini.

Churreras: You may already have heard of churreras, the fried doughnuts of Spain. Yet during summer, their popularity dies down. Autumn sees them reappearing, though, and Churros vendors sell them, along with hot chocolate.

Fruit and Vegetables: Enjoy the unique taste of Pomegranates sprinkled over fresh salads and Persimmon. Squash is excellent when roasted in the oven; taste green beans, chard and spinach, and enjoy quine in freshly baked desserts. For Autumn seafood, taste octopus, lobster, red prawns, and scallops.

4: Where is the Hottest Place in Spain?

If you missed the summer sun but still want some during Autumn, visit Andalucía, the hottest part of Spain and Europe. This southern area is probably the most famous because of enormous cities, stone white village houses, and the fantastic weather climate. Seville holds some of Spain’s most popular tourist attractions and fascinating cultural heritage. Brits love the Costa Del Sol part, especially Malaga, boosting an Autumn ambience. Some popular places where tourists and expats flock are Nerja, Marbella and Fuengirola. Other places to visit during Autumn include Costa Del La Luz, Costa Tropical, and Costa Almeria. Aside from relaxation, Andalucía is also one of Spain’s most notorious golfing destinations. (Read more about regions in Spain.)

Gorbea Natural Park: Sitting in the Basque country of Northern Spain, visitors can expect to see the full glory of Autumn in this park, one of Spain’s most vibrant. Visit the Otzarreta forest part to see the tree leaves turn into beautiful orange, yellow and red colour ranges.

Retiro Park in Madrid: Locals and tourists love this delightful park during Autumn, which is famous for picnics, strolls and bicycle rides. You can also rent small boats from the small lake, and entertainers often head here to highlight their talent in return for money.

Donana National Park: Covering 54,252 hectares of Andalusia in southern Spain,  and straddling the provinces of Huelva and Seville, Donana is one of Europe’s most beautiful wetlands. Visitors visit various ecosystems in Autumn, including lagoons, pine groves, dunes, cliffs, and 30 kilometres of white sand.

Sierra de las Nieves: Sitting in Malaga of the Andalusia province, near the Costa del Sol, Málaga and Ronda, this area is jaw-dropping. See the deepest vertical cave in Spain, more than 1500 different species of plants and Spain’s delightful white villages that are the ideal base for hiking, trekking and horse riding.

Mediterranean Forests in Cabaneros: Sitting in Montes de Toledo, Cabaneros promotes the best of the ecosystem in Spain. From deer to golden eagles, oaks, holm oaks and cork trees, in Cabaneros, Mother Nature rules, and we are simply visitors.

Winter Destinations: Many clients ask us about the best places to spend December through to February in Spain because as well as holiday homes for summer they want to visit during the mild times of the year. This article talks about places so anyone choosing to stay or visit Spain this season can experience everything culturally Spanish.

Best Spanish Costas: The best Spanish Costas promote expat living in the sun through an avalanche of choices. Naturally, with most of Spain surrounded by sea, including the few odd islands, the Costas are abundant. Most tourists visit mainland Spain’s eastern and south Costas for tourism and expat destinations and to soak up cultural vibes during Autumn in Spain. 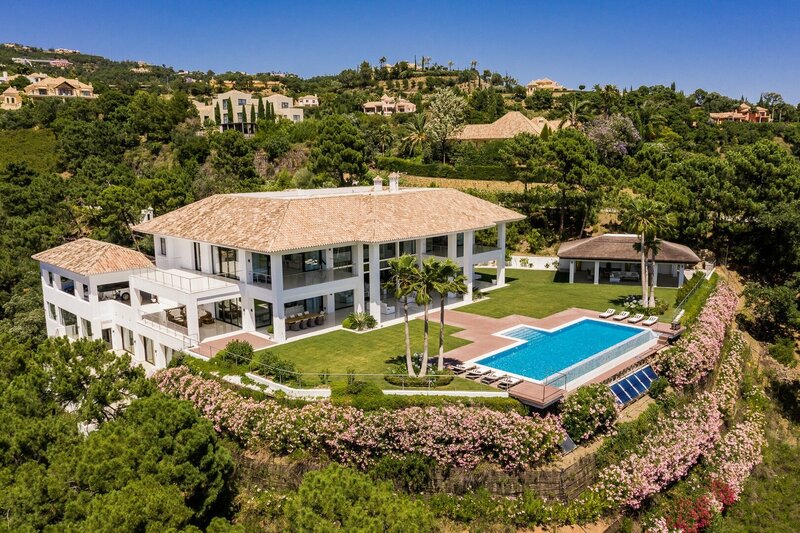 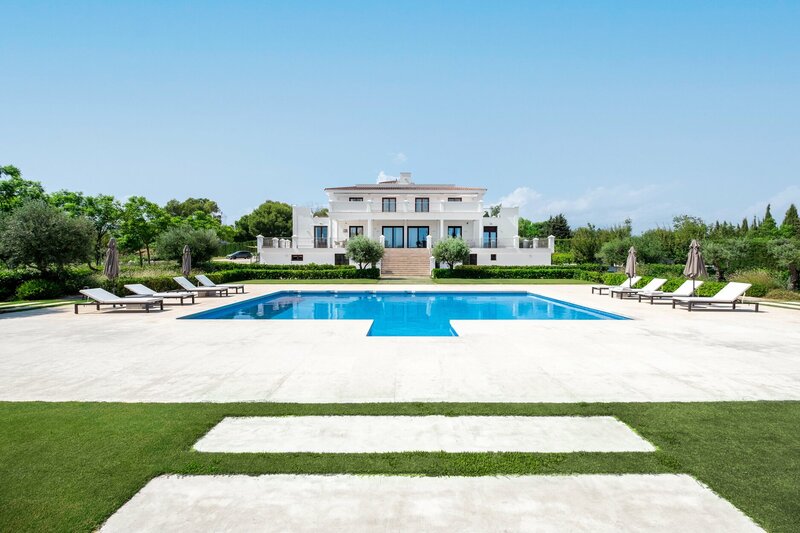