Birmingham in the UK is the second-largest city in the United Kingdom with a growing and vibrant economy and, thus, a significant player. London is the biggest UK city and the country’s capital. Still, with a regional economy of about £ 90 billion, Birmingham is rising into one of the largest financial hubs in the UK. In the industrial revolution, Birmingham’s vibrant past played an important role, and many of its old icons of the 18th century can still be seen today. This vibrant city’s popularity is such that smart, converted factories and warehouses, along with new and contemporary homes, sell quickly.

Birmingham is a multi-cultural community, and it seems like the mixture fits well together. You can see a plethora of religious buildings that appeal to anyone with this in mind. Diverse cultures maintain their customs and values but still accept each other’s cultures and seem to live together in peace. If, for example, you want to live near a church, mosque, or synagogue, you can find a property for sale nearby in Birmingham, UK, within your budget. Its total population is over 1.2 million and is increasing in the West Midlands of England since it has the youngest population in the UK. 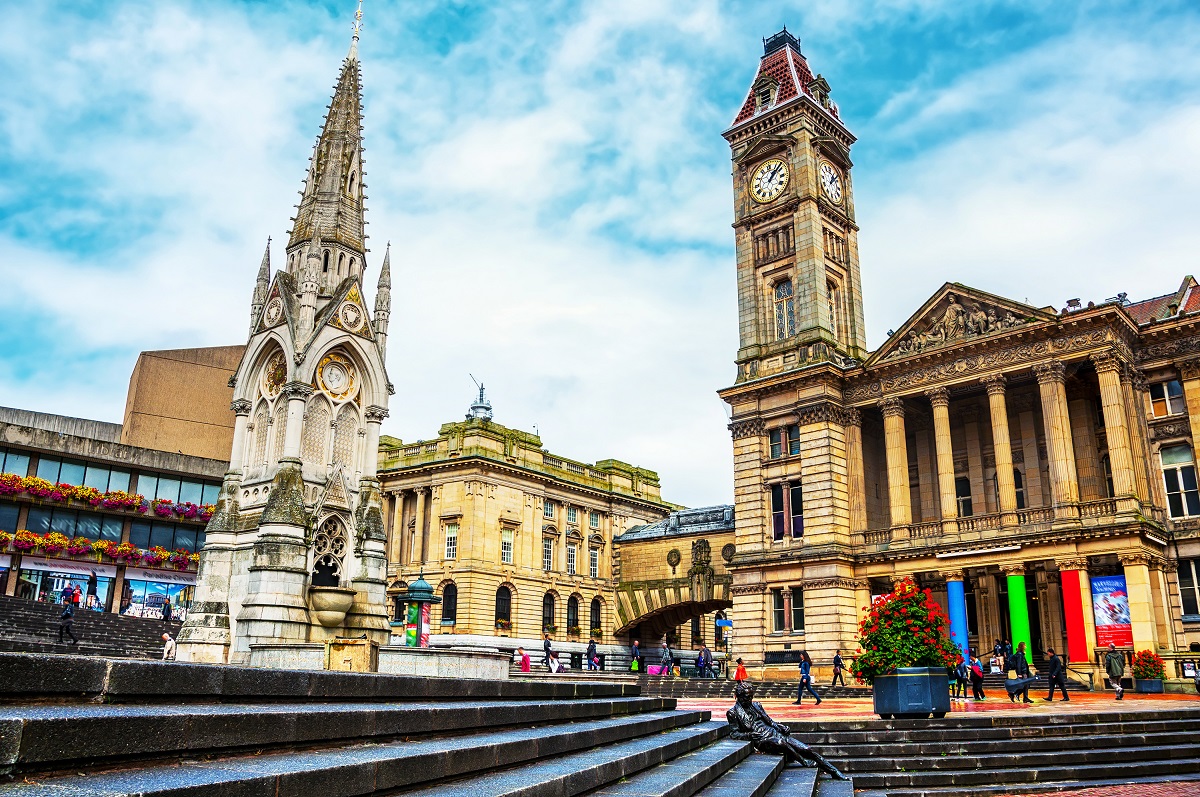 A staggering amount of money has been poured into the area in recent years, making this place also very appealing to the Birmingham, UK property investor. This place now draws young professionals who, for several reasons, are heading to Birmingham. Major companies move lock, stock, and barrel to the area and carry their young professional workers.

Why are businesses relocating to Birmingham?

With excellent road, rail, and flight connectivity to the rest of the UK and worldwide, the travel network is second to none. Birmingham is connected by the motorway network to London and the north of England. Birmingham International Airport (BHX) is located only five miles from the city center and provides several easy travel options from the airport to Birmingham’s centre. About 9 million passengers flood through the airport’s gates via direct and indirect flight routes around the world. Birmingham to London (among many other cities) will be linked by the High Speed Two (HS2) rail network, and from Birmingham, you will be in London in just 49 minutes. Not only will the travel time be a fraction of what it is now (currently, the quickest is 73 minutes), it will add an estimated 22,000 jobs to the region through a massive £ 1.5 billion investment.

A network of canals and rivers crossing Birmingham was massively used in the 18th and 19th centuries for trade. A little known reality is that there are more miles of canals in Birmingham than in either Amsterdam or Venice, but they were not as attractive. These canals, however, are now beautiful walkways with plenty of trendy cafes and bars that line the canals, and, particularly on weekends, they are always busy. On the other hand, the core of Birmingham is mostly pedestrianised, and changes to the city are continuing, making it attractive for companies and buyers of property. Birmingham, because of its perfect position in the UK’s very heart, attracts a whole range of businesses. Property in Birmingham, UK is much more affordable than in London, for all concerned, it’s proving a win, win change. Property rates are a fraction of those that make Birmingham, UK, an appealing option for many in London.

Why do students choose Birmingham, UK?

There are currently five colleges in Birmingham, with students from all over the UK attending, plus international students. About 73,000 students are there, and they all need accommodation. Some families invest in real estate for their kids to remain in Birmingham, UK, while at university, others choose to rent from an investor. Above all, it offers students a tremendously balanced lifestyle.

What is there to do in Birmingham, UK?

Shopping in Birmingham is the place to stay for shopping outside London. If you have set your heart on the brand names or designer labels, you will find it in many shopping centers dotted throughout the area. All the prominent names are found here, and if you can’t find them in Birmingham, there may not be any! There are several markets and the lovely Christmas markets held here during November and December. In Birmingham, sports offer many sporting activities such as football, golf, cricket, tennis, athletics, and speedway. You will take part in dry slope skiing, rock climbing, kayaking, archery, and go-karting in sports centres. Recreation in Birmingham, UK, you can visit one of the many spas in the town or go further afield. With around eight cinemas located in the area, Birmingham’s cinema is famous.

Chocolate lovers would not want to go anywhere other than Cadbury World. Socialising in Birmingham, it’s always fun to meet friends in a café, bar, or restaurant, but you’re spoiled for options in Birmingham. Bars range from typical pubs to upmarket cocktail or piano bars, regardless of the cuisine you prefer. Nightclubs are in abundance, or there are casinos too. Families in Birmingham, UK can visit The world-famous Drayton Manor is not far away with rides and attractions spread over 280 acres of land if you and your family enjoy thrills and spills, and do not forget to visit the zoo here as well.

Music & Theatre in Birmingham, UK, every evening in the city, you will find live music in all genres; all you need to see is the venue to play your music of choice. Rock, indie, soul, jazz, and classical can all be found here, where local and touring musicians play, plus a whole host of other music types. Theatre styles vary from both newly published and past favorites to famous West End plays. Nature and parks in Birmingham, in any direction from Birmingham city centre you can drive just 30 minutes by car and be in the beautiful countryside with its array of flora and fauna. There are, however, many beautiful parks with plenty of green areas throughout the city. Some are perfect for kids with play areas and climbing facilities.

Where can you visit close to Birmingham, UK?

Birmingham is close to many beautiful places, and you can visit many lovely villages and towns within a 30 mile radius if you want to get away from the city for the day. Stratford-upon-Avon is home to the RSC and, of course, Shakespeare.

A visit to Warwick Castle, founded in 1068 by William Conqueror, is a must in the summer months. It is just 26.9 miles from Birmingham and hosts jousting shows, birds of prey exhibits, plus other family-friendly activities. Royal Leamington Spa’s impressive spa town is just 27.6 miles away, and you can spend a sunny Saturday here mooching around the popular Pump Rooms and Bath Houses.

What are the travel networks in Birmingham, UK like?