Slough is one of the UK’s best places to live and work. It’s 32 km (20 miles) west of central London and 29 km (18 miles) northeast of Reading. At the M4, M40, and M25 motorways, it is in the Thames Valley and within the Greater London Metropolitan Area, offering excellent transport links. It is just under 10 miles from Heathrow Airport, providing daily international travellers with speedy entry. Slough is also benefiting from the growth of Western Rail, expected for completion in 2021. It will provide faster access from Slough to Heathrow once it is completed. The rail travel time is only a 23-minute ride to T3 and less than 15 minutes for a quick drive. Slough is renowned for its excellent job opportunities and its ideal United Kingdom location.

What is the history of Slough, UK?

Over time, from many small villages and hamlets, Slough has grown to converge as one community. There were those villages scattered along the Great West Route. One of the hamlets, back in 1196, was renamed Slo, which eventually became Slough. Slough was a critical ‘pit stop’ throughout the 17th century for stagecoaches to change horses from London to the West Country on their journey.

Slough had her railway line to Windsor for Queen Victoria with the invention of the railway in 1838. More travellers also used the Great West Road during this period of change, and many taverns and inns were built; thus, bringing work to the area. 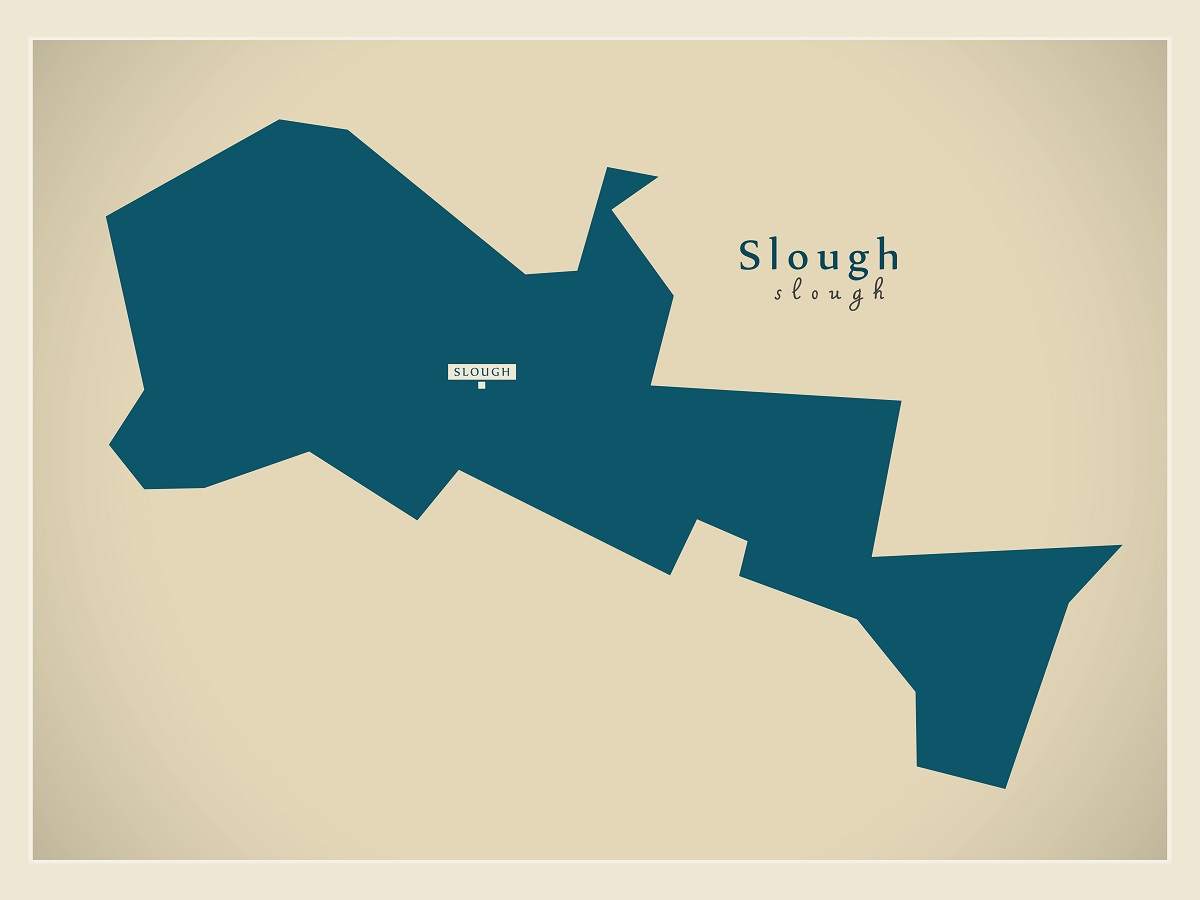 In 1825, Slough saw the growth of agriculture and nurseries, and the popular Cox’s Orange Pippin apples were produced there. The Slough Cattle Market was held every Tuesday from 1851 to 1988. The car trade arrived in Slough and has become the central hub for Fiat, Ferrari, and Mercedes.

Where is near Slough, UK?

Slough is an ideal place to live and work, and within an 8-mile radius of Slough, you can visit many towns and villages, such as Windsor (2 Miles), Stoke Poges and Burnham (3 miles), Taplow and Iver Heath (4 miles), Maidenhead (5 miles), Denham, Egham, and Beaconsfield (6 miles) and Ascot Heath (4 miles). These charming towns and villages make a different, pleasant Sunday afternoon stroll somewhere new.

What is the attraction to Slough, UK?

With over a £ 7.5 billion turnover and growing, this famous city is booming. There, multinational corporate headquarters make their home, preferring Slough over London due to the capital’s rising costs. Mars, O2, Amazon, and Telefonica have all agreed to make it their headquarters. According to FDI intelligence’s European Cities &amp; Regions of the Future&#39; report, over 5000 companies and 82,000 jobs are currently in Slough. It is ranked as the 3rd most promising infrastructure region in Europe. The M4 offers easy access to the UK hub for business for commuters who are employed in London. The current rail travel time from Slough to London is as follows: 32 minutes from Bond Street, 39 minutes from Liverpool Street, and 46 minutes from Canary Wharf.

What is there to do in Slough, UK?

While Slough is probably best known as a business city, there are many places to take time out and many local attractions to enjoy. Windsor Castle, this castle of the 12th century is the largest in England and is set in gardens and grounds of 13 acres. It is the Queen’s favourite residence and is the only royal castle that has been occupied continuously since the Middle Ages. Incidentally, it is also the world’s largest inhabited castle. Royal Windsor Racecourse, this racecourse is practically on your doorstep for those who want a day at the races and fancy a flutter. Windsor is known for its horse racing connections going back to Henry Vlll, but until 1866, the first horse racing event was not held at Royal Windsor. For kids and young teens, Legoland/Windsor is a fun day out. It opened in 1996, becoming the UK’s third most successful attraction. Virtually everything was built from Lego bricks there. A Grade 1 listed building, Dorney Court, has been open to the public since 1981. This historic building gives a glimpse into the past, and it is a pleasure to walk around the landscaped grounds. Cliveden is managed by the National Trust and overlooks the Thames River. It has beautiful gardens that are home to topiary, statuary, water gardens, a formal parterre, woodland, and walks along the river.Runnymede, is where King John signed the Magna Carta in 1215. This primarily influenced English history, and this monumental act took place along the banks of the Thames River near Windsor. 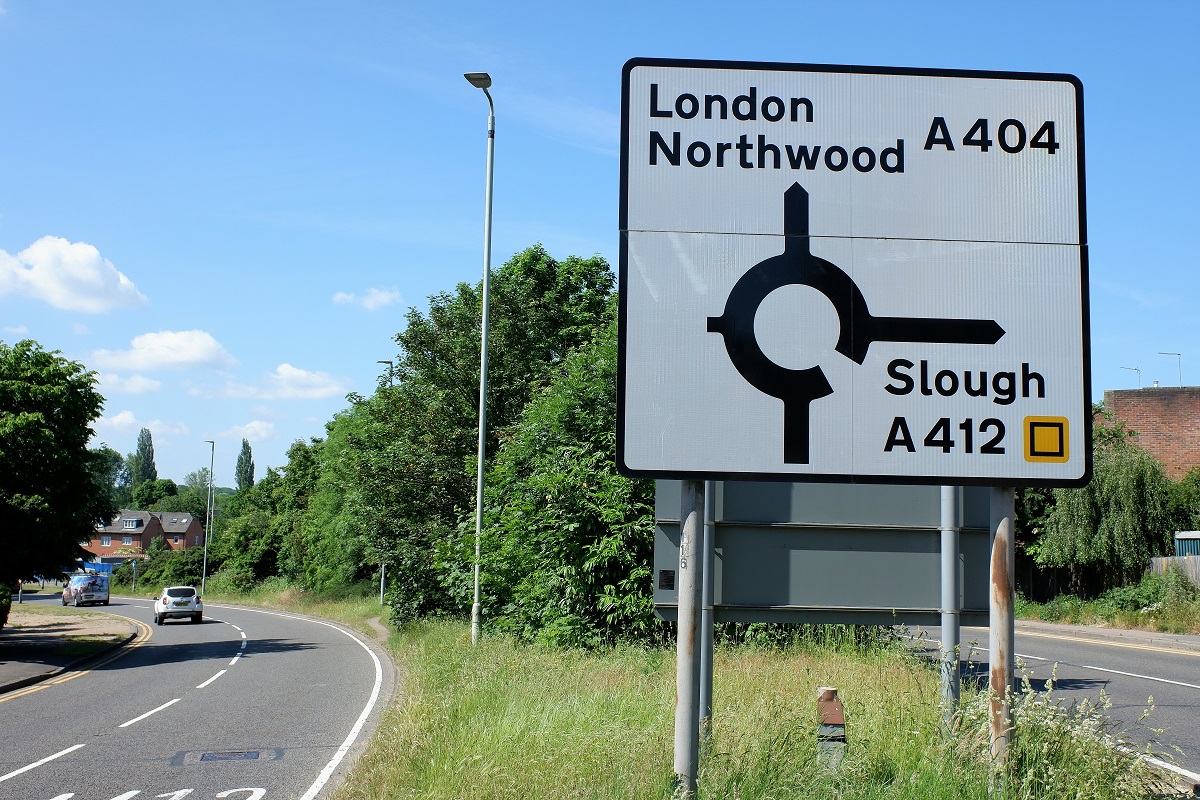 Queen Anne famously built the Ascot Racecourse over 300 years ago. It is most renowned today for its racing in June, which takes place over five days and is full of style. During the five days along the racecourse, the Royal Procession arrives regularly. It is a must for kids to visit Odds Farm Park. This 40-acre farm park enables kids to help feed the animals, and some are allowed to pet. It&#39;s a nice day out, and it teaches kids how to care about animals and enjoy them.

The oldest model village in the globe is Bekonscot Model Village. It has perfectly portrayed 1930s rural England for the last 80 years.

Colne Valley Regional Park, with waterways, woodland, and farmland, spans 40 square miles of the lush English countryside. Flora and fauna are abundant, and it is a lovely place to walk around and let the children run off some steam. Look Out Discovery Centre is home to over 90 interactive exhibits. They are designed to entertain and educate children of all ages and adults.

This is a perfect place on a rainy afternoon to visit and keep the kids amused. Within an eight-mile radius of Slough, all of the above attractions are found. Travel a little further, and you can visit many more places of interest. Sports and leisure activities in Slough, are plentiful, you will not be disappointed with the array of activities you can partake in to stay fit and safe for those of you who want to keep busy and active. The fitness centres offer activities such as a full-size ice rink, a skate store, a climbing wall, a full gym, and a new refreshment cafe. Ten-pin bowling, trampoline zone, battle pit light chase game, high-wire climbing, caving area, games area, and wide soft play area. All ages are catered for, and for everyone, there is something on offer. There are swimming pools, tennis courts, and cricket pitches, you can sign up for the teams, and if you are new to the Slough area, and have just invested in a new home, it’s a great way to meet people. There are parks and plenty of green spaces for biking and weekend cycling. There are allotments that you can apply for if you wish. Working and living in Slough, UK provides you will a balanced home life and work environment. You don’t need to commute to the capital, with big-name companies relocating to Slough.