Foreign house sales in Antalya have reached an all-time high. Industry insiders predict by the time the year finishes, 10,000 apartments and villas would have been sold, reflecting a 19% increase year on year.

The success comes on the back of a lucrative exchange rate and reduced entry levels for Turkey’s citizenship by investment scheme. The region is also home to Turkey’s number one touristic airport with frequent flights to many countries all year round.

Being Turkey’s number one beach holiday destination that appeals to many nationalities, including Russians, Germans, Brits, and Gulf nations, has also aided in mass promotion of properties to the international market.

Turk Stat (Turkish Statistical Institution) says in the first nine months of 2019, foreigners purchased 6,257 homes in the region. The top nationality of buyers were Gulf and Middle eastern nationalities, although sales to Azerbaijanis, Brits, Russians and Germans are on the rise, accurately reflecting its cosmopolitan atmosphere. Newspaper reports say that the average price of homes sold was $135,000.

Buyers flocked to many districts, including the central Konyaalti and Lara beach areas, golfing Belek, Side, Kemer, Kas, and Kalkan. Besides summer holiday homes, some foreigners have settled in all areas to form large communities of expats. (Read More: Why expats choose the Antalya region.)

The Alanya area features heavily, among German buyers. In recent years, mass promotion has paid off increasing tourism to the region, and this knocked on the real estate industry with many tourists buying summer houses. (Related reading: Buying property in Alanya.)

The increase of popularity among international buyers falls in line with the rest of the country. Official stats show that during the first half of 2019, foreign houses purchases generated 3 billion USD. 20,000 homes were sold to foreigners during the first six months, reflecting a 70% year-on-year increase.

To date, the month of June was the most popular with 2.698 homes sold. Most popular areas in order were Istanbul, Antalya, Ankara, Bursa, Yalova, Sakarya and Trabzon. Top buying nationalities in order were Iraqis, Iranians, Russians, Saudis, and Afghans.

Antalya Property Investment: Discussing foreign house sales in Antalya and its popularity for tourism and real estate, this article is a brief introduction and buyer’s guide for anyone thinking of buying a home in Turkey. Including reasons to buy, and where, we also look at the citizenship investment scheme. 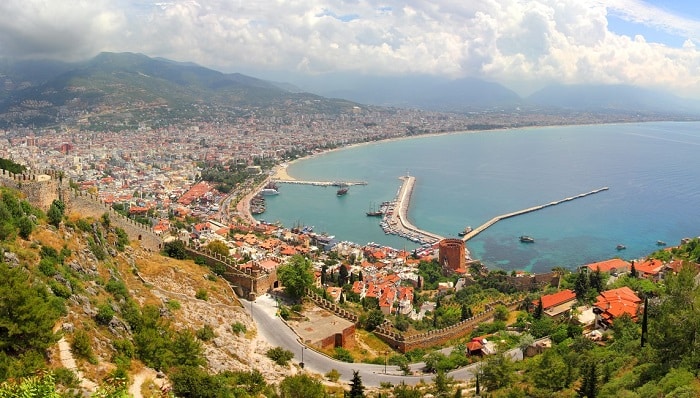