Home > News > Where Do Foreigners Buy Property in Turkey?

Where Do Foreigners Buy Property in Turkey?

Turk Stat, the Turkish statistical Institution, say specific areas are more popular than others for foreigners buying property in Turkey. Reviewing the data for 2017, foreigners purchased a total of 22,234 houses in Turkey. The top buying nationalities were Iraqis, Saudi Arabians, Kuwaitis, and Russians to name but a few.

Brits buying homes in Turkey ranked in at 7th place with a total of 794 houses. A sizeable number of Brits are likely to have purchased in the Mugla, Aydin and Antalya provinces that cover the Mediterranean and Aegean coasts and are home to large pockets of expat and holiday homeowners.

Where Foreigners Buy Property in Turkey 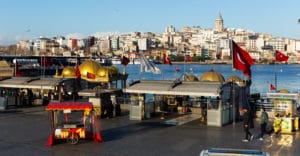 In 2017, foreigners bought 8,182 homes in Istanbul, the hub of business, economy, finance and tourism in Turkey. Istanbul is currently undergoing a housing modernisation program with investors purchasing residential apartments in large, modern, skyscraper buildings with a choice of onsite community features.

4,707 homes were sold to foreigners in the Antalya region sitting on the south Mediterranean coast. The area includes many smaller coastal districts including historical Side, vibrant Alanya, the beach resort of Kemer and the golfing capital of Turkey that is Belek.

Homes in Antalya city centre are also favourites because of the nightlife and shopping choices as well as its two famous beaches, Lara and Konyaalti. As well as being the second most popular area for foreigners buying property, it also ranks second on the list of most visited holiday destinations.

Bursa was a latecomer when it came to the international real estate market, but it has boomed in popularity since 2014, as increasingly more Middle Eastern nationalities chose to buy property in Turkey. It has much to offer potential foreign real estate investors including historical landmarks in the city centre and large green areas for pleasure and relaxation. Bursa is also home to Uludag, a top skiing destination in Turkey.

Yalova’s popularity, with more than 1,000 homes sold to foreigners also started to climb in 2014, while the northeastern district of Trabzon, ranked in at 5th place. Famously known for its production of hazelnuts, the city is also the closest access to the mountain plateaus of Ayder and Uzungol. Lastly, the Aydin region on the Aegean coast that includes popular expat districts like Didim and Kusadasi ranked in at 6th place with 826 sales to foreigners.

In general, house sales to foreigners rebounded in 2017 after two disastrous years and experts predict that 2018 could be the best year yet. For more real estate and investment news coming out of Turkey, follow Spot Blue on Facebook.